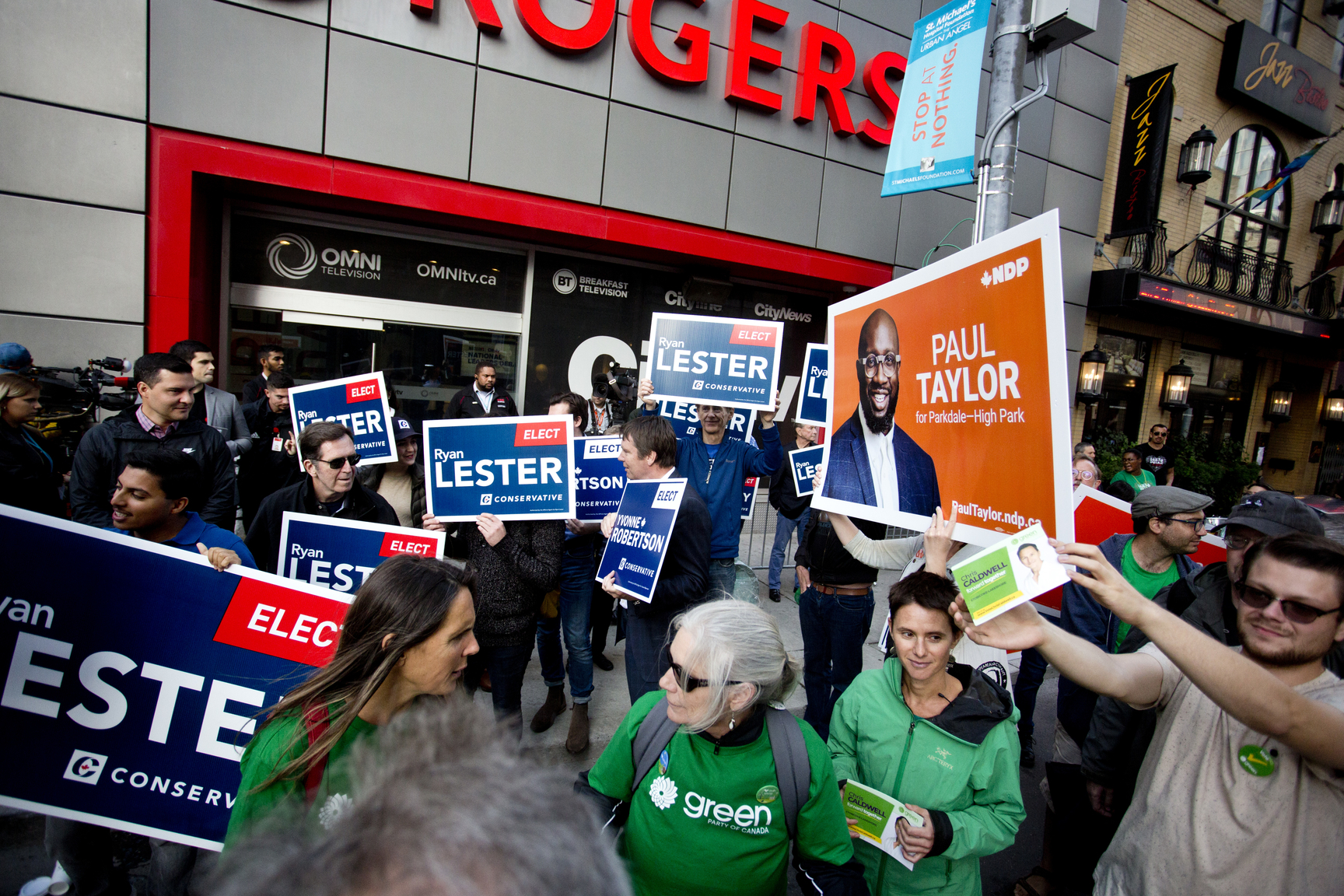 The influence of targeted online campaigns filled with hoaxes and rumours had a significant impact on the 2016 U.S. presidential election, the 2017 French presidential vote, the 2018 Brazilian national election and the events leading up to the United Kingdom’s Brexit. Canada was seen as one of the few holdouts that had, until now, avoided the type of viciousness and outright lies that have disrupted modern day political campaigning.

One theme that has emerged is the limitations of Canada’s election-integrity laws.

In Sept. 2018, Canada created an election-integrity task force of officials from the RCMP, Global Affairs Canada and Canada’s two intelligence agencies. This panel of bureaucrats — called the the Critical Election Incident Public Protocol — was tasked with investigating threats to Canadian elections, activated as soon as the election is called. But the panel is mainly focused on foreign meddling, and all members must sign off before it will notify the public of important incidents. No such alarm was raised.

It's also worth remembering that six months ago, the Liberals, Conservatives and NDP all signed on to a global election-integrity pledge through which they vowed to crack down on the use of social media bots and avoid the dissemination of "falsified, fabricated" disinformation.

But if we’ve learned anything over the course of these 40 days, it’s that these laws and oversight bodies didn’t stop false memes from spreading or a fake sex scandal about the prime minister from entering the mainstream discourse.

In July, National Observer’s Caroline Orr reported how bot interference made #TrudeauMustGo a trending topic on Canadian Twitter. According to Orr’s analysis, much of the activity surrounding the hashtag was actually driven by accounts tweeting at non-human rates, including about two dozen accounts created in just 48 hours.

Two weeks into the election campaign, a photo of Elizabeth May was found to have been photoshopped to remove a plastic cup from one of her campaign photos.

Then, on Sept. 18, a week into the campaign, Liberal leader Justin Trudeau’s blackface and brownface photos opened the door to memes — a commonly-used tool to spread misinformation.

Researchers from the Harvard Kennedy School’s Shorenstein Center found a rise in fake images related to the image, which were being shared online among prominent U.S. operators who have amplified disinformation in the past.

If we’ve learned anything over the course of these 40 days, it’s that Canada's #elxn43-integrity laws and oversight bodies didn’t stop false memes from spreading or a fake sex scandal about the prime minister from entering the mainstream discourse

As National Observer’s disinformation reporter Emma McIntosh reported, in Canada, memes with false or contorted information have been spread by groups with seemingly patriotic names that are often funded by corporations — which aren’t allowed to donate to political parties — and wealthy donors, who are limited in how much they can donate to parties and candidates.

Throughout the campaign, Trudeau has been a frequent target for meme-makers. Some of his speeches have also been manipulated into misleading videos that are rapidly posted and shared on social media.

However, many of these memes were created by internal actors, like Canada Proud and its sister groups. There isn’t yet any evidence that foreign actors have used these tactics to interfere with the Canadian election.

A survey of the disinformation campaigns that have been revealed over the campaign shows that election influence in Canada is more partisan in nature.

A National Observer investigation explored how Canada’s oil and gas lobby were collecting personal data as they ran an online campaign to “Vote Energy” through memes, videos and more.

The Globe and Mail found that the Manning Centre — an organization founded by former Reform Party leader Preston Manning — is the driving financial force behind a network of anti-Liberal Facebook pages pumping out political messaging and memes during the federal election campaign.

All of Canada Proud's campaign spending has gone through a company owned by the right-wing political advocacy group's founder.

There were also reports of the Chinese social media app, WeChat, peddling partisan advertisements, including a Conservative attack ad. The social media company told CBC that is does not accept or support political ads, but that they had been shared by a user. While Elections Canada has admitted it keeps an eye on WeChat, it couldn’t confirm what ads it had seen.

WeChat ads also played a role in fear-mongering in one Toronto riding, according to a Vice Canada report, where the partisan ads online translated to an aggressive ground campaign in a too-close-to-call suburb.

The final weeks of the campaign brought a particular explosion of fake news and partisan misinformation. A handful of fringe media sites ran a series of anti-Liberal stories, many that specifically targeted Trudeau.

The bombshell moment came when rumors spread online of an imminent Global and Mail story that would reveal Trudeau was fired from Vancouver’s West Point Grey Academy, where he was a teacher, for having sexual relations with a student or parent (depending on the source).

But that didn’t stop The Buffalo Chronicle, a fake news platform, from writing a story about it — giving cause for far-right online platforms True North and the Rebel to start asking the prime minister about the imagined incident after the Oct. 7 English-language debate.

The fact that the story was completely false also didn’t stop the online machine from spreading the false rumors — spurred in part by the Conservatives sending a press release asking, “Why did Justin Trudeau leave his teaching job at West Point Grey Academy?”

The rumour mill started again when, just a week before election day. Trudeau was forced to increase security measures because of a security threat. At a campaign stop in Mississauga, Ontario, he donned body armour and was guarded by a uniformed tactical team.

The online discourse once again was full of conspiracies no one could stop from spreading. Some suggested the whole incident was staged to garner sympathy for Trudeau.

What transpired showed that the potent role of these social media organizations was overlooked or underestimated time and again.

For example, Reddit was a major driving force spreading unsubstantiated allegations that the prime minister was immersed in a non-existent sex scandal.

The federal government left an April meeting with social media platform Reddit believing the organization doesn't "have a great deal of problems with 'fake news,'" and is not “particularly useful for co-ordinated disinformation campaigns,” according to internal documents obtained through freedom of information by McIntosh.

As she reported, "It’s a platform where, for years, hate speech and disinformation have thrived within certain Canadian sections of the website."

Editor's note: This story was updated at 6:16 AM

By The Canadian Press | News, Politics | October 20th 2019
Race to a Safer World

The writer conveniently neglects to mention the fliers which the NDP distributed in BC ridings which contained patently false information about the Green Party and its leader. Even the CTV Truth Tracker agreed they were not true. How can a responsible reporter miss that while focusing on a straw?