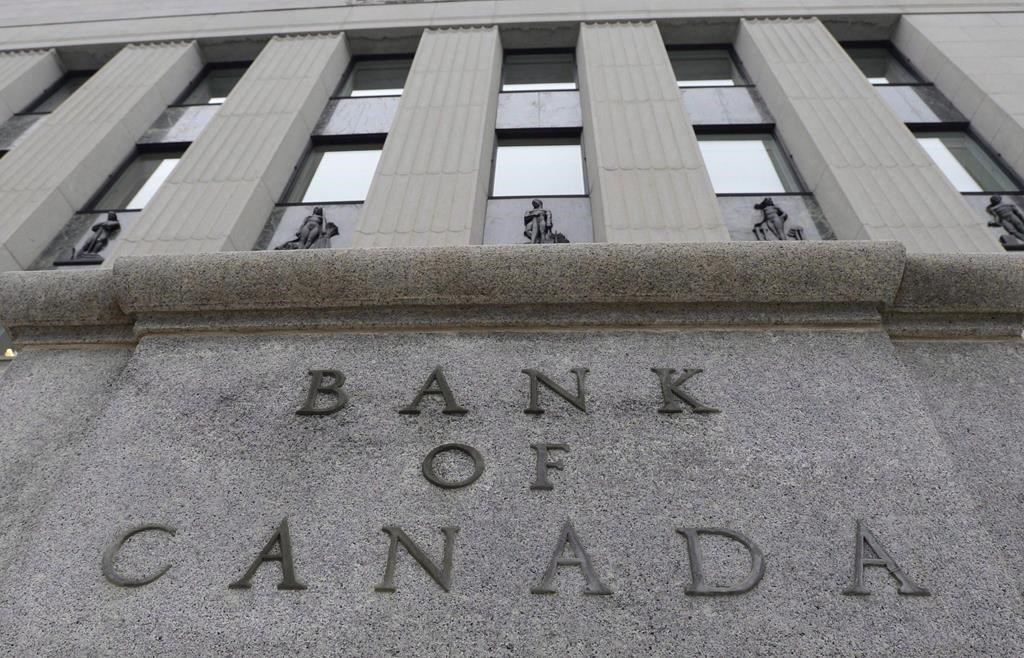 The Bank of Canada is seen on Wednesday, September 6, 2017 in Ottawa. File photo by The Canadian Press/Adrian Wyld
Previous story
Next story

The Bank of Canada prepared to increase the cash it pumps into the financial system and Finance Minister Bill Morneau stressed the need for fiscal measures to manage the impact of COVID-19 as official Ottawa responded to another market plunge.

Thursday saw sharp drops on North American stock markets: 12.34 per cent on the S&P/TSX composite index, and a 9.99 per cent drop on the Dow Jones industrial average — its worst day since 1987.

The Bank of Canada responded with a $7-billion promise to the country's banking system and an expansion of its bond buy-back program, making moves it hasn't used since the financial crisis and downturn just over a decade ago.

Earlier in the day, the U.S. Federal Reserve pumped vastly more money, US$1.5 trillion, into American financial markets, which did little to stop the bleeding on North American stock markets.

Canada's central bank said in a release that its own two measures are aimed at supporting "the continuous functioning of financial markets," and foreshadowed that more tools could be pulled out.

Just last week the bank slashed its trend-setting interest rate by half a percentage point, lowering the cost of borrowing to encourage spending and stimulate the economy.

At the time, governor Stephen Poloz left the door open to lowering the key rate target from 1.25 per cent, the lowest it has been since early 2018, depending on how deep COVID-19 cuts into the domestic economy.

Likewise, Morneau looked to calm markets during a hastily called media availability Thursday evening outside the House of Commons.

He said the government was focusing on funding the country's health care system, which would also help with the economic challenges Canada faces. And he talked about the need for Parliament to help put the necessary measures in place to deal with whatever may come.

"That's important and we are working towards ensuring in all ways that we're prepared for a changing and volatile situation," Morneau said.

After he spoke, the government put a hefty supply bill — money to keep the government running — on the House of Commons' order paper. If passed, it could allow federal operations to continue throughout an extended shutdown of Parliament.

Nevertheless, Morneau said that the budget would still be released on March 30, despite COVID-19 scares on Parliament Hill with MPs going into self-isolation, including Prime Minister Justin Trudeau.

The finance minister said he has asked a cabal of private-sector economists to provide their estimates of economic growth, but multiple forecasts have downgraded economic growth projections to under one per cent.

A $1-billion federal package Trudeau announced Thursday includes measures to ease access to federal benefits for workers who must be isolated or reduce hours to avoid layoffs at affected companies. It also promises an increase in lending through Crown corporations to help companies access credit, and flexible payment schedules with the Canada Revenue Agency.

Economists warned the spending is too little to avoid a recession in this country.

Scotiabank chief economist Jean-Francois Perrault said an immediate stimulus package valued at about one per cent of GDP is required — meaning in the $15 billion to $20 billion range.

"An underwhelming policy response, as we have seen to date, carries with it the very real possibility of a vicious feedback loop in which fear continues to feed upon itself," he wrote in a research note on Wednesday.

"This is to be avoided at all costs."