Ottawa to announce plan to help with COVID-19 economic shock 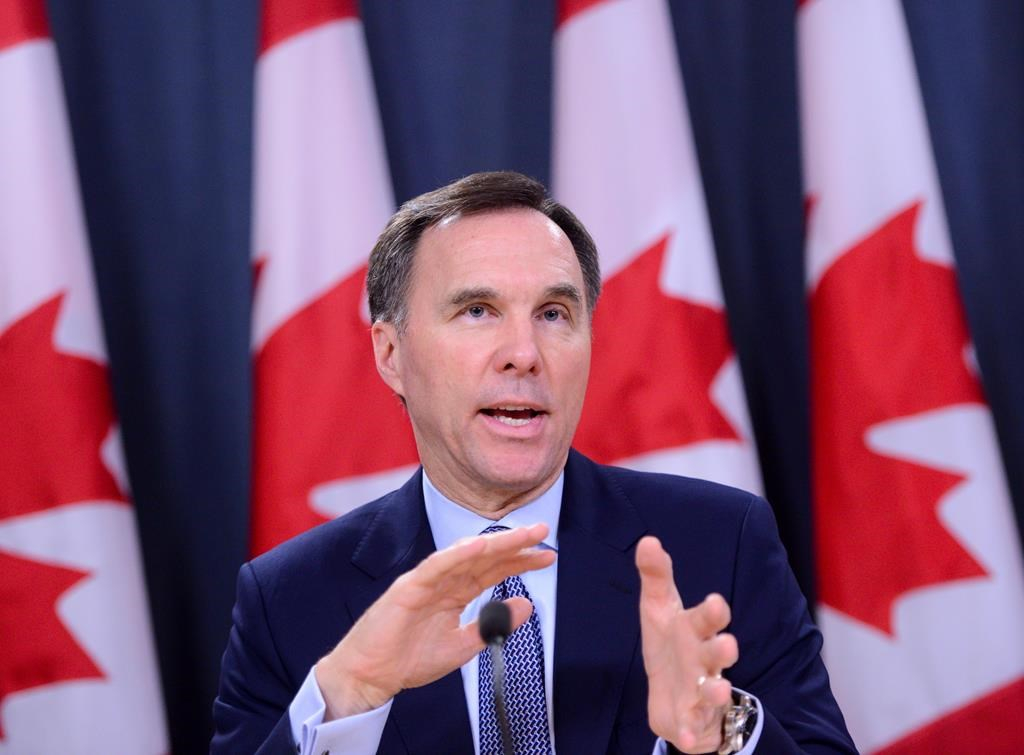 Minister of Finance Bill Morneau takes part in a press conference at the National Press Theatre in Ottawa on Friday, March 13, 2020. File photo by The Canadian Press/Sean Kilpatrick
Previous story
Next story

Prime Minister Justin Trudeau said Monday that the details of the spending package would arrive imminently, with measures rolling out in the coming days to buffer the economy from the sudden shock of the novel coronavirus pandemic.

He also suggested that more measures may have to be taken in the long term to help restore consumer and business confidence.

A number of moves have been debated, such as temporarily boosting the value of the Canada Child Benefit and providing grants to workers who don't qualify for employment insurance, such as gig economy workers.

The federal government has also said it is closing its borders, effective Wednesday, to most foreign nationals except Americans and is barring anyone, including Canadian citizens, with symptoms of the novel coronavirus from boarding flights back home.

Calgary-based airline WestJet announced late Monday it was suspending all commercial international and transborder flights for a 30-day period, refocusing its efforts on repatriation flights for Canadians stuck abroad.

Ontario asks bars and restaurants to close amid COVID-19 pandemic

Feds cancel some flights to avoid firewall between U.S.-Canada border