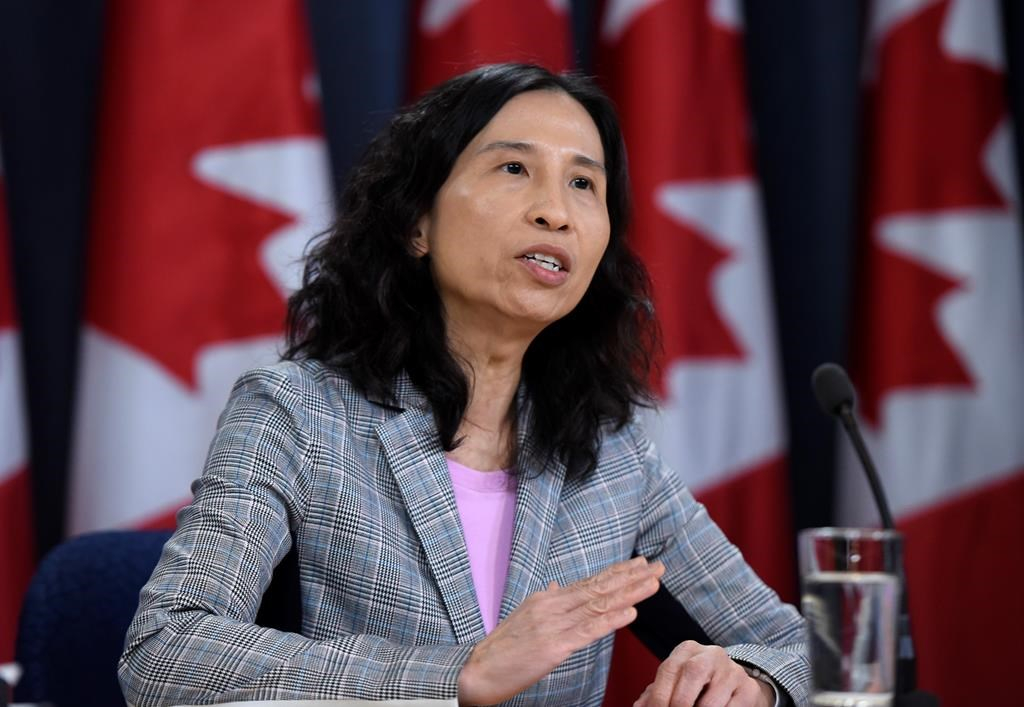 Chief Medical Officer of Canada, Dr. Theresa Tam during a press conference on COVID-19 on March 16, 2020 in Ottawa. Photograph by The Canadian Press / Justin Tang
Previous story
Next story

Canada's top doctor says it might be months until we know whether social distancing measures being employed across the country are slowing the spread of COVID-19.

Canada has seen a "concerning" daily in the number of cases of COVID-19 across the country. The latest federal count is 800 cases and 10 deaths, and Alberta recorded an additional death after that tally.

But the numbers of newly confirmed cases released daily reflect people who were tested days ago, and they would have spent several days with the virus that causes COVID-19 before developing symptoms.

"I always tell people it's a bit like the light from a star," said chief public health officer Dr. Theresa Tam in a Thursday news conference.

"What you're seeing reported today is something that actually happened a while back."

Across the country people have taken drastic measures to limit their contact with others and keep the virus from spreading.

Some provinces have even mandated the closure of certain businesses to make sure people don't gather in large groups.

It's all in an effort to make sure there isn't a sudden sharp increase in the number of cases, so that the spread of the virus is slowed over time. Public health experts call it "flattening the curve."

"What I would like to see, and I'll be watching very closely in the next two weeks or so, what actually happens to that curve," Tam said.

Most cases of the virus in Canada have been mild, and found in people of working age. But it can be far more serious for older people or people with underlying health conditions.

So far the demographics of people who have contracted COVID-19 matches what other countries are seeing as well.

We won't know if isolation is working for weeks, months: Tam

Today Tam called for Canadians to not flatten the curve but "plank it."

In China and South Korea, which saw major outbreaks before Canada, it took about two and a half months to get the situation under control, Tam said.

Ideally, she said, Canada will never reach the point others did.

"I'll see how Canadians do in the next couple of weeks," she said.

The main concern is cases that can't be linked to international travel or any other known source, she said. Those infections show there's a possibility of the virus spreading undetected.

Right now, about 83 per cent of cases in Canada are in recent travellers and their close contacts. The rest are being investigated by public health officials to see where those people may have come into contact with the virus.

Some have been connected to clusters of the virus found in people who all attended the same conference, or in people who live in the same long-term care home, for example.

This report by The Canadian Press was first published March 19, 2020.