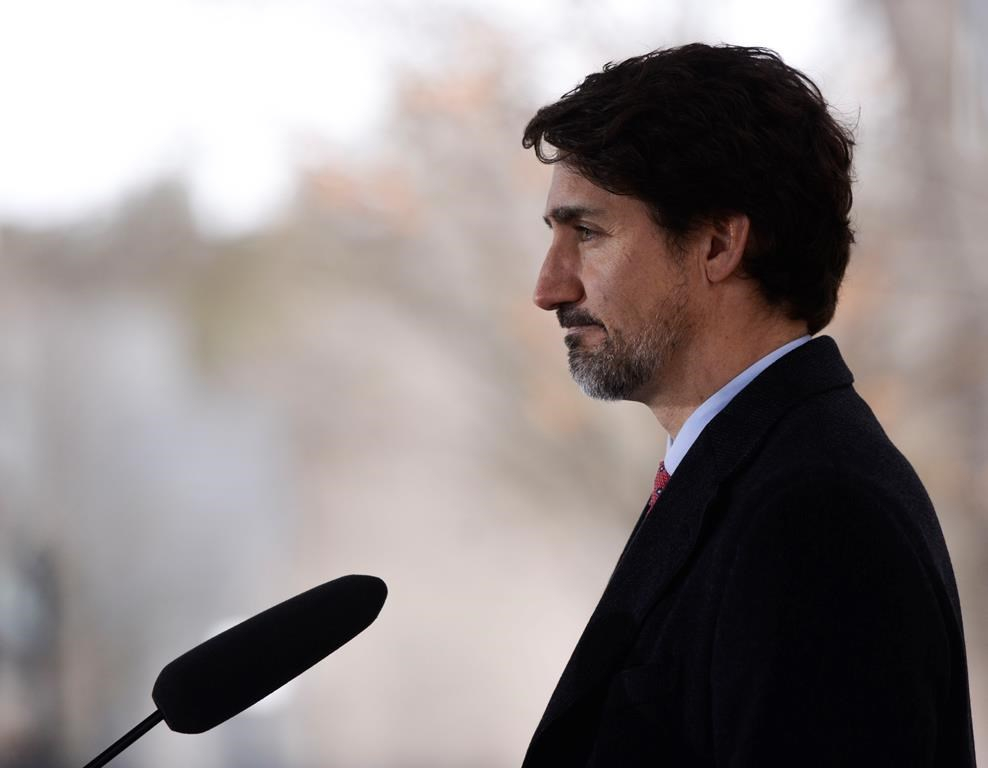 Canada is discouraging the United States from sending American soldiers to the border to intercept illegal migrants who could spread the COVID-19 contagion, Prime Minister Justin Trudeau said Thursday.

Trudeau confirmed that the two countries are discussing the possibility, which was first reported by Global News.

"Canada and the U.S. have the longest unmilitarized border in the world, and it is very much in both of our interests for it to remain that way," Trudeau said during his daily briefing outside Rideau Cottage in Ottawa.

"We have been in discussions with the U.S. on this."

The two countries already have a mutual ban in place on non-essential travel, but the movement of trade, commerce and cross-border workers has been allowed to continue — a clear sign that both Ottawa and the White House share a belief in the economic importance of avoiding a complete closure.

But President Donald Trump has long been seized with securing his country's southern border with Mexico, and has recently been talking about fortifying those efforts under the pretence of protecting Americans from the novel coronavirus.

On Monday, the U.S. announced a 30-day agreement with both Canada and Mexico that includes immediately returning any illegal migrants to the countries from which they arrived, or to their countries of origin if that isn't possible, rather than holding them at facilities in the U.S.

"To help prevent the introduction of COVID-19 into our border facilities and into our country, aliens subject to the order will not be held in congregate areas for processing by (Customs and Border Protection) and instead will immediately be turned away from ports of entry," the Department of Homeland Security said in a statement earlier this week.

"Those encountered between ports of entry after illegally crossing the border similarly will not be held in congregate areas for processing and instead, to the maximum extent feasible, will immediately be returned to their country of last transit."

As part of that trilateral agreement, Canada has also agreed to send so-called "irregular" migrants who cross the border somewhere other than at an official port of entry back to the United States.

Canada in talks with the U.S. to avoid troops at the border, says Trudeau

Canada has since also imposed a mandatory quarantine on anyone entering the country, regardless of whether they have symptoms of COVID-19; with the promise of steep fines or even jail time for violators.