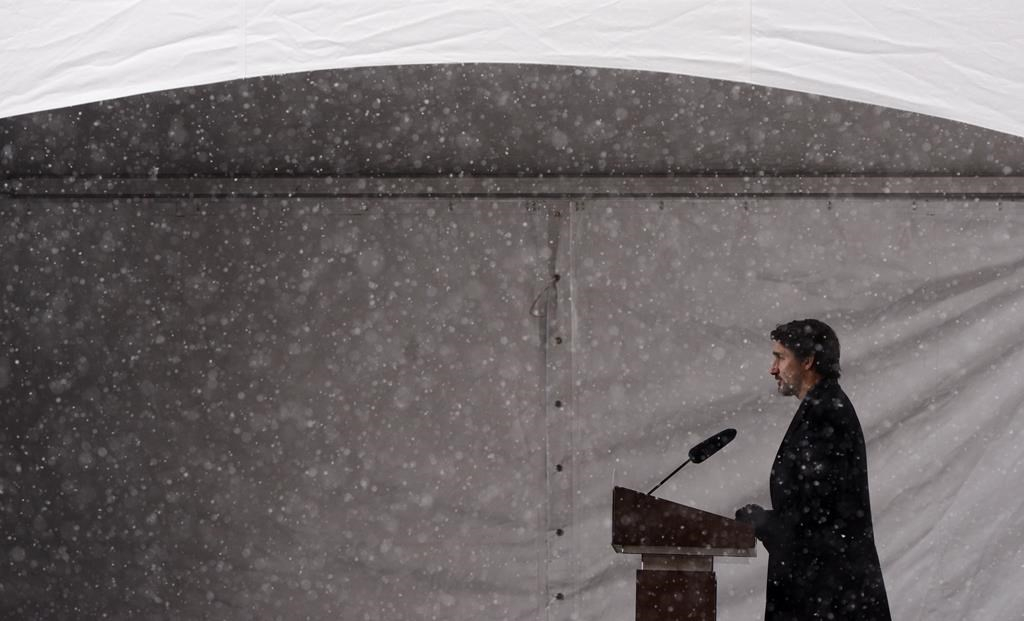 While Canadian businesses wait for Parliament to approve a $73-billion wage subsidy program, Prime Minister Justin Trudeau is expected to highlight today another measure that will tide some companies over in the meantime.

At his daily briefing on the deadly COVID-19 pandemic, Trudeau is expected to draw attention to the Canada Emergency Business Account.

Under the program, the federal government is backing interest-free bank loans of up to $40,000 for small businesses and not-for-profit companies that have seen their revenues drop as the economy has deteriorated.

Qualifying companies must be able to demonstrate that they paid between $50,000 and $1 million in total payroll last year.

One-quarter of each loan will be forgivable if the remainder is paid off by the end of 2022.

The loans are intended to give small businesses some operational cash to keep afloat until other measures kick in, particularly the massive wage subsidy program.

The government has recalled Parliament for Saturday to vote on legislation required to implement the program, under which companies will be able to get a 75-per-cent subsidy on each employee's wages.

Throughout the past week, the Liberals had tried to secure unanimous consent for the bill before recalling Parliament, in order to ensure it can be passed within a few hours, bypassing the usual lengthy legislative process.

But although there's broad agreement on the bill itself among all parties, negotiations bogged down over the Conservatives' insistence that there must be regular, in-person sittings of the House of Commons in order to hold the government to account throughout the health crisis.

That issue remains unresolved but the government decided to push ahead with a Saturday sitting of the Commons anyway. Liberals hope the Conservatives, like all the other parties, will agree to pass the wage subsidy bill quickly and continue separate discussions on the longer-term issue of how Parliament should function during the crisis.

Trudeau has signalled that he favours virtual sittings of the Commons, which would allow more MPs from all parts of the country to participate and keep Commons staff safer.

For Saturday's sitting, just 32 MPs — primarily within driving distance of the capital and in proportion to each party's share of the seats — are to be in the chamber.

To help curb the spread of COVID-19 and consistent with public health advice that all Canadians should stay home as much as possible, Parliament has been adjourned since March 13.

It was recalled for one day two weeks ago to pass the first phase of emergency aid to Canadians and businesses.

This report by The Canadian Press was first published April 10, 2020.