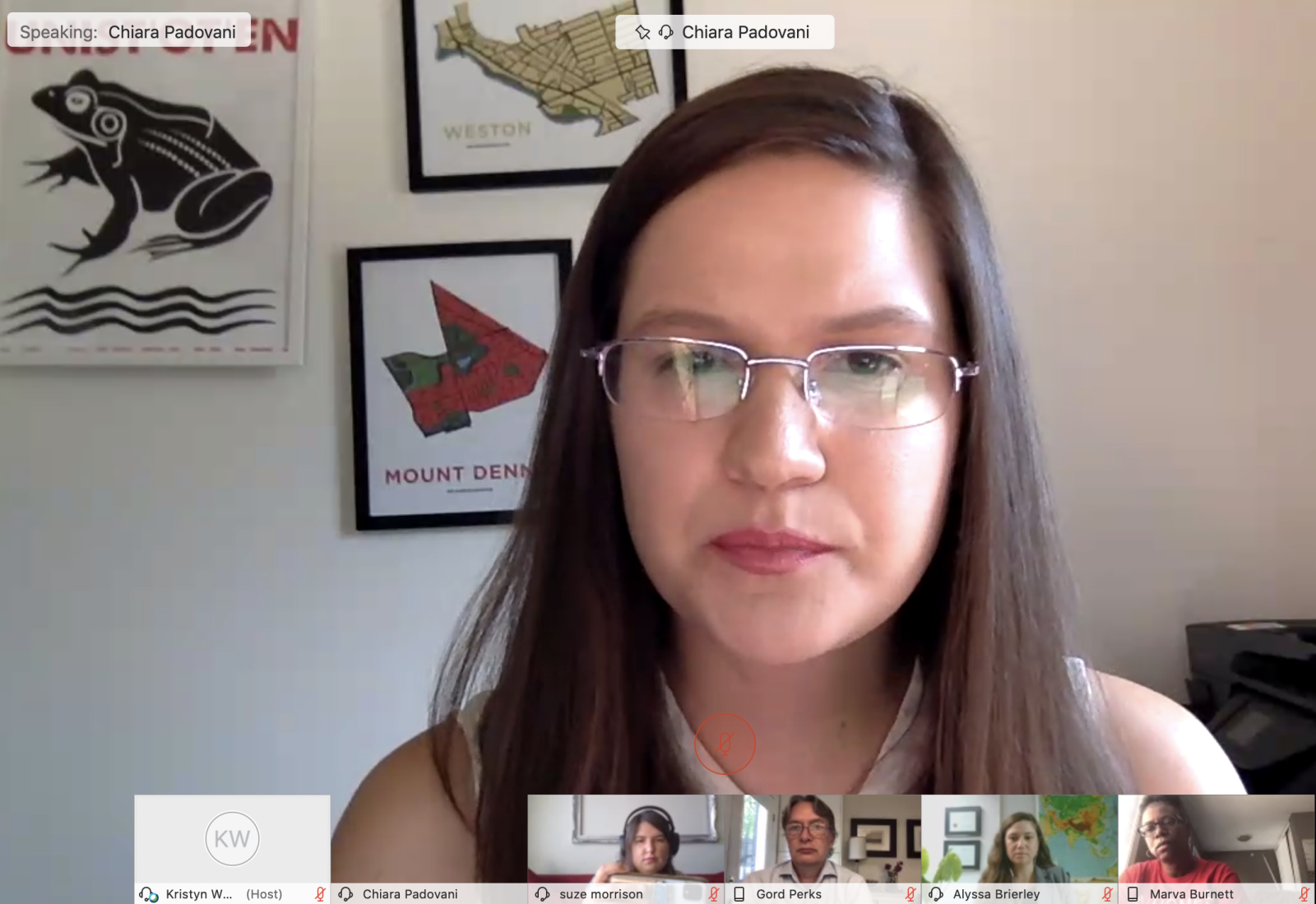 City councillors and advocates pleaded with Ontario Premier Doug Ford's government on Thursday to turn back from changes to tenancy law set to create a massive wave of evictions of the people hit hardest by the COVID-19 pandemic.

“Premier, we’re begging you,” said Kristyn Wong-Tam, the city councillor for Toronto-Centre, who hosted the virtual news conference. “We’d like to demand, we know that’s some language that we can use, but we are now begging you.”

She and fellow councillor Gord Perks joined with tenant advocates and Suze Morrison, the Toronto-Centre NDP member of provincial parliament, to call on Ford’s government to amend or scrap Bill 184. She said they could do two things to avoid exacerbating an existing housing crisis during a public health emergency.

“One is invoking stronger rent control, which is purely within the purview of the province, the other is stopping residential evictions,” she said. “Let us get to mediated agreements, let us work out a payment program if a tenant is in arrears.”

The government toughened the proposed law in committee last week to make it even easier for landlords to evict tenants hit by job loss or other pandemic-related troubles.

The bill, which the government could put on the legislative agenda for a third reading any day now, puts anyone unable to stick to a rent arrears repayment plan at risk of immediate eviction.

“If the premier continues down the path to getting Bill 184 into law, he is deliberately taking the side of wealthy people who own shares in land-owning corporations, and not taking the side of people who face being thrown out onto the street,” said Perks, who represents Parkdale-High Park, where tensions between tenant groups and corporate landlords are high.

Younger renters are particularly vulnerable to eviction given many are employed in precarious or part-time work that has been lost to the pandemic and related shutdowns.

Those between 25 and 34 years old account for 23 per cent of the province's renters, according to a 2018 survey conducted on behalf of the Federation of Rental-housing Providers of Ontario.

Critics say other groups vulnerable to being tripped up by the changes to the law include racialized communities, those earning a low income, newcomers, seniors and people with disabilities.

“That anyone would even conceive of making it easier to evict people in these circumstances, it shocks the mind,” Perks said. “Please premier, do not do this.”

The proposed changes to the law will also require tenants to provide advance written notice if they plan to raise issues of persistent disrepair during an eviction hearing in front of the Landlord and Tenant Board. Critics say tenants often rely on a shrinking Legal Aid service to navigate the complicated process.

Advocates have been warning for months of a looming crisis (a “terrifying bloodbath” as one put it in May) once Ford’s government lifts an emergency moratorium on evictions.

“I’m here with my esteemed colleagues this morning to warn anyone who will listen to us that the mass homelessness and displacement that will result from Bill 184 could be the largest human rights crisis that this province will ever face,” said Alyssa Brierly, the executive director and general counsel at the Centre for Equality Rights in Accommodations.

“This is unconscionable and it is entirely preventable,” she said. “Everyone who stands to lose their home deserves their day in court to try to prevent that from happening.”

The group said 47 per cent of Toronto households spend more than 30 per cent of their income on rent, not including arrears payments. Toronto has some of the highest average rents in the country and a very low vacancy rate.

ACORN Canada President Marva Burnett said half of their membership of 130,000 low- and moderate-income households were scared they would be unable to make rent in May.

“It's time for the provincial government to stand up for its tenants instead of its builders and developers,” she said.

Ford’s government had in 2018 revived a loophole allowing landlords to charge unlimited rent increases in newly built apartment units, after the previous Liberal government had moved to cool an overheated housing market where some rents had doubled.

While the official Opposition NDP had sought to introduce amendments in committee last week including a ban on COVID-related evictions, those efforts were rebuffed by the Progressive Conservatives.

“It will also allow landlords to keep the profits of illegally obtained rent increases,” she said. “This is effectively legalizing fraud. If a landlord hands out an illegal rent increase and the tenant unknowingly pays it for 12 months that illegal increase will now become permanent.”

'Feeling the weight of COVID-19'

Chiara Padovani, an executive member of the York South-Weston Tenant Union, got emotional describing how tenants in her area, which is located south of Highway 401 between old Toronto’s west-end neighbourhoods and Etobicoke, are “disproportionately feeling the weight of COVID-19.”

“We are home to many front-line workers,” she said. “We are the PSWs (personal support workers) taking care of the elderly, we are the cleaners disinfecting workplaces, we’re the grocery store workers at checkout, the meat packing and factory workers keeping those shelves stocked, the community workers running food banks, the Uber and the bus drivers getting us around.”

She said it is the people broader society have been championing for months who are finding it hardest to get by.

“We are the front-line heroes this pandemic has been celebrating for months, but we have always struggled to pay the high cost of housing in this city,” she said. “We are struggling to pay rent now more than ever.”

If Bill 184 does becomes law as currently written, Wong-Tam said the responsibility for the consequences will rest squarely with Ford.

As a landlord I am not too

As a landlord I am not too keen on this jacking up the rent on folks. I was a tenant at one time so I get that fear. But as a landlord I welcome giving people the boot if they won’t pay rent. As it stands it is far too easy for tenants to get into a place and not pay once they are in and then small landlords like myself lose thousands in unpaid rent because it takes months to get a judgement, at the kangaroo court called a tribunal, in your favour and sometimes months after that to get tenants out. I understand there are bad landlords and they should be brought inline. But right now it is too one sided and this new bill might make it too one side the other way.

A universal basic income would, of course, solve this problem and numerous others. The UBI has been tested and found to work well. We need to uncouple the essentials of life from capitalism.