B.C. only gets 0.5 per cent of federal funding for housing, MP finds 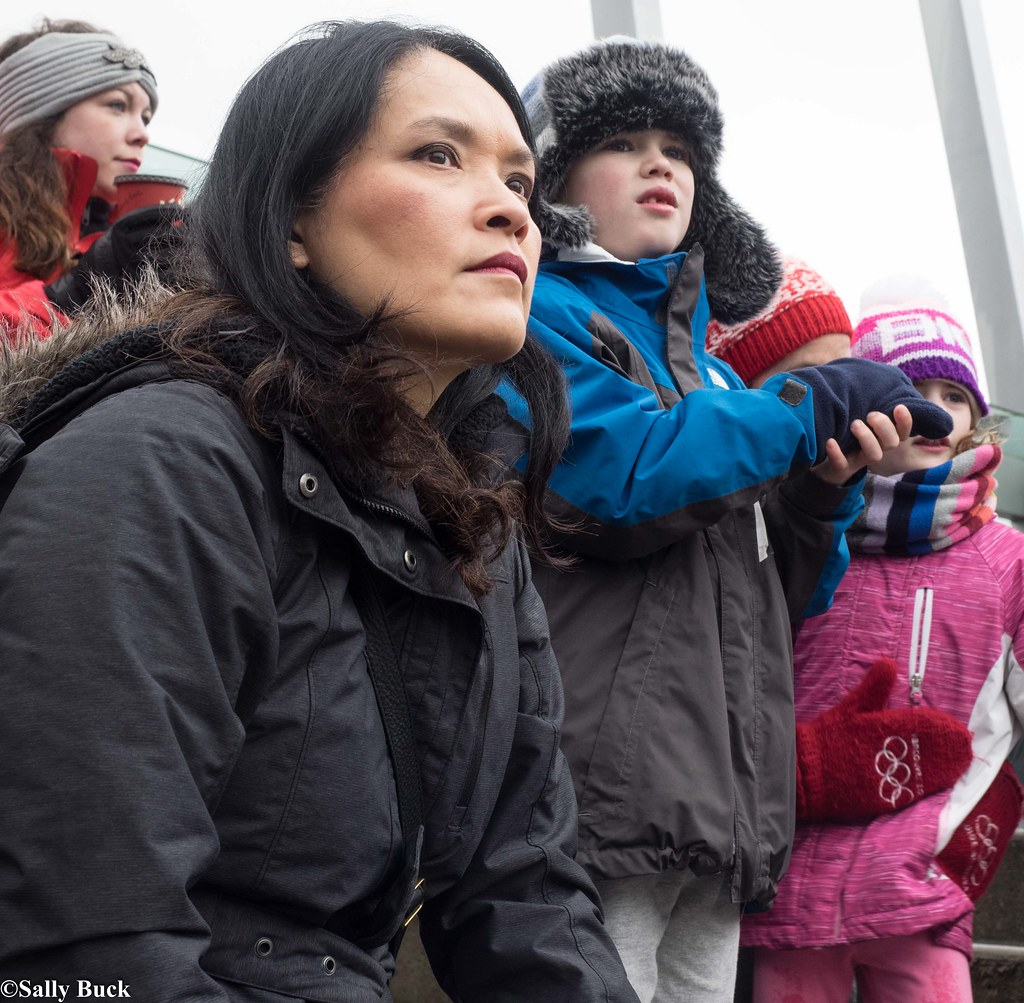 British Columbia has only received 0.5 per cent of funding from the federal government’s National Housing Strategy program, according to an analysis NDP MP Jenny Kwan has received.

The analysis is based on housing strategy numbers Kwan obtained from the federal government on April 11.

The Liberal government has pledged more than $55 billion dollars in its National Housing Strategy to cut the homelessness rate by 50 per cent by building new units and conducting repairs.

Kwan, who represents the riding of Vancouver East, said she noticed that the city's housing situation was not improving despite her Liberal counterparts saying the program was proceeding well.

“I looked at what was happening on the ground,” said Kwan. “There’s a complete disconnect with reality.”

When Kwan asked non-profit housing groups in Vancouver whether they received federal funding, she got a simple, direct answer -- “nope.”

“They all just looked at me like I was from Mars,” said Kwan, who then began the process to get figures from the housing strategy fund herself. Through a parliamentary process that enables MPs to “order” information through written questions, Kwan asked for the number of applications that were received, being assessed, and finalized by the National Housing Co-investment Fund since 2018.

B.C. received just 0.5% of grant money given out through the NHCF even without the pandemic. This is the largest component of the National Housing Strategy. Quebec and Alberta have received none of it.#CdnPoli @HonAhmedHussen #EndHomelessness #BuildHomeshttps://t.co/hRT5MRmq2T

At $16.6 billion, the co-investment fund is the largest portion of money under the National Housing Strategy program.

The data that Kwan received, which she shared with the National Observer, shows that only 23 of 432 applications have been finalized. British Columbia had two agreements, while Ontario had 12. Quebec and Alberta haven’t received any funding so far.

The agreements will fund construction for 344 units in Ontario and 66 units in B.C.

B.C. MP @JennyKwanBC wasn't seeing the housing crisis in Vancouver improve since the federal government announced over $40 billion in funds for it in 2017. So she got a hold of the numbers.

“When we received the data, it really took my breath away,” said Kwan. “I was so shocked. I knew things were bad, but I didn't realize it was going to be this bad.”

Kwan said B.C.'s need for housing is urgent, as the province deals with a pandemic and opioid crisis, which Canada’s chief medical officer Theresa Tam said has been exacerbated by COVID-19 measures.

“It seemed to me that the government is only paying attention to the pandemic, and all the other pieces are kind of falling to the wayside.”

Kwan had also asked for the average time it took for applications to be finalized after they had been submitted. She says non-profits complain the process is tedious, long and expensive, requiring answers to about 200 questions. Groups even need the help of a consultant to complete their applications.

The average number of days for B.C. agreements to be finalized was 440 days, according to data Kwan received from the government.

When Kwan made her findings public on Twitter, she also claimed the Liberal government has been “doing their best to hide these numbers” because “they don't look good at all.”

She tagged MP Adam Vaughan, the federal government’s parliamentary secretary for housing development, who had previously admitted in an interview with the Toronto Star, that Trudeau had inflated housing numbers, claiming his government had helped one million Canadians find housing, for “rhetorical advantage.”

Vaughan responded on Twitter, saying that while he had used the “worst phrase ever,” at the time he was simply trying to explain the amount of funding promised in investment to new units at the time.

Worst phrase ever... I was trying explain and explanation. We broke down the numbers to reflect exactly how many new investments we’d made at that time. Obviously some tenants got both rent support and repair dollars. Just the same as some Households have 5 member others /1

“MP Vaughn is, I suppose, a master at conflating issues,” said Kwan, adding that the numbers prove that few applications have been finalized for tangible construction to begin.

Vaughan did not reply to the National Observers's request for a comment.

Kwan said she has often found that western provinces are treated as an “afterthought,” given their distance from Ontario, were many members of Parliament are based.

When Kwan received the initial the co-investment fund numbers, she followed up with a July 29 letter to federal Minister of Families, Children and Social Development Ahmed Hussen, proposing a cost-sharing program, where the federal government goes in 50-50 along with B.C.’s provincial and municipal governments for housing development projects.

Kwan had also previously criticized the government’s Reaching Home program, a strategy that offers federal funding to shelters during COVID-19, so that they can operate under pandemic restrictions. She called for funds to be sent directly to the provinces, which Vaughan claimed would “effectively cancel” the program.

We weren’t hiding numbers we were trying to explain them...and my phrase complicated the matter unnecessarily...I’ve enjoyed the ribbing ever since! The language was bad but the numbers were (are) good...here is the chart to show how the NHS improved outcomes...more work to do./2 pic.twitter.com/Pnd5SIne5F

Vaughan did not respond to the National Observer’s request to clarify this comment.

Kwan has later clarified on Twitter that she wasn’t calling for cancellation of the program, but arguing that it wasn’t enough.

The MP is still obtaining more data, specifically for federal housing programs targeted towards Indigenous communities. She said she’ll continue to put pressure on the federal government to “come to the table” and consult with non-profit groups and Indigenous representatives. One of the first priorities, she said, was making the application process less onerous and more accessible.

“This can't be just a movie for them to watch from afar,” said Kwan. “They need to be a real participant and a real player at the table.”

William Mitchell is Professor in Economics and Director of the Centre of Full Employment and Equity (CofFEE), University of Newcastle, NSW, Australia

British Green’s leader can’t say “we will increase the deficit”!

"She could have simply said – “If we are in government, then the British people will understand we issue the currency and we will pay for this by increasing the deficit and instructing the Bank of England to credit the necessary bank accounts to facilitate the purchases.”

That is the plain truth of it.

They can do that. If there is a need for 1/2 million more social houses then they should do that as long as it is within the real economy’s capacity to provide the housing.

If it is not in the capacity then they would have to assess priorities and perhaps have to raise taxes to withdraw spending capacity from the private sector."

One could say this is just

No, I think it's something else. I've noticed this tendency with governments in general, but particularly Liberal governments and similar sort of wishy-washy-centre types. If there's something they want to be seen publicly to do because it's popular and nice and they're "nice" and their supporters tend to be nice so they want to be seen as nice, but which they know their corporate backers will hate (because it's not austerity and it represents direct public sector action rather than some variant of privatization), they make a big spending announcement, allocate the money . . . and then never spend most of it.

The nice public is more or less happy--the nice gesture was made, and the public has gotten used to the idea of efforts to help poverty not doing much of anything in the real world, so they don't ask too many questions. And the corporate backers are happy because nothing is actually being done. The right wing are happy because they get to say "Look, once again masses of money were dumped down a pit trying to ameliorate poverty and it had no effect--we need to stop bothering!"

The only people unhappy are the poor, because no masses of money were actually ever dumped in their direction--but who cares what they think? Certainly not the Liberals.

Perhaps the best way to speed

Perhaps the best way to speed up the federal money for housing in Vancouver, especially for the homeless, is to build an oil well in Strathcona Park in Vancouver's Eastside. Three hundred homeless people are currently camped there with all the attendant consequences. Immediately after rig completion, vacate the oil well and declare it "abandoned" along with a 'poor oil industry' victimhood narrative. Presto! Billions in federal cash delivered as a priority second only to the pandemic CERB grants.

The Infrastructure Bank could be part of the problem. There seems to be rusty, sticking gears within that bureaucracy whose obtuse mandate is to attract private financing at greater borrowing rates than the fed's own lower triple A credit can obtain. Why not procure, build and manage it all directly at more affordable financing costs?

Kudos to Jenny Kwan for bringing this issue to light. The BC government is also on the hook on this topic.

What kind of reporting is

What kind of reporting is this? The headline suggests 99.5% of funding goes to provinces other than B.C. The article says nothing like that. It's not at all helpful to mislead readers as to what the real situation is, so why don't you explain that?