Is Vancouver’s Broadway subway project worth its $2.8 billion price tag? 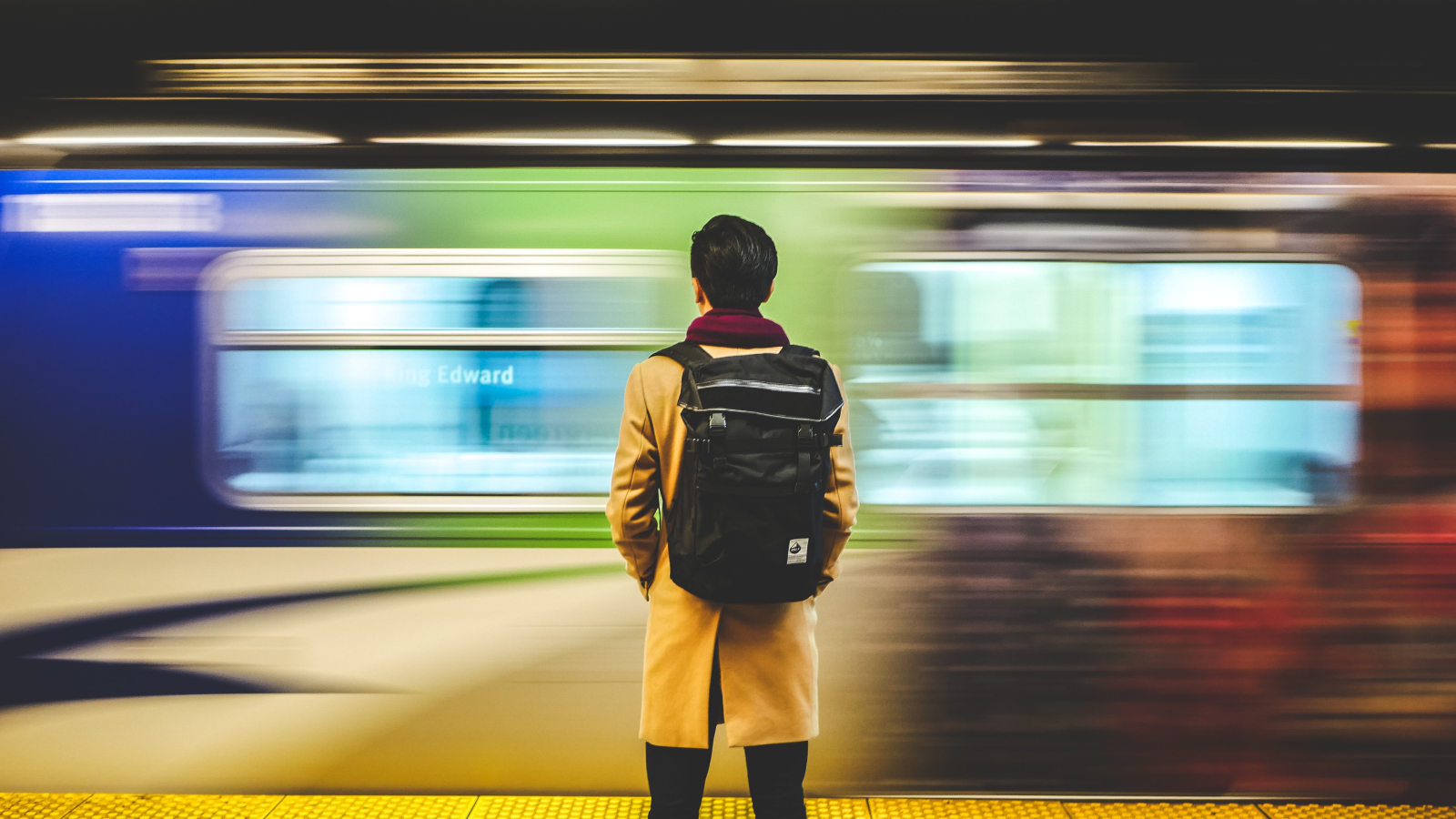 Vancouver's is extending SkyTrain service in the Broadway corridor with $2.83 billion in funding. (Kwan Fung/Unsplash
Previous story
Next story

B.C. Premier John Horgan announced on Sept. 3 that Acciona-Ghella was awarded a $1.7 billion contract to begin construction on the Broadway subway line, an extension that will enable SkyTrain service from VCC-Clark Station to Broadway and Arbutus.

With a hefty price tag and 5-year timeline before the line is complete, B.C. officials have insisted that the extensions will help with Vancouver’s economic recovery from COVID-19 pandemic losses, while also ensuring a more sustainable future. The train is set to increase transit capacity by three-and-half times along Broadway, one of the city's busiest routes.

“Public transit actually has very good job creation per dollar invested if you compare it to other kinds of infrastructure spending,” said Eric Doherty, a registered city planner at Ecopath Planning and environmental consultant. “That being said, subways are kind of at the bottom end of that, they're very capital intensive.”

While overall the extension is a “very, very” good investment in improving traffic flow, Doherty said considering that Canada is in the midst of a climate emergency, the subway line won’t do enough in terms of quickly cutting down the province’s greenhouse gas emissions.

On the same day that the construction contract was announced, an independent analysis from five groups found that based on the federal government’s own numbers on methane emissions, Canada is far behind its goal to cut down the greenhouse gas by 40 to 45 per cent below it’s 2012 levels by its set deadline of 2025.

This discussion about greenhouse gases has persisted for many years.

A 2017 study from the University of Toronto found the amount of greenhouse gases emitted during the construction process of subway lines can take up to 11 years to offset, in optimistic cases. That timeline can lengthen to 35 years in worst case scenarios.

“Rapid Transit on the surface, electric bus rapid transit lines, bus lanes, bike lanes, pedestrian streams —- all of those things have a much bigger impact per billion investment,” says Doherty.

Subway constructions are difficult and costly projects because of the labour and material needed to dig underground and lay tracks. On top of that, stations need to be built and additional cost for access to the lines, things like escalators and elevators, also come into effect.

Given the time and billions of dollars that need to be spent — why do many governments steer towards subway lines?

Doherty said expanding public transit on the surface comes at the cost of getting cars off the street, especially in dense cities like Vancouver. While Vancouver has dedicated some money to expanding and increasing the efficiency of bus routes, Doherty said they’re not a “leading city” when it comes to sustainability — that is, focusing on getting more cars off the road and reallocating that space to public transit, bikes and pedestrians.

Vancouver's Broadway subway project comes with a hefty price tag of $2.8 billion. Is it worth it?

“If you shrink the amount of road space, people change how they get around and the number of cars and the greenhouse gas pollution shrinks,” said Doherty.

Vancouver’s Broadway corridor is the busiest bus route in North America recording more than 100,00 0 trips each day, according to TransLink, the organization that runs the city’s public transit.

Lawrence Frank, an urban planning expert and professor at the University of British Columbia, said while sustainability is a goal to keep in mind, Vancouver has to deal with the more important, pressing issue of increasing its transit capacity, especially as people return to work and the city’s population is expected to grow.

While above-ground transit routes such as streetcars and buses may be quicker to build and marked as more sustainable, Frank said they wouldn’t do much in terms of increasing capacity to the level the city requires it.

“If we’re going to spend this much money, we should solve the transportation problem that we have,” said Frank. “Spending this much money and not increasing the level of service on Broadway would be very poorly received by the public.”

And in terms of sustainability, while Frank agrees that subway projects produce more greenhouse gases in their construction phase, he said in the long term it’s not that big a deal.

“Over 30 years, once those two systems were built, those initial greenhouse gas emissions would become irrelevant, kind of a rounding error.”

The focus, in Frank’s opinion, should be on the greenhouse gas emissions created by ridership. And in high density areas like Broadway, increasing capacity will create efficiencies in getting more people across in less rides, offsetting its initial emissions issue.

When it comes to balancing the issue of sustainability against addressing the immediate need for increased transit, Frank said the best option is a little bit of both systems, dividing the costs between rapid transit lines above ground, and increasing capacity through subway lines where needed.

But both Doherty and Frank can agree on one thing — infrastructure spending will always help in an economic downturn.

“The actual construction of the line is a job-creation activity,” said Frank, adding that the funding put into the project from the federal and provincial governments will create a “multiplier effect” -- with increased mobility giving people opportunities to make and put more money back into the economy, the province has a better chance of reversing its pandemic losses.

By Michelle McQuigge | News, Politics | May 3rd 2020
Coronavirus in Canada

Fix the headline? It's its

Fix the headline? It's its not it's.

I'm for it. We should build

I'm for it. We should build that other stuff too. Green New Deal means making ALL the green things.

Is Broadway subway worth it -

Is Broadway subway worth it - NO.

Is the Broadway Subway worth

Is the Broadway Subway worth it? Absolutely! It's long overdue considering the population and jobs density already there, like Vancouver's other downtown. Moreover, the planning and design for the inevitable extension to UBC should begin now, and ideally be included as an addendum to the current contract to secure the significant savings that could be realized in one contract (completed in 2027) versus two (probably late 2030s considering the historically lax transit funding by senior governments).

Both transportation planners have excellent points, but Larry Frank nails it with respect to Broadway. The Frequent Transit and Network Effect will be phenomenal considering it will offer a continuous, no-transfer journey from Coquitlam Centre to Arbutus and crosses other rapid transit lines three times as well as continually improved B-Line and rapid bus routes.

The notion that surface car traffic should be removed for light rail or rapid buses doesn't adequately consider pedestrian movements, especially at stations, and Broadway's vital commercial traffic. Imagine the underground transit service as a catalyst to reconfigure the terrible conditions presented by today's Broadway as a beautiful Great Street with emphasis on pedestrians in the near future. It doesn't take a nuclear physicist to imagine curb lanes widened into small plazas for human beings instead of parked cars (loading bays excepted) , mid-block crosswalks in key blocks in the hospital district and beyond, public art, inset courtyards with delightful fountains and vibrant outdoor restaurants and a number of other urban design initiatives that make cities more livable and even a joy to live in.

The old saw of subways versus surface LRT has been worked to death online on Broadway. Each serves its own sets of demands, and therein we need lots more public investment both in Canadian cities. But it is imperative to apply the appropriate technology to the conditions of the corridor in question, and get a decent return on the investment in terms of ridership gain.

Broadway isn't a light rail street. Its basic geometry doesn't support surface rail where improved ridership is the goal. Eight years ago I did a little exercise that illustrated Broadway's signalized crossing density, which is 100% from Main to Arbutus, and 97% to Alma. Any form of rapid bus or higher-capacity light rail will inevitably result in closures of many signalized crossings if greater capacity is attempted beyond the existing bus service. Signal priority for rail will ironically crimp the ability of pedestrians to cross to the opposite side of the street. Likewise, a dedicated median will sever every crossing between stations. Putting the Number Nine trolley bus on rails will cost over a billion dollars for the same service, and the trams will be as stuck in traffic as the buses are now. There are other corridors more appropriate for surface rail in all its permutations.

Regarding emissions, the subway will be around well beyond the end of this century. That represents hundreds of billions of zero emission trips over its life span. Citing the emissions of materials and activity during construction, namely concrete, as a knock against subways misses the point that operations continue decades beyond construction. Further, the formulation for concrete can be tweaked to displace the Portland cement content with sunk-carbon emitted waste materials from other industrial activities, directly injected with CO2 from industry waste, and contain recycled concrete millings or aggregates. Concrete can also be formulated to slowly absorb CO2 over a long time. It's unknown whether this project contains specs for using lower emission concrete, but it's worth asking.

Overall this announcement is good news. Once its completed riders will be wondering what took them so long to achieve transit frequencies other cities take for granted. I sure wish they had a Broadway subway back in my UBC days in the '80s. Back then it was a nasty schlepp on slow buses in all weather conditions from my Mount Pleasant home, not even a whisper of B-Line.

To be clear, I strongly

To be clear, I strongly support the M-line extension to Cambie. It will greatly improve the effectiveness of the Skytrain (light metro) network as well as serving a high density corridor. This subway section is unusually valuable compared to other Canadian and US subway projects.

That said, we need to be focusing on the climate emergency timeline of cutting GHG pollution at least in half by 2030. That is a reduction of over 7% per year, every year. Talking about 30 or 100 year timelines does not respect the timeline climate science lays out for us.

We need to be devoting much more of our resources and road space on projects that very quickly reduce GHG pollution, such as electric bus rapid transit lines. Note that electric bus rapid transit lines are complementary to subways, Broadway would be great with a surface eBRT line above the subway and extending to the sections not served by a subway. See e.g. https://www.nationalobserver.com/2018/12/19/opinion/battery-trolleybuses...