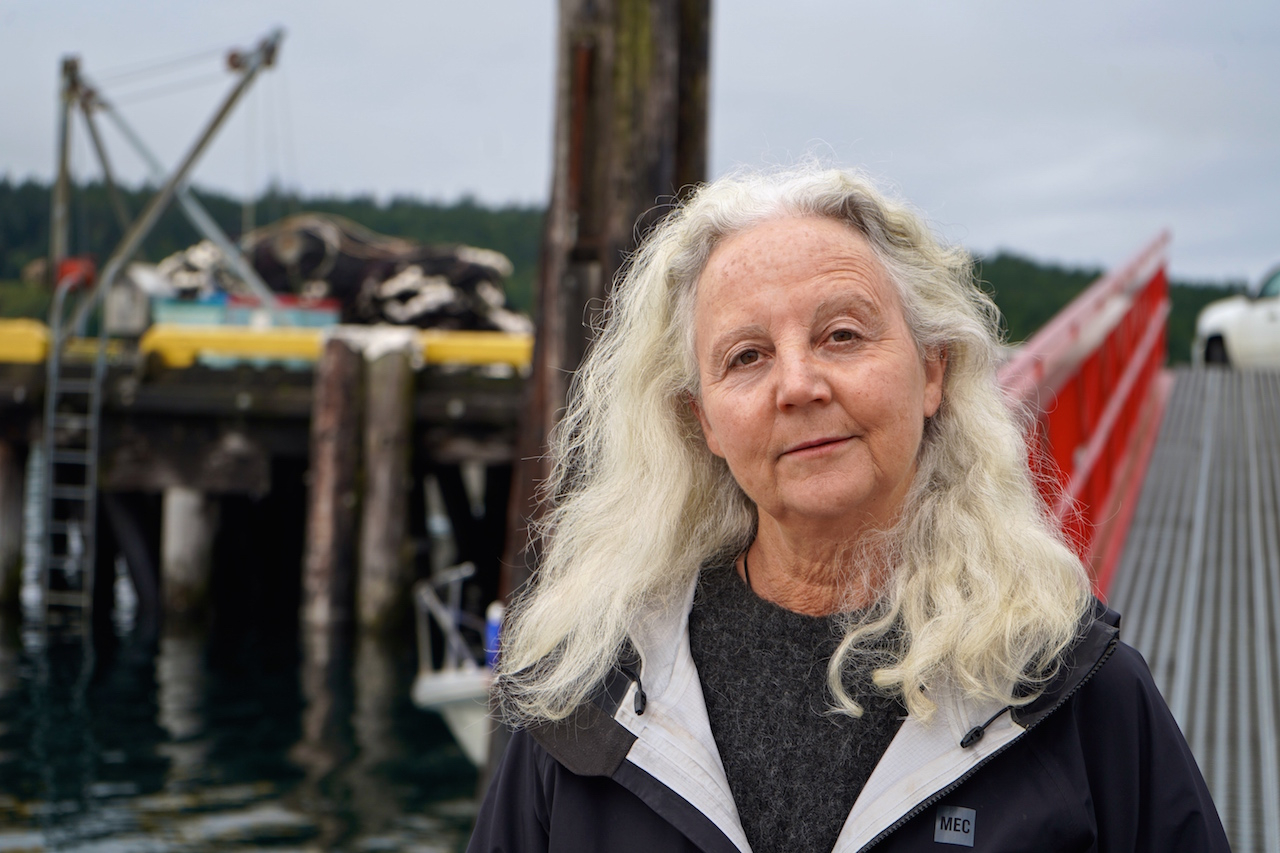 Wild salmon advocate and biologist Alexandra Morton knows running as the BC Green party candidate for North Island in the Oct. 24 election is going to be a tough row.

“History informs me that, yes, it is a hard sell to be a Green candidate here,” said Morton, a scientist who has fiercely lobbied for the removal of open-net pen salmon farms from B.C. coastal waters for more than two decades.

North Island is an NDP stronghold, with outgoing MLA Claire Trevena holding onto the seat for 15 years and four elections. The riding covers northern Vancouver Island, adjacent islands and a remote section of the B.C. central coast.

The region’s largest urban centre, Campbell River, is a city where fish farm and forestry sector interests are firmly established. And the two industries traditionally have limited tolerance for Green party policy.

Though she has been asked to run in past elections, this time Morton decided she had to step up after Fisheries and Oceans Canada (DFO) decided last month that open-net pen salmon farms could remain in the waters around the Discovery Islands, which is a key migratory route for threatened sockeye salmon.

“The federal government came out with a completely disastrous assessment of the impact of salmon farms off Campbell River,” said Morton, noting DFO also signalled it will now consult with provincial stakeholders on the issue.

“I thought — after doing all the science, the activism and engaging in every political process on this issue — maybe I better be sitting at the table,” she said.

Morton questioned the assumption that support for the salmon farming industry would be unequivocal in the region given the employment it generates.

She has lived in the North Island region since the mid-1980s and has witnessed the decline of coastal communities due to the collapse of wild salmon stocks.

“I thought — after doing all the science, the activism and engaging in every political process on this issue — maybe I better be sitting at the table,” says @BCGreens candidate Alexandra Morton of her aim to get fish farms out of ocean waters.

“I don’t think (fish farm companies) have lots of support,” Morton said, noting aquaculture workers get low wages, the companies are mechanizing quickly and fish farm jobs can just as easily be had on land with closed containment systems.

“I know many communities thought salmon farms were going to be good for them, but they weren’t,” Morton said.

“And where's the powerhouse of employment? It's small business, and that includes the tourism industry,” she added.

Morton also backs the Greens' calls for a moratorium on logging old-growth ecosystems and the development of a sustainable forestry strategy.

“We do not have to destroy our world, we just have to get more creative about (forestry practices),” she said.

Focusing on more jobs per tree cut, value-adding to timber inside the province and putting more control of forestry policy in community hands are some options, she added.

Whether debating salmon farming, forestry or economic recovery from COVID-19, discussion needs to focus on sustainability and making sure local communities are the main benefactors of policy decisions rather than large international companies, Morton said.

She said drawing new residents to North Island communities because they appreciate the natural surroundings and recognize them as good places to raise families is one way to bolster the region’s economy. But better infrastructure needs to be in place, she said.

“I can see we need connectivity. We need better roads, and we need to solve our housing crisis,” said Morton, adding rentals are almost non-existent in her community of Sointula on Malcolm Island.

“I have now talked to teachers, loggers, foresters, mayors, artists, First Nations, and everybody wants their community to thrive,” she said.

“So to do this, we really have to look at the local economy and what is making these communities tick.”

Finally, finally, finally you've decided to get involved in the politics of fish farming! Thank the gods that be. You'll make a wonderful Green MLA at the heart of provincial decision making. Congrats on your decision. luv ya.

We need Alexandra Morton's voice in the legislature. We need more Green MLAs. Enough to counter the industrialized anti-science stance of the larger political parties, like the NDP on forestry and LNG and the BC Liberals (who are in effect recycled conservatives) on just about everything.

The current BC election may well see an NDP majority, and in terms of pandemic and fiscal management they deserve many kudos. But that majority shouldn't be so large that we get arrogance and hubris in their decisions on other issues, like the viability of land-based salmon farming and better protection of wild fish and animal species, and the wiser approach of community-based Forest Land Trusts that takes control of public forests out of the hands of the province and logging companies and places it under regional and local management which promotes regenerative practices, conservation and permanent employment over short-term profit.