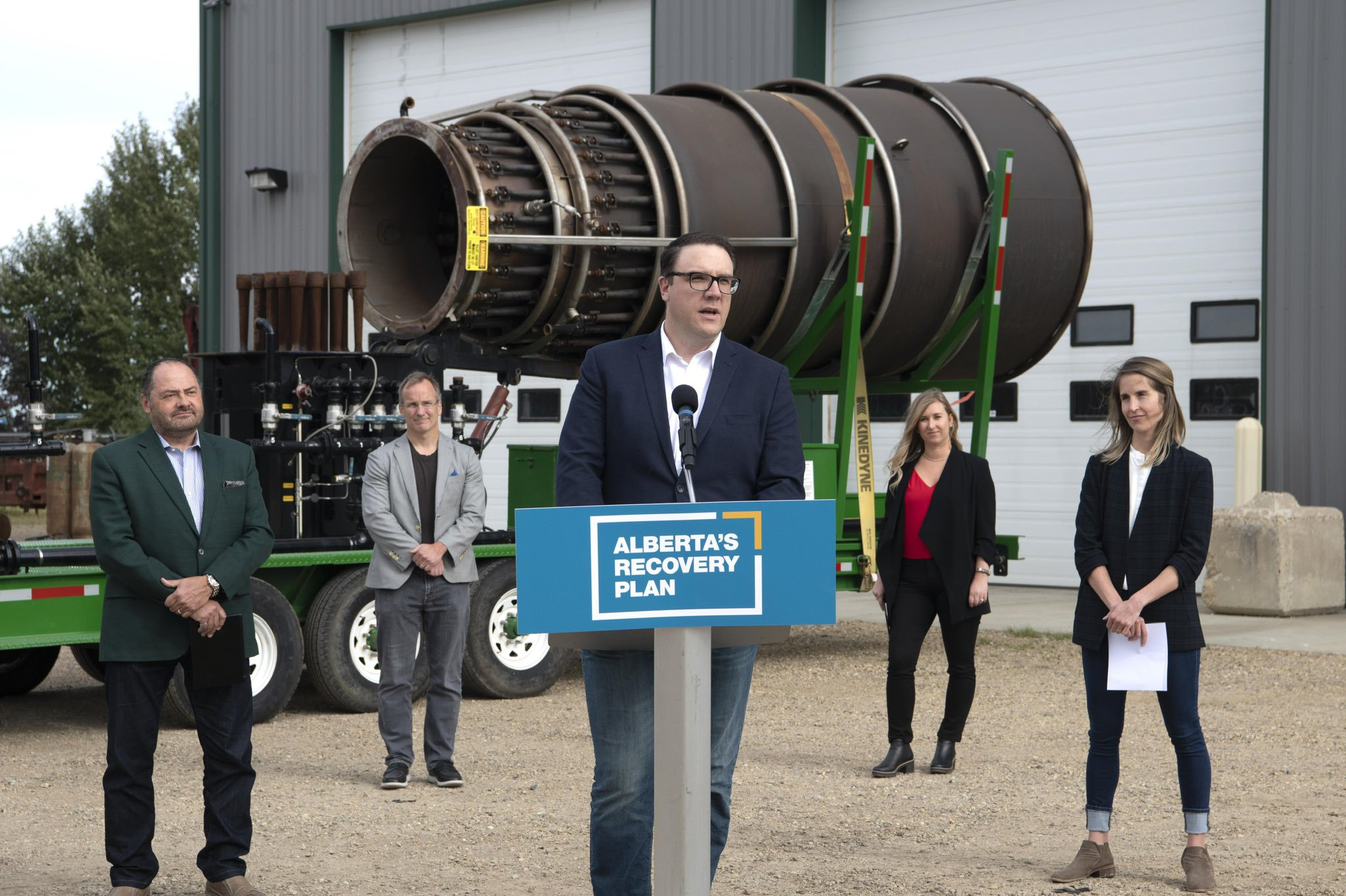 Alberta has reached a deal with the federal government to establish its own rules to restrict a potent form of carbon pollution, saying Thursday the move would save the oil and gas industry money.

The agreement replaces federal regulations on methane, the main component in natural gas, with new provincial rules that would last “up to five years.” Methane is a greenhouse gas that is 86 times as powerful as carbon dioxide over a 20-year period. Federal Environment and Climate Change Minister Jonathan Wilkinson announced that a similar deal had been reached with Saskatchewan.

“Without this agreement, the federal system would apply in Alberta, costing the oil and gas industry money, and adding unnecessary red tape to our industries,” said Alberta Environment and Parks Minister Jason Nixon during an online presentation on Nov. 5.

“Alberta’s methane regulations will save job creators time, money and resources. It will cut the same amount of emissions as the federal system by 2025, but with the added benefit of cost savings for our industry.”

The oil and gas industry is the largest contributor to methane emissions because the industry flares or vents the gas into the air, and it also leaks accidentally from equipment. Research has connected a rise in global methane levels with fracking operations, and scientists say this rise in atmospheric methane is putting efforts to fight climate change at risk.

The deals with Alberta and Saskatchewan lock in an approach that the federal government’s own analysis has shown will mean that, without other additional measures, Canada will fall short of its 2025 methane reduction target. Canada committed in 2016 to cutting methane emissions 40 per cent below 2012 levels by 2025, but the approach is expected to achieve a 29 per cent cut.

Dale Marshall, national climate program manager for Environmental Defence Canada, says the federal government should have strengthened its own rules and then insisted that the provinces improve theirs. Instead, the result represents a “meek approach to reducing emissions,” he said, which “casts further doubt on Canada’s commitment to fighting climate change, even while Canadians face mounting climate impacts.”

“The Canadian government needs to stop bending over backwards to the big oil lobby and oil-friendly provincial governments at the expense of public health and action on the climate emergency,” said Marshall.

The Trudeau government says it is still committed to the 2025 methane target, and the regulations are not the only way it expects to restrict the gas. Wilkinson’s office also pointed to a $750-million federal fund meant for the oil and gas industry to help companies develop “green technologies to reduce methane emissions.”

Alberta has also rolled out an industry-funded program called the “technology innovation and emissions reduction system” that it says will support methane-reducing projects.

Alberta has reached a deal with the federal government to establish its own rules to restrict methane emissions, saying Thursday the move would save the oil and gas industry money. #abpoli

As well, the federal government has proposed, but has yet to launch, a “clean fuel standard” that aims to decarbonize fossil fuels used in Canada, and Ottawa also expects another $1.72-billion fund for cleaning up orphan or inactive oil and gas wells to contribute to methane reductions.

Finally, federal Natural Resources Minister Seamus O'Regan has not ruled out tightening the rules if “future data and modelling” convinces him it’s necessary.

But Marshall said the agreements would be difficult to open up before they expire at the end of 2024. That significantly increases the chances that Canada will miss its target, he said.

British Columbia has a separate agreement with the federal government on methane that was finished earlier this year.

The government said Thursday it expects to update the public on its efforts to hit the 2025 target “in late 2021.”