Many loopholes in international ban on heavy fuel in Arctic shipping: environmentalists 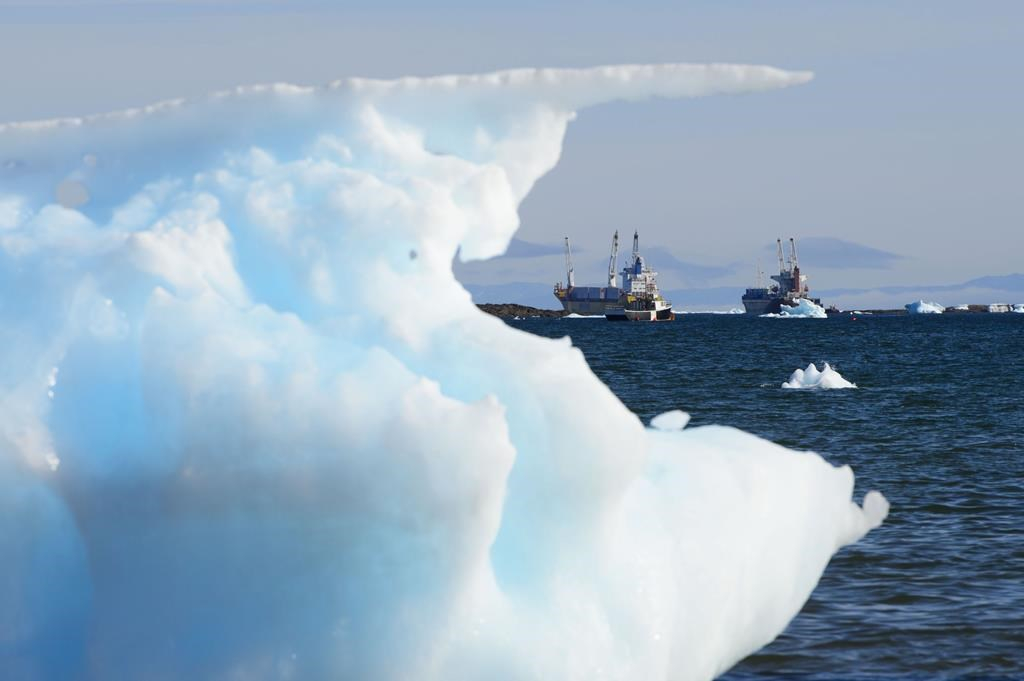 Environmental groups say a new ban on a highly polluting shipping fuel in Arctic waters is full of gaps and Canada should not make use of loopholes in the new regulations for heavy fuel oil.

"Arctic states and communities have been calling for a complete ban, not a half-ban," said Andrew Dumbrille of the World Wildlife Fund.

This week, the International Maritime Organization approved regulations originally drafted last February on heavy fuel oil. The new rules ban use of the fuel after July 1, 2024.

The agreement, reached by consensus by the organization’s environmental committee, allows countries with Arctic coastlines to grant waivers to ships sailing under their flags until 2029. Double-hulled ships are also able to keep burning the fuel until 2029.

That means shippers will be able to keep burning the fuel responsible for almost half the black carbon released into the Arctic for nearly a decade. Black carbon, a type of soot, darkens sea ice and hastens its melt.

Heavy fuel oil is what’s left when all other components of crude oil have been distilled off. It is highly toxic and difficult to clean up in the event of a spill.

"A catastrophic spill in the Arctic — you can’t measure those costs," said Dumbrille. "The social costs, the cleanup costs, the impact to livelihoods and communities and to nature ... it’s not even measurable."

A moderate spill in Russia in 2003 had visible impacts on marine mammals more than a decade later.

The ban was supported by seven out of eight Arctic countries, as well as by Indigenous groups such as the Inuit Circumpolar Conference and Nunavut Tunngavik Inc., which oversees the Nunavut land claim.

Russia, where most Arctic shipping takes place, held out for the loopholes, said Dumbrille.

"In order to keep Russia in the tent, the other Arctic states had to acquiesce."

"A catastrophic spill in the Arctic — you can’t measure those costs," said Andrew Dumbrille of the World Wildlife Fund. "The social costs, the cleanup costs, the impact to livelihoods and communities and to nature ... it’s not even measurable."

Heavy fuel oil has been banned in the Antarctic for years.

A Transport Canada spokeswoman wouldn’t say if Canada will use the waivers to allow ships to keep using the fuel after 2024.

"Any decisions taken with respect to the ban will align with the mandate of Transport Canada to ensure a safe, secure, efficient, and environmentally responsible implementation of a heavy fuel oil prohibition in the Canadian Arctic," Frederica Dupuis wrote in an email.

Canadian Arctic families depend heavily on sea shipments for domestic goods. A Transport Canada study found that switching to cleaner fuels could raise costs for households by up to $650 a year.

Dumbrille said the cost difference has shrunk and that figure is out of date.

The Nunavut government and Inuit groups have suggested compensation should be made available to make up for increased costs.

Dupuis said Canada will continue to consult with industry and Indigenous communities.

"The government of Canada is well aware of the economic realities of these communities, and therefore continues to work and help them to find ways to adapt to any changes."

Dumbrille suggested the agency should begin the transition now to a complete ban by 2024, including some form of compensation and promising not to grant waivers.

"Just because the IMO’s ban is weak doesn’t mean Canada’s has to be."