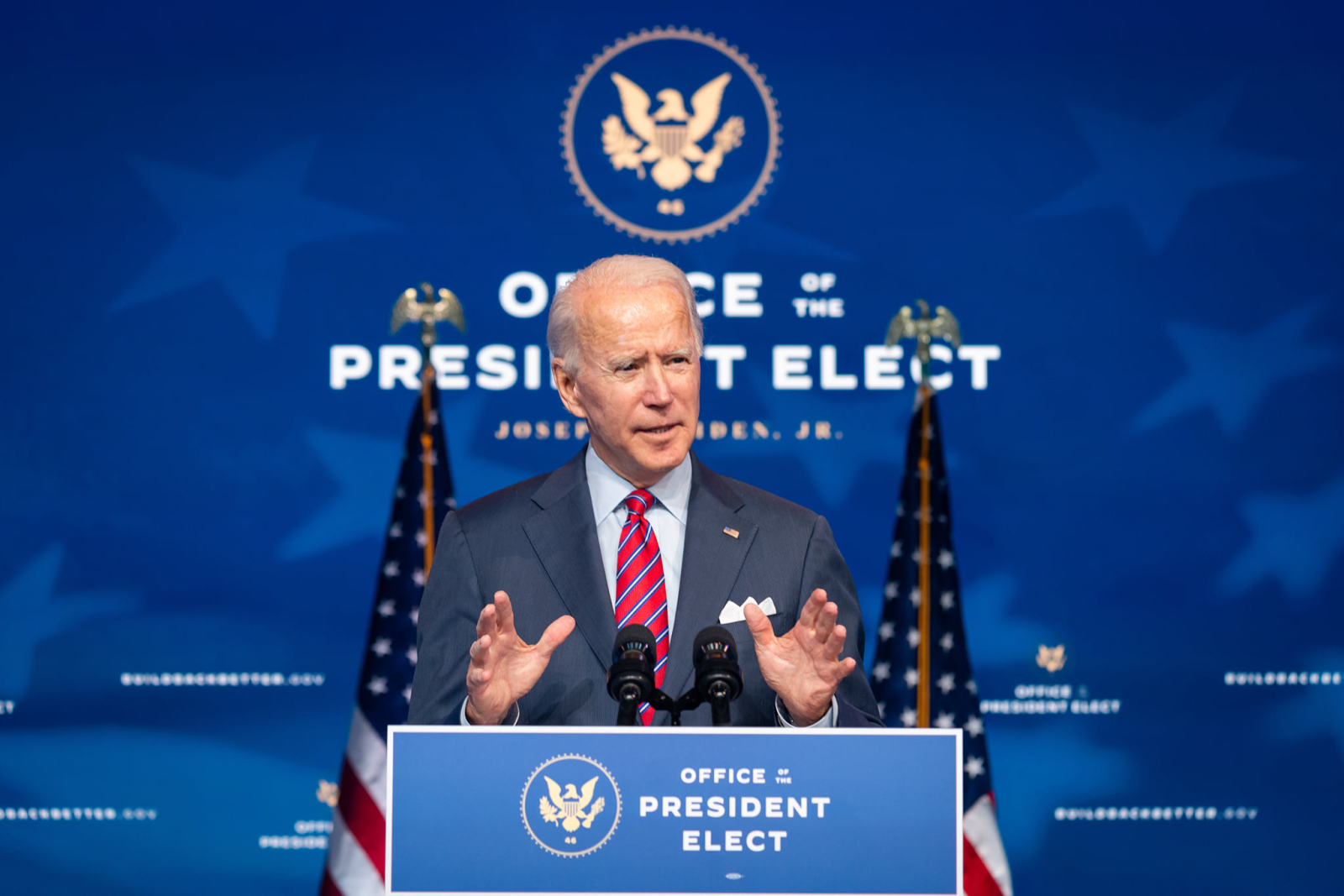 As the incoming Biden administration weighs its options on new auto emissions standards, Canada is keeping the door open to aligning with either U.S. state or federal rules.

Environment Minister Jonathan Wilkinson sees opportunities for Canada to join forces on climate action with U.S. president-elect Joe Biden, who is expected to set new rules for tailpipe emissions, or the carbon pollution emitted from cars and trucks that are powered by engines burning fossil fuels, like gasoline or diesel.

But questions remain about how strict those rules could be after the Trump administration weakened Obama-era standards and got itself into a legal battle with California over the state’s right to set its own standards — one that has seen automakers take sides.

Biden could undo President Donald Trump’s rollback, but there is pressure on him to go even further in service of larger climate-oriented goals like boosting electric car adoption and reaching net-zero emissions nationwide by 2050.

The Canadian government’s new climate plan indicates that Ottawa will align its future car pollution rules with “the most stringent performance standards” in the United States, whether those be at the “federal or state level.”

“The big question mark is, will the Biden administration be able to reach an agreement with some of the key U.S. states on a likely more stringent set of performance standards for light-duty vehicles?” said Brian Kingston, president and CEO of the Canadian Vehicle Manufacturers’ Association (CVMA), in an interview.

“It’s hard to predict what the outcome would be at this point, but I would expect that there’s going to be an attempt by the administration to do that.”

Biden could demand tougher annual fuel economy improvements in order to “make up for lost time,” as a Center for Biological Diversity director told E&E News.

Or he could follow the lead of California, which struck a voluntary deal on emissions in August with several automakers including Volkswagen, which has paid tens of billions of dollars in settlements, fines and other costs as a result of the “dieselgate” scandal.

As the incoming Biden administration weighs its options on new auto emissions standards, Canada is keeping the door open to aligning with either U.S. state or federal rules. #cdnpoli

Canada — part of a highly integrated North American auto supply chain — signed a “co-operation agreement” with California in 2019, promising to work together to promote the adoption of cleaner vehicles.

Ottawa is currently aligned with Washington standards that say 2025 model year light-duty vehicles should burn “up to 50 per cent less fuel” and emit 50 per cent fewer greenhouse gases compared to 2008 vehicles.

Canada is also reviewing its own light-duty auto regulations for the 2022-25 period, and is expected to share a decision on that front in a matter of weeks.

Wilkinson has said that the Biden administration agrees with Canada on the need to expand zero-emission vehicle adoption, and the minister said he will be discussing with the U.S. several paths forward, including banning new gas-powered vehicles or a sales mandate for a certain percentage of new cars sold to be zero-emission.

“We certainly believe that there is an opportunity to collaborate with the incoming U.S. administration on strong cross-border climate action,” said Wilkinson’s acting director of communications, Sabrina Kim.

This collaboration “can better position the North American economy, as well as Canadian workers and companies, so that they can continue to be globally competitive,” she said.

Connecticut, Massachusetts, Rhode Island and D.C. will set a cap on the amount of carbon dioxide allowed to be released from vehicles, one that gets lowered as time goes on, the New York Times reported Dec. 21.

The cap would start in 2023, said the newspaper, and fuel companies would purchase allowances to match the carbon pollution their fuel produces.

Kingston from the CVMA said vehicle manufacturers prefer Canada aligns performance standards with the U.S. at the federal level.

U.S. state-level alignment would mean that cars are built to different standards based on the jurisdiction where they are sold, he said.

“Obviously, a lot will depend on what the Biden administration will do, but that would be the best outcome — a U.S. federal rule that Canada aligns to,” said Kingston.

Lead battery recycling is a global health hazard. Why have so few people heard of it?