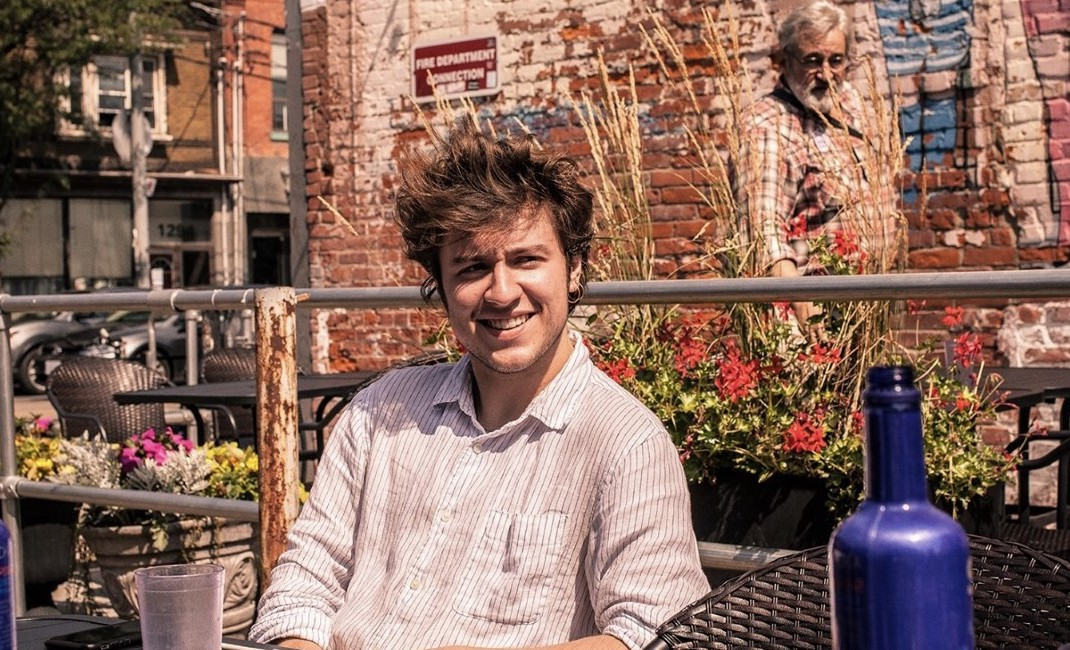 University of Toronto student Andrew Kesik says he has felt alienated and disconnected during the extended online learning of 2020. Photo supplied by Andrew Kesik
Previous story
Next story

Andrew Kesik extended his undergraduate workload into 2021 in the hope that his parents will be able to attend an in-person graduation.

But the University of Toronto student, who is completing a double major in political science and theatre, is struggling to focus on extended video classes and says the university’s talk of being there to support students is not playing out in reality.

“There’s alienation and disconnect,” he said via a video call from his cramped apartment near the campus in downtown Toronto. “It’s really difficult, and the fact that I’m still paying full tuition is kind of shocking.”

It’s not an easy spot for the universities, either; obliged to follow public health guidelines to keep students and staff safe, while also spending heavily to update online learning tools.

But students such as Kesik think they could be doing more, including a tuition reduction to lessen financial stress, and offering COVID-19 testing on campus.

“At this point, it’s not safe to do anything in person, but there are better ways to facilitate a more inclusive education experience,” he said. “It’s very, very easy to zone out of the Zoom lectures.”

A spokesperson for U of T said they know some students need help accessing technology or internet connections, and ensured the essential service was available at each of the institution’s three campuses, and would make more campus space available when it is possible to do so.

But with a surge in COVID-19 cases leading to tighter public health restrictions in many parts of the country late in 2020, even a partial reopening of campuses appears a distant hope.

Across Canada, post-secondary students have been doing most of their learning online for nine months now, and many say their schools should have worked out a better way to handle the pandemic by now.

“A lot of students are stressed, they’re in a house with roommates who are also students, their mental health has taken a super negative turn,” said Kayla Weiler, an Ontario representative on the Canadian Federation of Students’ national executive.

Across Canada, post-secondary students have been doing most of their learning online for nine months now, and many say their schools should have worked out a better way to handle the pandemic by now. #COVID19 #universities #education

Three out of every four students said their university’s response to the COVID-19 pandemic had made it harder to learn course material, while four in five faculty members said it had made it harder for them to teach, according to a poll done for the Ontario Confederation of University Faculty Associations (OCUFA) in October and November.

Matthew Colenbrander has been trying to get his work done in the one-bedroom apartment he shares with his girlfriend in Vancouver, and is frustrated that the University of British Columbia ignored calls to open more campus space in the months before the recent imposition of tighter restrictions.

“I feel like people are giving UBC a pass on this that they don’t deserve when you think about how logistically easy it would be to simply tape off certain seats and desks, restrict access to certain rooms, mandate masks and distancing, redirect campus security and maybe restrict access to students and faculty only,” said Colenbrander, a graduate student at UBC’s School of Public Policy and Global Affairs.

UBC is offering reduced access to desktop computers, printing and scanning at its main library only, which he says is the bare minimum.

“I just don’t understand how the administration at Canada’s fourth-largest university thinks reservable time slots and limited hours in one reduced-capacity library is enough to service the entire student body,” he said, estimating that before the pandemic, more than half of UBC students did most of their studying on campus, with various libraries usually packed at peak times.

It is difficult to estimate the unserved demand given many students may have decided to move away from campuses for the online-only academic year.

Matthew Ramsey, UBC’s director of university affairs, said students have his sympathy, but it is an unfortunate circumstance where they must also make the health and safety of all involved a top priority.

“The UBC organization, just like all universities in Canada, is responding as best as it can given current health guidelines, given a global pandemic,” he said. “And the implications we know are not ideal for our students, but we are doing the very best that we can to provide them with the supports that they require and an online learning experience at the quality that students expect.”

He pointed out the university has invested tens of millions of dollars to provide online learning platforms, offers counselling services, and will consider academic accommodations on a case-by-case basis.

Its main library currently has almost 900 seats available for students to book access to, he said, and when demand is higher (including in December for exams), can expand this capacity to 2,000 seats while maintaining adequate social distancing.

“The demand is monitored every day, and the library folks are responsive to that demand,” he said, noting that a student-run space called the Nest offers another 400-plus seats and UBC Housing offers spaces for these living in residences.

Pandemic has meant boom, not bust, for this university admissions company