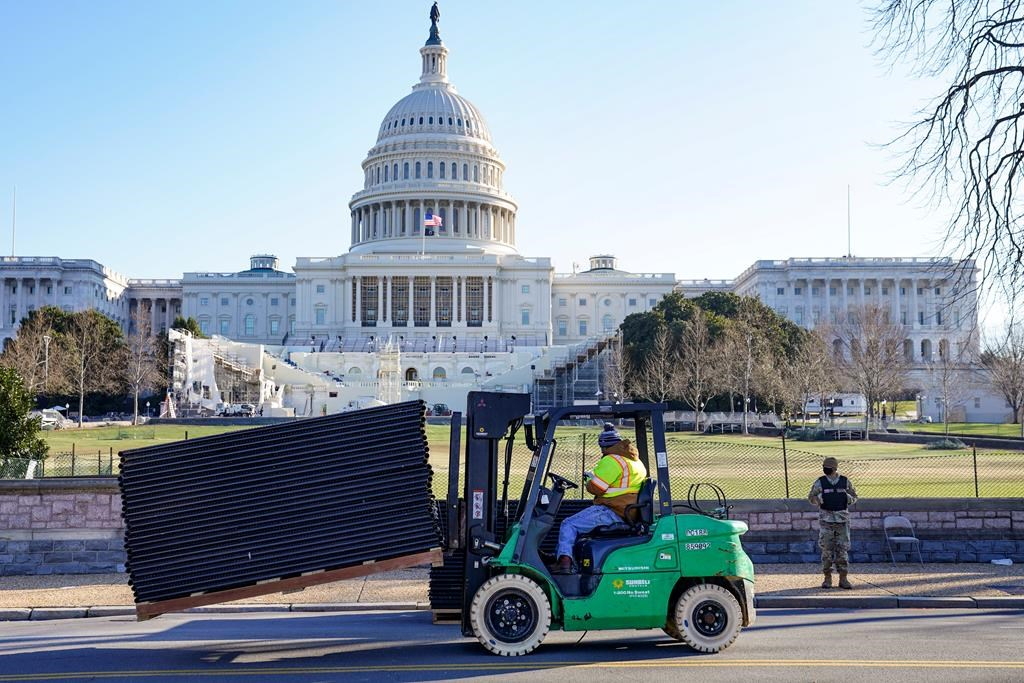 WASHINGTON, D.C. — As an uneasy peace settles over Capitol Hill, talk in the U.S. capital has turned to expediting Donald Trump’s departure.

And Trump, his Twitter account frozen, staffers resigning their posts and critics accusing him of inciting a riot, has finally promised an orderly transfer of power on Jan. 20.

He continues to defiantly claim that he was the rightful winner in November, citing unfounded conspiracy theories of a stolen presidential election.

Wednesday’s pandemonium marked another low point in a four−year term full of them for Trump, and is fuelling talk of an even more ignominious departure.

At least one member of Congress has promised to draw up articles of impeachment, while media reports suggest cabinet members have discussed the possibility of removing him from office.

Minnesota Rep. Ilhan Omar, best known as a member of the progressive wing of the Democrats, says she intends to seek to impeach Trump — an indignity he has already endured once.

"Donald J. Trump should be impeached by the House of Representatives and removed from office by the United States Senate," Omar tweeted Wednesday.

"We can’t allow him to remain in office, it’s a matter of preserving our republic and we need to fulfil our oath."

Within an hour of Trump airing familiar conspiracy theories and phoney grievances to a sprawling crowd outside the White House, supporters swarmed the outside of the building, mobbed Capitol police and began flooding in.

Members of Congress were promptly evacuated from the area as officers, some with weapons drawn, confronted the mob. Protesters looted and vandalized offices, and even gained access to the Senate and House chambers.

The images that ensued were jaw−dropping: a man in a Make America Great Again hat, his feet up on Speaker Nancy Pelosi’s desk. Another striding through the rotunda with a Confederate flag over his shoulder. The speaker’s dais occupied by a man with a Trump flag as a cape. Protesters brandishing trophies swiped from offices.

Outside, as police sirens echoed and helicopters pulsed overhead, thousands upon thousands of others who were massed on the Capitol steps cheered and celebrated news of the breach, waving flags, firing flares and popping smoke grenades from atop the balcony.

Less than eight hours later, however, with the Capitol fully secured, lawmakers reconvened their joint session, determined to send the message that they wouldn’t be cowed.

D.C. police Chief Robert Contee confirmed that shots were fired inside the Capitol. Four people died, including a woman who was shot by police.

The woman was shot earlier Wednesday as the mob tried to break through a barricaded door in the Capitol where police were armed on the other side. She was hospitalized with a gunshot wound and later died.

The three others died in "medical emergencies," Contee said.

Biden, whose election win two months ago was ultimately certified in the wee hours of Thursday morning, pleaded for calm.

"Our democracy is under unprecedented assault," Biden said, calling the protesters "extremists" who are "dedicated to lawlessness."

"This is not dissent, it’s disorder, it’s chaos. It borders on sedition, and it must end — now."

National Guard reinforcements were called in to help restore a sense of order, while D.C. Mayor Muriel Bowser imposed an overnight curfew beginning at 6 p.m. ET in an effort to disperse the crowds.