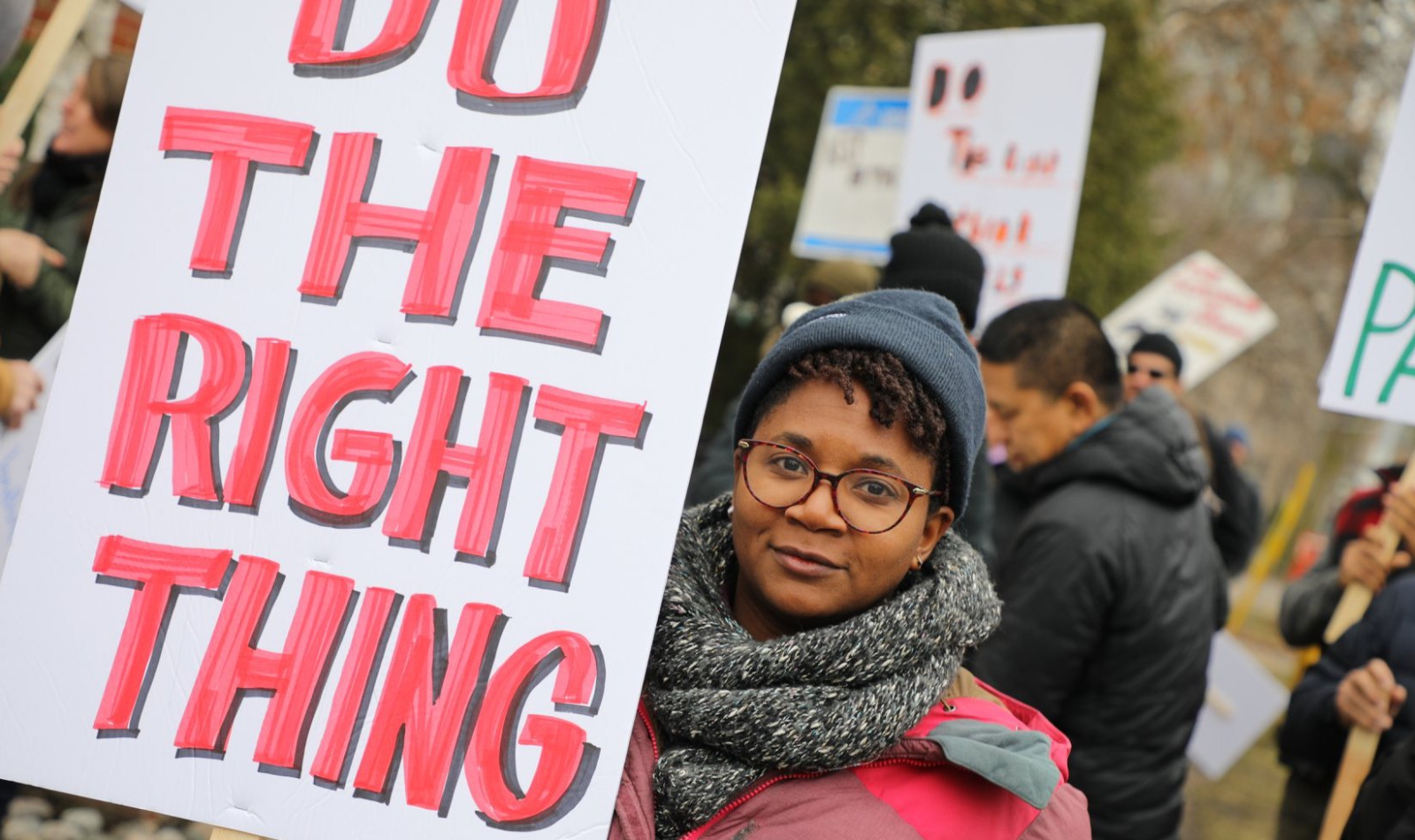 Vanessa Collins takes part in a protest in support of tenant rights in 2018. Photo by Franck La
Previous story

Vanessa Collins hasn’t paid rent for a year now, a tactic she hopes will push her corporate landlord to provide rent relief across its portfolio of properties, which house mostly working-class and lower-income tenants struggling to survive the COVID-19 pandemic.

It’s not the first time for Collins, who saw the power of collective action back in 2017 when she was among tenants in Toronto’s Parkdale neighbourhood fed up with chronic repair needs going unfixed and above-guideline rent increases and won concessions after withholding their rent for months.

But this time, in the midst of a pandemic that is hitting racialized and lower-income people at disproportionate rates, it hasn’t worked yet. Instead, the longtime resident of 99 Dowling Ave. was served with an eviction notice in November, and will face a hearing at the Landlord and Tenant Board in June.

“Basic needs are not being met,” said Collins, a member of community group Parkdale Organize. “That's always been a problem in working-class communities. People are struggling, myself included sometimes, to get by month to month, so if there's a little ease in pressure, that would be the best option.”

Calls for residential rent relief have so far been ignored by governments and landlords alike, and while tenants, especially those in larger apartment buildings, have been banding together in growing numbers across the city to fight evictions during the pandemic, their landlords have been unwilling to negotiate with them as collectives.

“Landlords and large corporations will do their best to make you think that you are alone in the struggle and that there is no hope or power in organizing,” Collins said.

“I started keeping my rent as a form of protest and an attempt to get the landlord to negotiate rent forgiveness,” he said. “They have refused to deal collectively, they only want to deal one-on-one. They don't want to give any rent forgiveness whatsoever.”

Starlight Investments, which owns both 99 Dowling and 55 Triller among its portfolio of 60,000 units in Canada, did not respond to a request for comment.

“Basic needs are not being met,” says Vanessa Collins, a member of community group Parkdale Organize. “People are struggling ... to get by month to month, so if there's a little ease in pressure, that would be the best option.” #Tenants #COVID19

“This is a company that has an absurd amount of money, and they are trying to roll tenants out of their units so they can make extra. That in itself is appalling, especially during a pandemic,” said Murch, whose work designing graphics for television dried up for the first six months of the pandemic.

"Why do I lose half or more of my income and the landlord keeps getting to collect 100 per cent of theirs while everyone is hemorrhaging money right now except for Doug Ford's friends?" he said.

With market rates for rentals in Toronto growing at a much faster pace than annual increases allowed under provincial law, and the Progressive Conservative government having done away with rent control on vacated units, landlords have a strong incentive to kick people out.

Collins, who has been in her one-bedroom apartment for nearly 10 years, has set aside as much of her $1,000 a month rent as possible, but that has meant three-quarters in a good month.

She lost her job in the hospitality industry when public health restrictions forced its doors to close, and with safety concerns for her elderly parents, she is trying to find any work she could possibly do from home.

A vacant one-bedroom unit at 99 Dowling is currently advertised for $1,500 a month.