By Marc Fawcett-Atkinson | News | May 19th 2021
#7 of 25 articles from the Special Report: Canada's plastics problem 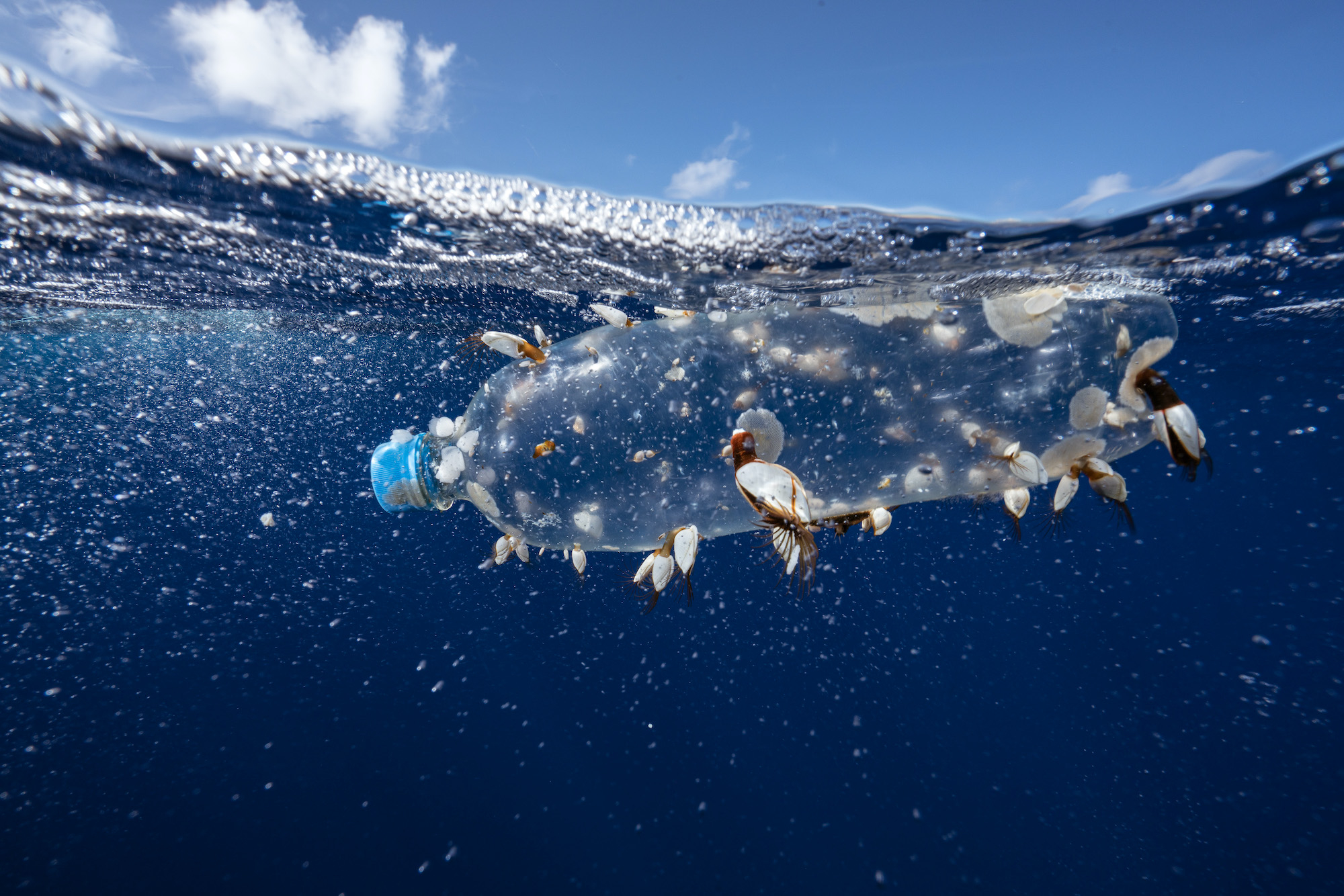 A group of major Canadian plastic manufacturers are suing the federal government over its decision to list plastic as toxic to the environment. Photo by Justin Hofman/Greenpeace
Previous story
Next story

"Plastics litter our beaches, parks, streets, shorelines, and other places Canadians value. Their harmful impact on nature and wildlife must be addressed," said Environment Minister Jonathan Wilkinson in a Wednesday statement. "We have a serious problem that requires serious leadership. Enough is enough, Canadians expect action and that is exactly what we will continue to require from the plastics industry."

The Responsible Plastic Use Coalition (RPUC), a coalition of 27 petrochemical and plastic packaging manufacturers, on Wednesday announced plans to sue the Liberal government over its decision last week to list plastic as toxic under Canada's primary environmental law — after months of lobbying against the government's approach — opening the door to a suite of planned regulations to end the plastic pollution problem.

Dow Chemical and NOVA Chemicals — two of the world's largest plastic manufacturers, according to a report released this week by the Minderoo Foundation — are among the group's signatories.

Substances can be considered toxic under the Canadian Environmental Protection Act (CEPA) if they harm the environment and biodiversity, human health, or both. Last fall, Environment and Climate Change Canada (ECCC) published a science assessment that found plastic has severe environmental impacts, justifying the government's efforts to use CEPA to manage the plastic crisis.

Laura Yates, plastics campaigner with Greenpeace Canada, voiced support for the government's approach: "CEPA is the instrument that allows for harmful, mechanically, physically harmful items to be (regulated) as toxic, and that's how the government has done this. They're doing everything (as it) should be done."

The RPUC disagrees, claiming in a statement that "plastic is not toxic" and that "it is simply wrong to list all plastic… items as toxic." The organization did not respond to a request for comment by deadline.

Canadians generate about 3.3 million tonnes of plastic waste annually, according to a 2019 report commissioned by ECCC. Only nine percent is recycled, with the remainder ending up in landfills or the environment. Packaging and other single-use plastics — which are particularly harmful and disproportionately found in the environment — account for roughly a third of all plastic waste produced annually in Canada.

Between five and 13 billion tonnes of plastic end up in the world's oceans each year. Once there, they can choke marine animals like seabirds and cetaceans, and break down into microplastics harmful to wildlife — and possibly human — health.

"There is strong evidence to list plastic as toxic under CEPA," said Ashley Wallis, plastics campaigner for Oceana Canada. "There is a very specific definition of toxic under CEPA and plastic clearly meets the definition: It is harmful to the environment. It is harmful to wildlife, therefore it deserves to be declared toxic and to be regulated under this legislation."

Still, blocking any regulations, including legal ones, is likely the industry's goal as it tries to protect its bottom line, explained Wallis.

As the world moves away from fossil fuels, oil and gas companies are eyeing plastic production as essential to their future growth. That shift could make plastic responsible for up to 15 per cent of all greenhouse gas emissions worldwide by 2050, unless Canada and other governments act to curb production, notes a 2019 study in the journal Nature.

Fossil fuel companies won't be the only ones impacted by the federal government's proposed new rules — including a ban on some single-use items — which were first announced last fall. Plastic manufacturers, packaging and food and beverage companies, and recyclers will all be impacted, Wallis said.

"There's money all along the supply chain for them," she said. "Every day these regulations are not in place (and) they can continue to operate exactly how they're operating today is like guaranteed money for them… It would benefit them, at the very least, (if) the whole lawsuit delays action."

This will not be the first time the plastic industry sues to prevent governments from attempting to address the crisis. In 2018, Victoria was slammed with a lawsuit over its decision to ban plastic shopping bags. Earlier attempts by Toronto to implement a similar ban were stalled by the threat of legal action.

"If (this) is a delay tactic, that is just disgusting," said Karen Wirsig, plastic program manager at Environmental Defence. "We hope the government doesn't fall into any trap that (could be) a delay, and moves forward with what are clearly very reasonable, necessary, and totally legal approaches to address plastic pollution."

Nor have the industry's concerns gone unheard. Dozens of plastic manufacturers and industry associations started lobbying the federal government months before ECCC's decision to prevent it from moving ahead with the designation, as reported in a Canada's National Observer investigation on the plastic pollution crisis. Last week, the ministry published its response to the industry's concerns, noting they were not sufficient to prevent the government from moving ahead with its plan.

The primary organization behind these lobbying efforts, the Chemistry Industry Association of Canada (CIAC), will not be pursuing legal action and is not affiliated with the 27-member coalition, a spokesperson for the organization confirmed in an email. Connections remain, however: Fourteen of the CIAC's plastics division's 69 members are among the group suing the federal government over its decision.

Still, for environmentalists, the plastics industry's legal efforts are little more than a waste of time and resources.

"We wish they would spend their time, energy, and money figuring out how to move away from supplying the kinds of polymers that end up polluting our environment," said Wirsig.

Editor's Note: This story was updated on May 19, 2021, to include reaction from ECCC and the environmental organizations to the RPUC's announcement.