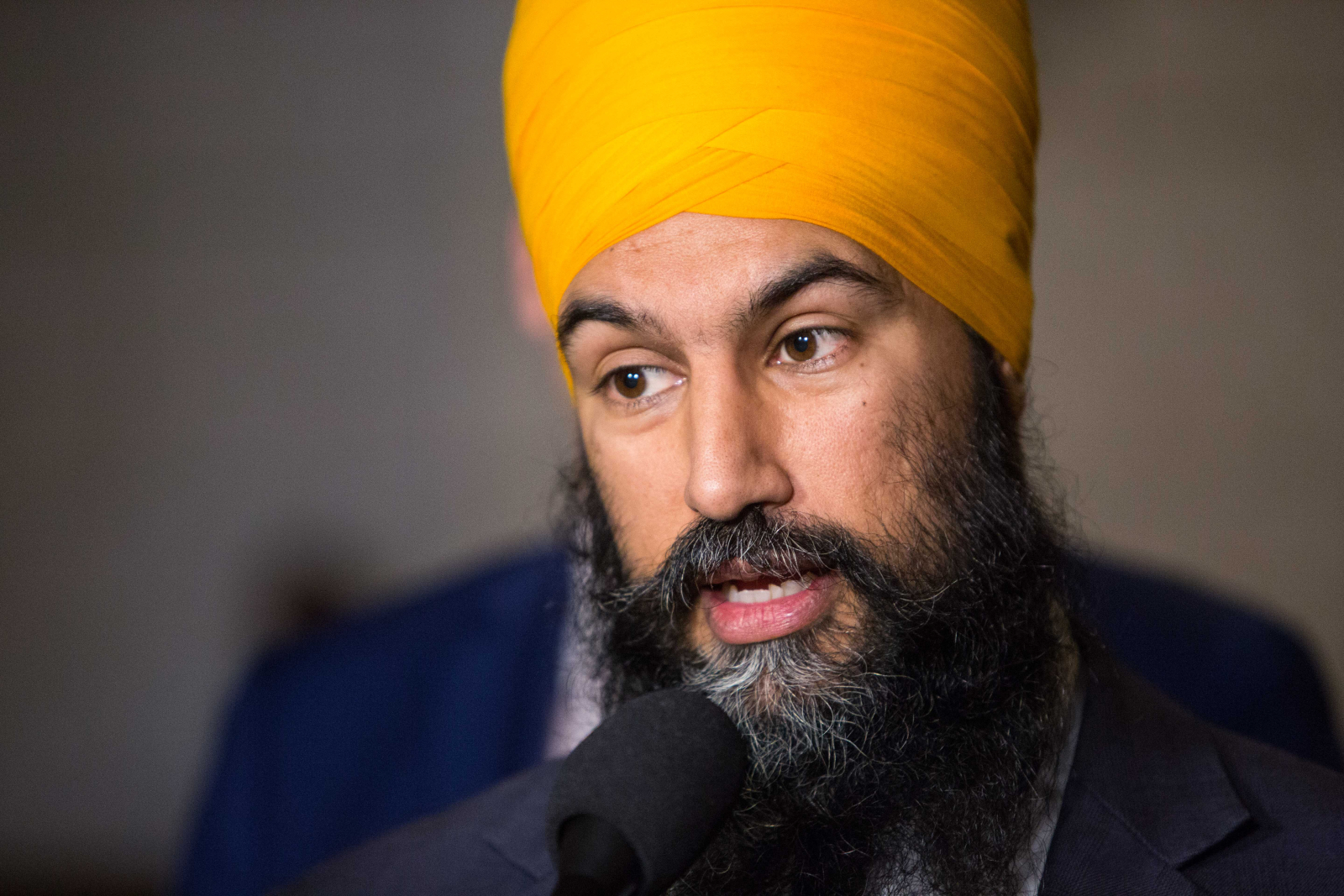 A non-binding NDP motion calling on the federal government to take concrete steps toward genuine reconciliation with Indigenous Peoples passed Monday with 271 votes in favour and zero against.

The opposition day motion calls on the Liberal government to stop taking Indigenous children and survivors of residential schools to court, terming it a “belligerent and litigious approach to justice.”

This includes a legal battle between the government and survivors of St. Anne’s Indian Residential School, one of Canada’s most notorious residential schools, where egregious abuse has been documented.

The Liberal government is also currently fighting a Canadian Human Rights Tribunal (CHRT) decision that would widen the scope of Jordan’s Principle, which states First Nations children must have access to services without jurisdictional issues creating delays. It is appealing another CHRT ruling ordering Ottawa to compensate approximately 50,000 First Nations children who were unnecessarily placed in child welfare and separated from their families as well.

“If the Liberal government continues to fight these kids in court despite the will of Parliament, that is more than a betrayal, that is a complete abdication of listening to the voices of Canada, to listening to justice,” Singh said at a press conference earlier Monday.

In a statement to Canada’s National Observer, the offices of Indigenous Services Minister Marc Miller and Crown-Indigenous Relations Minister Carolyn Bennett said “comprehensive, fair and equitable compensation” will be provided “for those impacted by the historic inequities in First Nations child welfare,” and that “regardless of legal complexities, our government continues to fully implement Jordan’s Principle.”

The CHRT rulings unilaterally impose a one-size-fits-all solution that hinders fair compensation, the statement reads. “The question is not whether we compensate. It is a question of compensating in a way that is fair, equitable and inclusive of those directly impacted.”

Following the discovery, Prime Minister Justin Trudeau said he was “appalled” at the “shameful policy” that placed Indigenous children in residential schools, but was not able to provide specifics on what support the federal government would offer to further efforts to find, identify and honour children who died at residential schools.

The federal government has since promised to make $27 million immediately available for investigations of other residential school sites. This is not new funding — it comes from the 2019 budget in which $33 million was allocated to respond to the Truth and Reconciliation Commission (TRC) calls to action on missing children and burial information.

“If the Liberal government continues to fight these kids in court despite the will of Parliament, that is more than a betrayal, that is a complete abdication of listening to the voices of Canada, to listening to justice,” @theJagmeetSingh said.

Trudeau was not present in the House Monday and abstained from voting, as did his cabinet ministers.

Despite his absence and abstention, the passing of the NDP motion offers hope for reconciliation, says Chief Robert Joseph, hereditary chief of the Gwawaenuk First Nation on B.C.’s Central Coast and a knowledge keeper for the B.C. Assembly of First Nations.

“It has been a sad, sad day in the Indigenous community,” said Joseph. But, he added, Canadians’ responses to the discovery are inspiring and the passing of Singh’s motion is an encouraging sign of progress.

“Laws, and policies must change, the way we think of each other needs to change and we need to talk to each other in different ways,” said Joseph, who is also an ambassador for Reconciliation Canada. “Our resolve will deepen as a result of all these incremental steps we take, including this (motion).”

The motion calls on the Liberals to table a progress report on what has been done to address the motion’s calls to action within 10 days.

Although it passed, the motion does not compel action, so court challenges against residential school survivors and Indigenous children can continue, but doing so would be against the wishes of Parliament.

It also calls on the federal government to accelerate the adoption of the TRC calls to action, including providing immediate funding for investigations into the deaths and disappearances of children at residential schools and trauma resources for survivors and their communities.

On May 31, Conservative Leader Erin O’Toole sent a letter to the prime minister calling for a comprehensive plan to implement the TRC calls to action regarding missing children and unmarked burials by July 1.

At the press conference Monday morning, Singh said any investigation of burial sites, churches and residential schools should only happen in partnership with Indigenous communities.

Joseph echoed the importance of centring Indigenous Peoples in order to progress to a better place.

“People must hear their voices,” said Joseph. “They cannot be ignored. They cannot be left out, and I think, once they hear our voices, then maybe we can start getting into real dialogue that brings about the transformation we need to reconcile.”

The reporters at The National

The reporters at The National Observer always inspire my respect. Thank you again for reporting on this important motion. I wonder if the language, “...all students of residential schools...” stated at the bottom of today’s article is a statement from government or unique to the press? Regardless, I find it inaccurate. Children taken from their families and communities to Residential Schools were not students, they were prisoners. It would be my wish to see that reflected in all literature. Thank you.

Prisoners, yes. Such is the

Prisoners, yes. Such is the state of all institutions founded on the premise that certain people need to be forced into conformity with society's "norms". It is this mindset that justifies and guarantees the abuses that universally are found in such institutions whether for criminals, the mentally inadequate, the mentally ill, or the unwanted, the disruptive, the non-white children. The ignorance behind this incarceration is breathtaking in its arrogance. First in determining what is "normal" and secondly, in determining that punishment is an effective "solution".