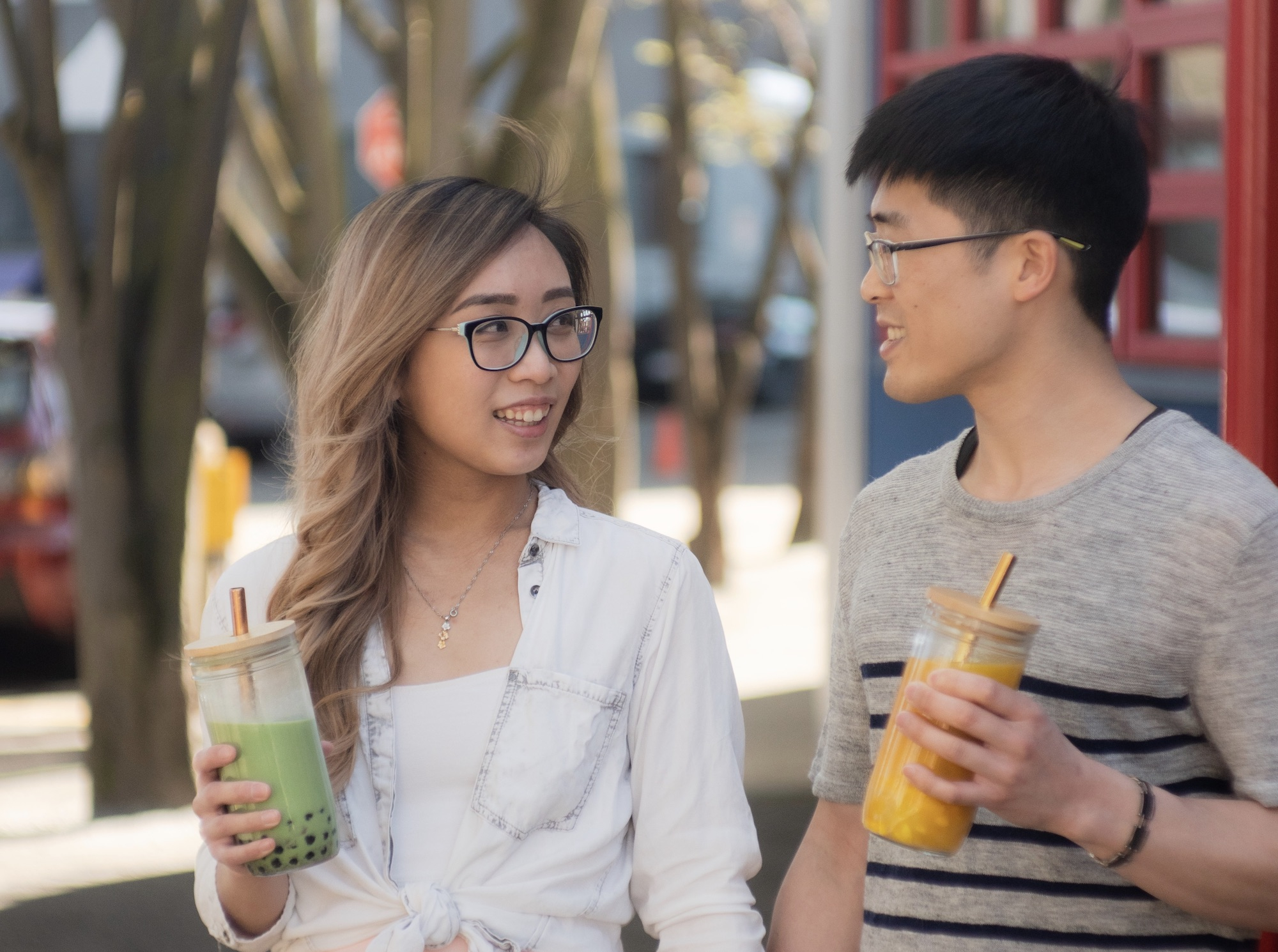 When Vancouver, and then Canada, announced plans to ban plastic straws, purveyors of takeout drinks feared business would suffer. After all, how do you sip bubble tea, a milkshake or a fruit smoothie without a straw?

The proposed ban was particularly disconcerting for bubble tea aficionados who rely on oversized straws to suck up their pearls.

Bubble tea, or boba, is a chilled drink made with sweetened milk tea and “pearls” — tapioca balls a centimetre across. It is typically served in a single-use plastic cup with an extra-large straw big enough to simultaneously suck up the tapioca and the tea. Originally from Taiwan, the beverage is hugely popular with millennials and Gen Z, particularly in the Canadian and the U.S. East Asian diaspora.

"It's no secret that straws are an essential part of drinking bubble tea," said Carrie Lai, a Vancouver environmentalist and creator of the world's first reusable cup designed for bubble tea. "You can't get at the (tapioca) if you don't have a straw to suck it up. It's not like iced coffee where you can just skip the straw."

Yet those straws — like all single-use plastic — are driving an environmental disaster.

Canadians generate roughly 3.3 million tonnes of plastic waste each year, according to a 2019 study by Environment and Climate Change Canada (ECCC), almost half of which is packaging. Most goes to landfills, is incinerated or leaks into the environment. Only nine per cent — 305,000 tonnes — is recycled.

Takeout cups, straws and a handful of other hard-to-recycle single-use plastic items are particularly harmful, choking marine life and breaking down into toxic microplastics. They dominate the millions of tonnes of plastic that litter the world's oceans, according to a study published this month in the scientific journal Nature Sustainability.

The federal government has promised to curb the crisis, listing plastic as toxic under Canada's environmental laws and promising to ban six single-use items — including straws — by 2022, in addition to a suite of other measures to curb new plastic production. The move comes after years of local bans on harmful plastics enacted by municipalities across the country.

Still, bubble tea's reliance on straws and the drink's cultural importance for many Canadians has in the past led to calls for flexibility in implementing the bans. For instance, Vancouver's recent ban on single-use items — including plastic straws — gave the city's hundreds of bubble tea shops a year-long extension to come up with alternatives because of their cultural importance, according to a 2019 report by the city.

"For a lot of folk, it's a delicious drink that allows them to access identity and culture in a way that speaks especially to the younger generation. Bubble tea has been elevated socially in a way in North America. It's a drink that's very tied to the Asian-American and Asian-Canadian identity," explained Kevin Huang, executive director of the hua foundation, an organization that supports cultural heritage and social change in Vancouver's East Asian community.

When B.C. — and then Canada — announced plans to ban plastic straws, purveyors of takeout drinks feared business would suffer. After all, how do you sip bubble tea, a milkshake or a fruit smoothie without a straw?

The drink's portability — made possible through straws and plastic cups — is a key part of its appeal because it can be easily enjoyed in informal, public spaces like parks or beaches, Huang said.

For Lai, the drink is a daily ritual: "Some people can't survive their day without morning coffee. I'm not a coffee person — but I am a bubble tea person. It just makes me happy."

In 2018, after months spent unsuccessfully searching for a reusable bubble tea cup for her own use, she found straws large enough to suck up the drink's tapioca pearls online. Her partner then bought a flat of Mason jars, modifying their lids to fit the straws, and they posted the handmade jars to her Facebook page for friends and family to see.

Within hours, the post had garnered hundreds of views — and Lai's phone was buzzing off the hook.

"That was crazy," she said, recalling months of late nights spent crafting the cups from Mason jars and stainless steel straws for customers across the Lower Mainland. Most had heard of her cups through Facebook and wanted to reduce the environmental impact of their go-to drink.

The couple soon started working directly with straw and mug manufacturers in China that guaranteed the budding company a sustainable supply of oversized, reusable straws. Three years later, the company is pumping out roughly 10,000 cups a year and shipping them to bubble tea fans and stores across Canada and the U.S.

Others have since started making reusable straws and cups, including independent shops and larger bubble tea chains, she said.

Environmentalists and researchers agree that strong regulations limiting plastic production are key to ending the plastic crisis. Still, people's choice to use less single-use plastic — including when they buy bubble tea — can help, Lai said.

"They're saving single-use plastic from being used," she said.