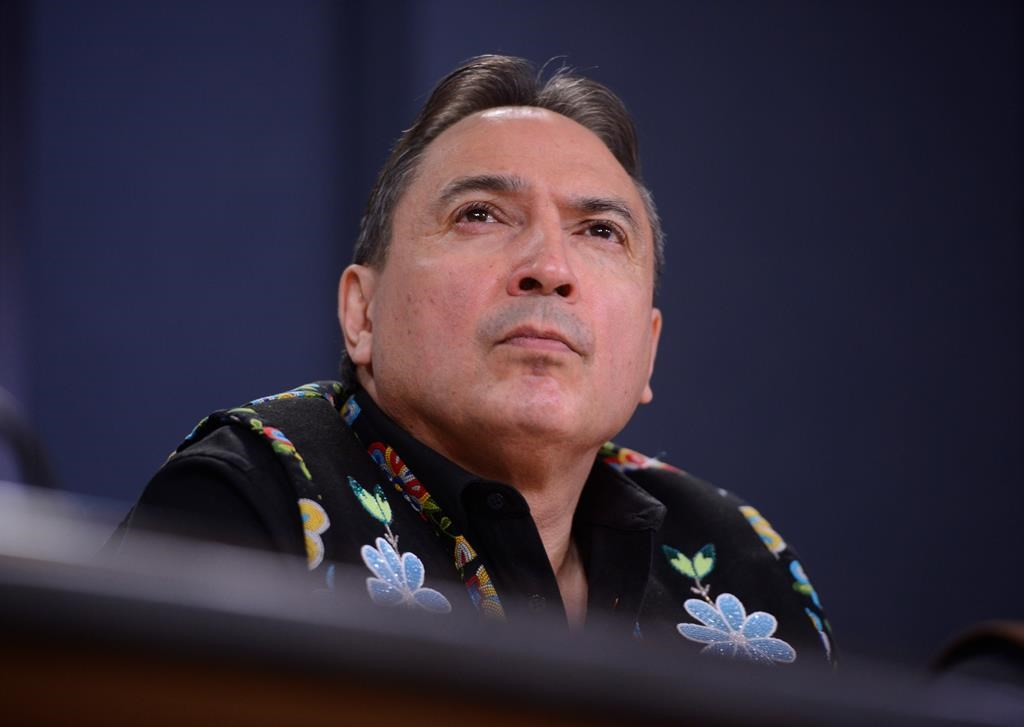 First Nations chiefs and delegates will gather virtually this week to discuss their communities’ priorities and plans for moving forward — even as they also reflect on a past brought into harsher light with the recent discoveries of unmarked graves at former residential schools.

The Assembly of First Nations' 42nd annual general assembly begins Tuesday and will feature the election of a new national chief to represent the advocacy organization’s 634 First Nations, encompassing more than 900,000 people.

Outgoing National Chief Perry Bellegarde signalled his intention not to seek re-election last December, saying he has spent his six years in the role helping to bring Indigenous issues to the forefront of Canadian public life.

He has been called upon to respond to the news that First Nations have used ground-penetrating radar to locate what are believed to be the remains of hundreds Indigenous children buried in unmarked graves on the sites of at least three former residential schools.

But Bellegarde's sentiments in his last days in office have remained hopeful.

“I encourage you to take the time today to reflect on the atrocities committed against First Nations. It is also a chance to listen and learn about how we can make Canada’s future better for everyone,” Bellegarde said in a series of tweets published on Canada Day — a day marked by lowered flags and silent vigils in lieu of celebrations in many places across the country.

“We all know that more work needs to be done. I am pleased to see that Canadians, especially youth, have entered a national dialogue around reconciliation that many couldn’t face before. This is progress.”

Bellegarde has pointed to his success in pushing for several important initiatives. That includes legislation to revitalize and protect Indigenous languages, increasing Indigenous voter turnout in general elections and seeing legislation harmonizing Canada’s laws with the United Nations Declaration on the Rights of Indigenous Peoples receive royal assent last month.

Now, he says it’s up to Canadians to take the next steps and educate themselves about what is needed to continue building toward reconciliation with Indigenous Peoples.

He wants everyone to read the reports of the Truth and Reconciliation Commission, the National Inquiry on Murdered and Missing Indigenous Women and Girls and the testimonies of residential school survivors, calling these “easy actions everyone can do.”

“We need all Canadians to commit themselves to the journey of reconciliation. The best story of Canada has yet to be written.”

#AFN to honour children who perished at residential school ahead of vote for new chief. #ResidentialSchools

Seven candidates are vying to replace Bellegarde as the next national chief, including three women. The AFN has never been represented by a woman.

— Cathy Martin of the Listuguj Mi’gmag Nation in Quebec;

Several ballots are expected before a winner is declared on Wednesday. A candidate must secure 60 per cent of votes cast to win. After each round of voting, the candidate with the fewest ballots will be eliminated until one finally receives 60 per cent support.

A number of First Nations organizations and individuals sent letters of concern to AFN leadership this requesting to put off the vote, given the ongoing COVID-19 pandemic.

A resolution calling for a delayed election is on the agenda for discussion among the chiefs and their proxies Tuesday, noting that the AFN charter does not allow for online elections and that concerns have been raised about what happens if the election results are challenged.

Nonetheless, a vote is scheduled to take place virtually on July 7.

On Tuesday, Bellegarde will deliver remarks, and there will be a tribute to his time in leadership. Then, the virtual event will hold a moment of silence for the children who went missing or died while attending residential schools.