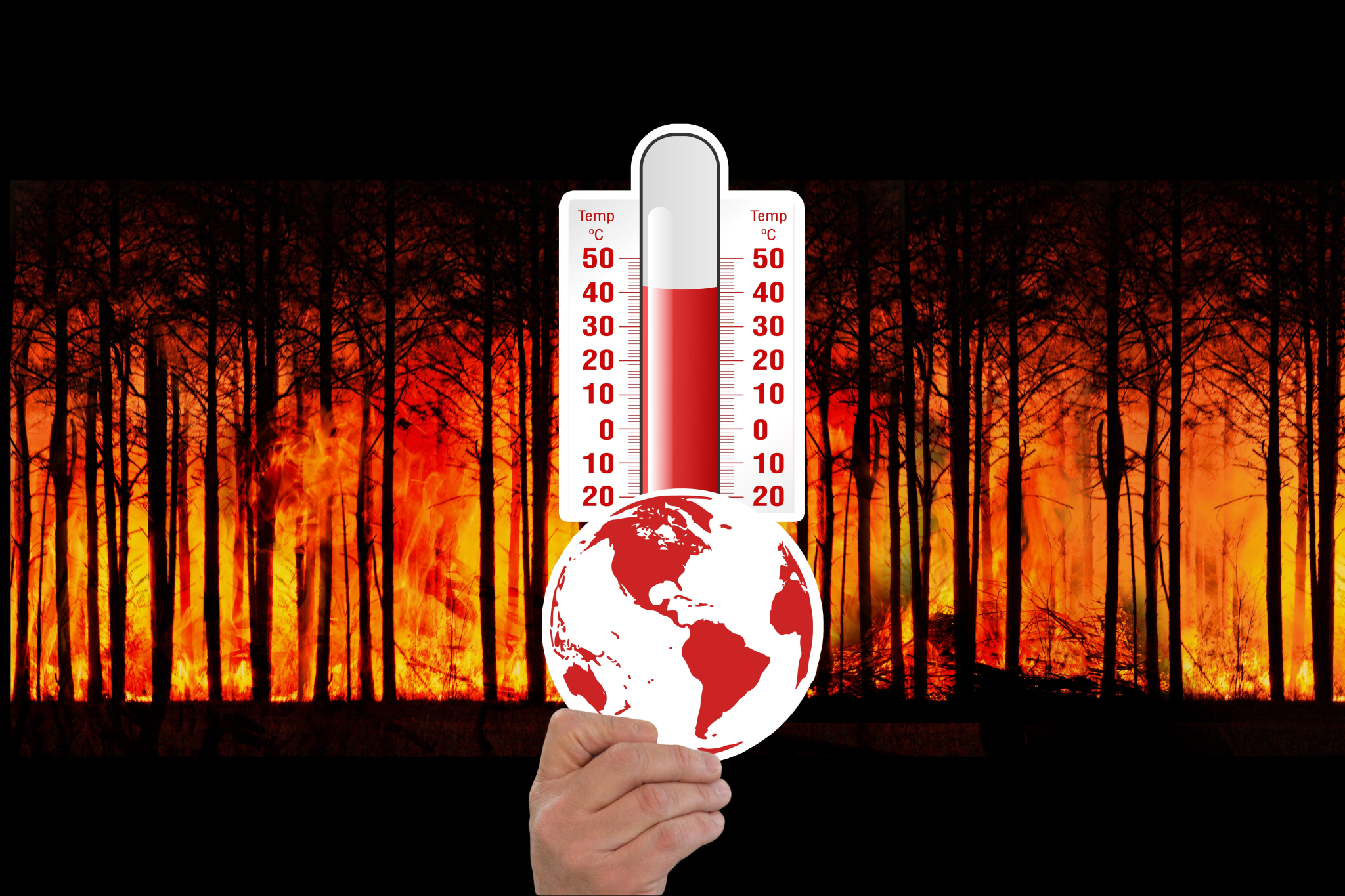 The recently passed Bill C-12 won't do enough to battle the climate crisis. Photo by Pikrepo
Previous story
Next story

Pretending to have the most ambitious climate policies while granting new oil licences, exploring future oilfields, bragging about your so-called ambitious climate commitments — which, if you look holistically, are vastly insufficient — and then get caught not even trying to reach those targets.

The Liberal Trudeau government continues to avoid taking the climate emergency seriously. Witness the latest manipulations involving the net-zero emissions accountability law, Bill C-12. As originally drafted last fall, it lacked the substance and accountability needed to be effective. This was obvious to everyone.

However, many Canadian environmental groups have chosen to applaud the passage of this bill — while holding their noses over its inadequacies — because they are desperate for any legislation that might help move the federal government to action on the climate crisis. As several groups expressed in a June 23 letter to the Senate: “While the bill falls short of the gold standard, we cannot afford further delay in its progress through the Senate and passage into law.”

Before the bill was introduced in the House of Commons, the same climate NGOs wrote a joint letter to the federal government laying out what they saw as the five pillars of a serious climate accountability act.

Given that Canada has missed every climate target commitment over the last 30 years, and given that the Liberals have failed to cut emissions since their 2015 election majority, the necessity of a strong bill was clear. However, the Liberals refused to embrace the pillars in several meaningful ways in their legislation.

Most worrying was Climate and Environment Minister Jonathan Wilkinson’s refusal to establish a 2025 milestone with its reporting requirements and followup action. The 2018 Intergovernmental Panel on Climate Change report made it crystal clear that the 2020s is the critical decade for countries to reduce their carbon footprint in half. The recently leaked IPCC draft report on tipping points increases the urgency. Not having a 2025 milestone undermines the incentives and accountability crucial to meeting our commitments.

Tellingly, Bill C-12 was delayed for months through the winter, and then, during the last few weeks of the parliamentary session, rushed through the environment committee, the House and the Senate. This left little time for the detailed discussion and expert input that would be the norm for such an important bill.

The environment committee hearings were basically undermined. Because of the cynical, last-minute rush, many of the briefs from the public did not reach environment committee members before key decisions were being made. Also, Green Party MP Elizabeth May had arranged for several expert witnesses to appear, but there wasn’t time to hear from them. These included New Zealand’s minister of climate change who was willing to speak about that country’s comprehensive climate bill, which had recently come into effect.

To make matters worse, when the bill was referred to the environment committee, the Liberals were accused by the Green Party of making a backroom deal with the NDP. The party would support C-12 if the Liberals gave it some limited amendments the NDP could use to demonstrate it cares about the climate.

Instead of holding the Liberals’ feet to the fire for a 2025 milestone, the NDP compromised on a 2026 “objective” — without the planning, impact or consequences of a milestone. The NDP environment committee member reported that his party wanted a 2025 milestone, but Wilkinson was unwilling to agree to it. So, the NDP, which has never properly used its balance of power possibilities, compromised on this crucial point.

Wilkinson has claimed that Canadians can vote the Liberals out if they miss future targets — a right we had before C-12. The “accountability act” changes nothing! Would you be satisfied with a bank that first refused to review your finances regularly, and then offered you the opportunity to switch banks if you uncovered incompetence?

Many environmental groups applaud #BillC12 out of desperation for any legislation that might help push the federal government to action on climate, but the Liberals' new “accountability act” changes nothing, writes Ken Johnson. #cdnpoli

So, why wouldn’t the Liberals agree to a 2025 milestone or true accountability? The answer seems clear from the deep analysis the group Seniors for Climate Action Now (SCAN) conducted on the Liberal climate plan announced last December: The Liberals have little intention of cutting greenhouse gases by 50 per cent this decade.

Their focus is not on replacing fossil fuels with renewables, but rather on increasing fossil-fuel extraction to make “blue” (mostly from fracked gas) hydrogen, invest heavily in costly, unproven and risky small nuclear reactors, while ramping up very costly, ineffective carbon capture to bury emissions. Tar/oilsands companies are now requesting a $50-billion taxpayer subsidy to decarbonize. Each of these initiatives is fraught with problems, will distract from the required urgent action and divert tax dollars away from renewables. The SCAN assessment is captured in the 50-page report’s title, “The Liberal Climate Action Formula: A Recipe for Failure.”

Canada now has a Net-Zero Emissions Accountability Act that the Liberals and the NDP will no doubt hold up in the widely expected election later this year to demonstrate their deep commitment to climate action. Sadly, too many will believe them.

The climate crisis is here in many forms — including the raging, deadly, record-setting heat wave causing uncontrollable wildfires throughout Western Canada.

Ken Johnson is an adjunct professor at the School of Epidemiology, Public Health and Preventive Medicine at the University of Ottawa.

"the NDP, which has never

"the NDP, which has never properly used its balance of power possibilities, compromised on this crucial point."
I think it probable that the NDP, if somehow elected to a majority government in Canada, would turn out to not be that great on climate change . . . albeit better than the Liberals.
(Mind you, I'm not even sure the Greens would do very well--they seem like the kind of party eminently capable of selling out their supposed principles the moment they get a sniff of power. Just like most parties)
But this line strikes me as unrealistic. The Liberals would far rather have let the climate bill die so they could blame the Conservatives and the NDP for it dying, than pass a truly strong bill. Thus the NDP's leverage would be distinctly limited. There was no way they could hold out for much. Getting a third of a loaf or so was a pretty good achievement under the circumstances.

What matters to strong climate policy going forward is much less what the political parties think, because they're all subject to either bribery or media discipline or both, and much more popular action to force the hand of whoever's in power.

I concluded long ago that a

I concluded long ago that a political solution to sincerely fighting climate change is all but impossible in a country run by politicos underpinned by industry. Follow the donor money. The fingerprints of the corporate sector and industrial unions are all over these weak and compromised policies.

This doesn't mean that change won't happen. The wrenching disruption of electric vehicles, the increasingly competitive costs of renewables, the huge advances in electricity storage and consumer preferences that change when more affordable renewable products come on board will all have their effect irrespective of government.

The genuine policy advances are at the local level, not the national or inconsistent provincial levels. BC's new Step Code coupled with Vancouver's latest policies to eliminate fossil fuels from the urban economy will impose radical change on building construction, heating and cooling. The feds and province have upped the ante on transit funding from previous initiatives and the transit-oriented development response has been phenomenal for decades.

Though progressive policies in urbanism will result in more walkable communities, it remains to be seen whether Vancouver council will cave to NIMBYs when it comes to quality urbanism with more affordable housing by utilizing the vast tracts of land currently locked up in the backyards of thousands of large lots to convert single-family detached houses to attached rowhouses, townhouses and low rise apartments while allowing more zoning flexibility for shops and offices to create more truly walkable neighbourhoods. In some ways Vancouver's running out of land is a blessing. It will lead to better urbanism and the possibility that net zero communities will be built.