Scientists hate sun glint, but it has a silver lining 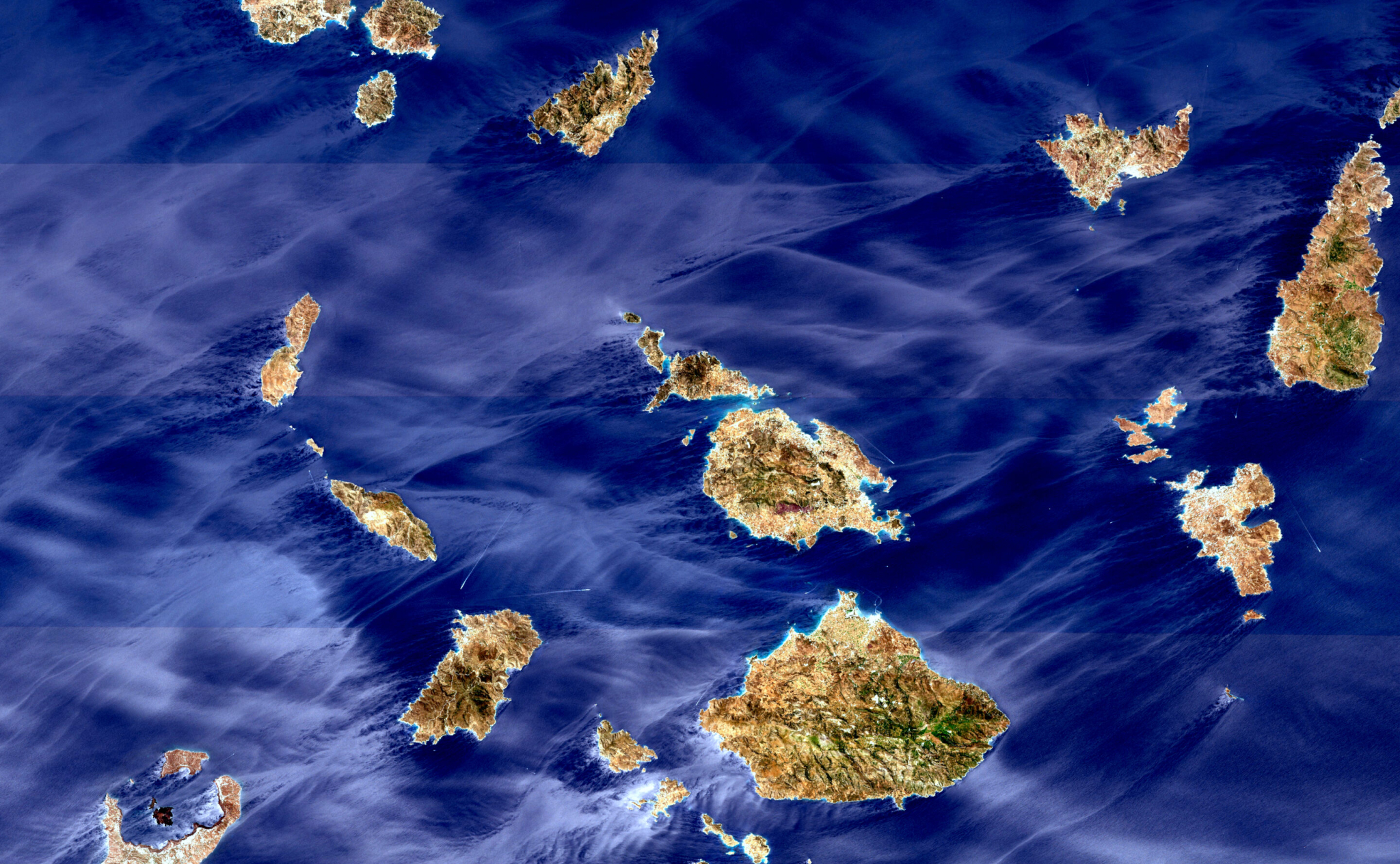 Paros, Naxos, and other Greek islands resemble stones scattered across a rumpled satin sheet of vivid blue in this satellite image captured in late June. The stunning image is the result of an interplay between water and air, and the power of the sun to shape what we — and our satellites — see. The optical phenomenon of sun glint plays a starring role in this painterly portrait of the Aegean Sea.

“This image is interesting, and beautiful, because of the combination of sun glint and wind,” says Susan Kay, an ecosystem modeller at Plymouth Marine Laboratory in England. “I love the way this image is caused by two kinds of wave: light waves reflecting from water waves.”

Sun glint is simply sunlight that bounces off the water’s surface and is directly reflected into the satellite’s sensor. “It’s just the same as when you see sunlight reflected off a window or car windscreen,” says Kay. “The bright light can dazzle you, and it’s the same for the sensor on the satellite.” Over open water, sun glint typically appears as a silvery, washed-out area in satellite images. This obscures important information for remote sensing scientists — but can also reveal hidden oil slicks and other goings-on in the environment.

Breaking down the Aegean Sea image with a physicist’s eye, Kay explains that “the blue colour of the water comes from below the surface: Particles in the water reflect blue light more than the other colours, so we see the sea as blue. Reflection at the surface affects all colours equally, so the sun glint patches look white.”

Strong northerly winds in the Aegean kicked up ocean waves, which in turn created the image’s gossamer effect. “If the sea was completely calm, we would just see a patch of white, but the wind ruffles the water surface and breaks up the reflection,” Kay says. “Light is reflected off the peaks and troughs of the waves in different directions, and if the direction is towards the satellite, that part of the image will look white — it’s sun glint.”

The phenomenon of sun glint is technically a specular reflection, the same phenomenon that on the ground creates mirror-like landscape views on a still body of water. “The light goes from the mountain, bounces off the lake and into your eyes in the same way that light can come from the sun, bounce off the sea and into the sensor of the satellite,” says Kay, adding, “but the sun is much brighter than the mountain.”

For scientists who use remote sensing, sun glint can wreak havoc with their data. Kay, for example, develops sophisticated models of marine ecosystems that are used to help understand climate change or create better conservation strategies. But sun glint wipes out a whole swath of information about the water column when it hits satellite sensors, including the presence of potential dangers, such as harmful algal blooms.

Sun glint: This beautiful, satiny optical phenomenon can wreck satellite imaging, but it can also reveal hidden aspects of our planet. #SunGlint #SatelliteImaging

“The reflected sunlight is much brighter than the light coming from anything underneath the water, so it drowns out the images of the algae,” says Kay. She and her colleagues have studied ways to limit the negative impact of sun glint. These complex techniques estimate how much sun glint distorts the sensor’s readings and then try to compensate for the contamination during image processing.

Sun glint can occur anywhere, but technicians try to design satellite paths to reduce its likelihood. It’s not all bad, though. The phenomenon can be handy for mapping oil slicks from both manmade spills and natural seepage. That’s because surface oil has a dampening effect on the water and can alter its reflective properties. The slicks are much easier to detect in open water when sun glint is present.

Sun glint can also reveal an otherwise invisible feature in Earth’s atmosphere: atmospheric gravity waves, which are simply waves of air moving through stable portions of the atmosphere. Triggered by anything from passing over a mountain to a thunderstorm updraft, these bands of air move upward until gravity tugs them back down, over and over again. You can think of them as airy versions of the ripples that result from a stone tossed into a still pond. Over open water, these air waves alter the reflectivity of the surface. In areas where sun glint is present, this creates the illusion of long, large ocean waves. Clouds often form along the crest of the atmospheric gravity waves, enhancing their similarity to surf when imaged by a satellite.

While visualizing atmospheric gravity waves is not vital for weather forecasting, climate modelling, or other applications, their appearance in satellite imagery, thanks to sun glint, demonstrates how much of our planet’s workings go on undetected. That reminder is, perhaps, sun glint’s silver lining.

For geoengineers, a scientific existential crisis