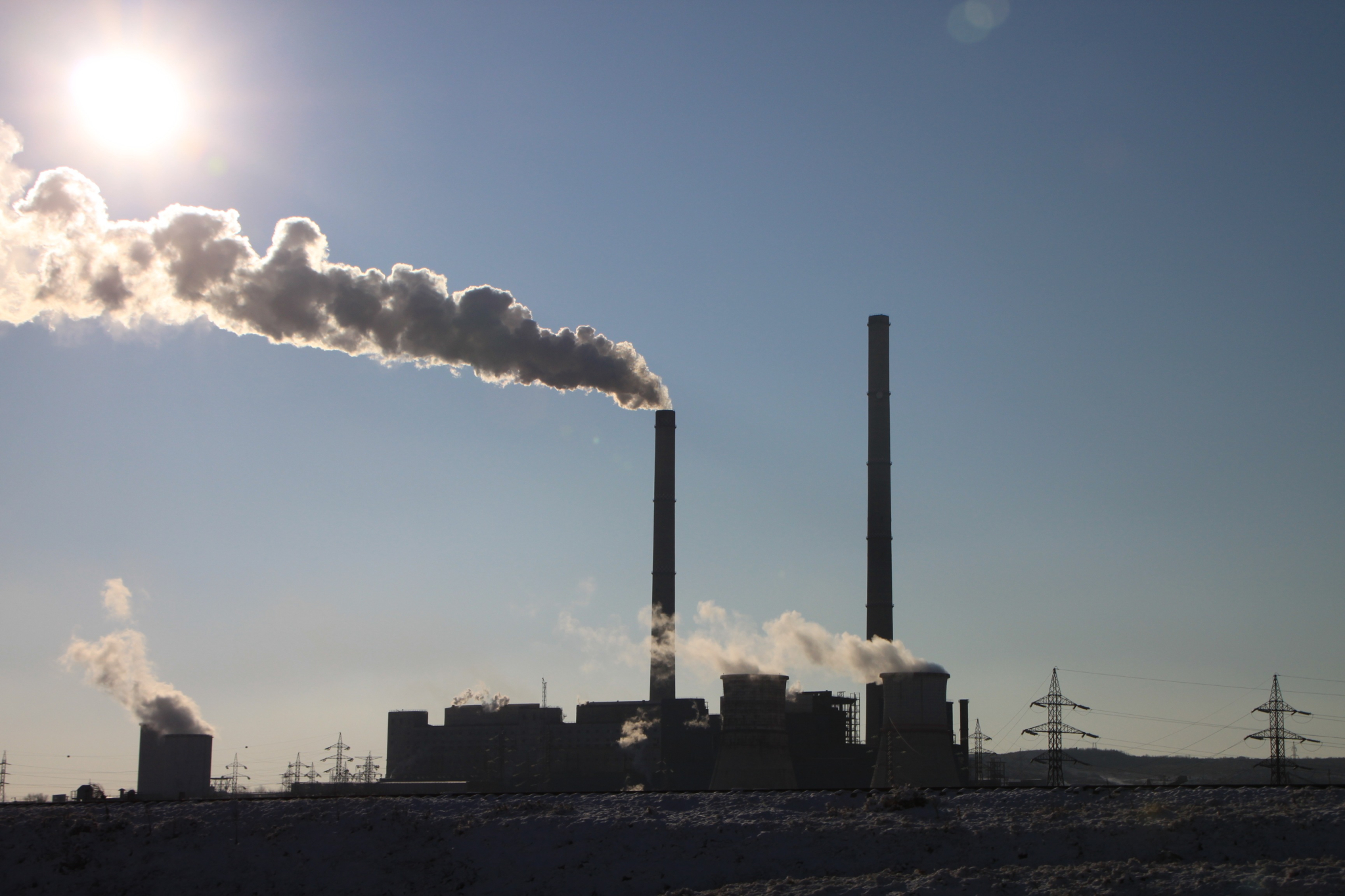 We must reduce greenhouse gas emissions both here in Canada and around the world. Photo by Pikrepo
Previous story
Next story

The past month has been a wake-up call for many Canadians as large parts of the country sweltered under an intense “heat dome” that is believed to have contributed to at least 719 sudden deaths in British Columbia.

Scientists have since concluded the heat wave would have been “virtually impossible” without climate change caused by the burning of fossil fuels.

The solution is clear. If we want to stop similar events, or worse, from becoming a regular feature of life, we must reduce fossil fuel consumption both here in Canada and around the world.

Canada, as a fossil fuel exporting country, has a crucial role to play in the global fight against the climate crisis. We must address the role our fossil fuel exports have in deepening the climate emergency. But until now, the full extent of that role has been hidden from Canadians by our government.

New data from Environment Canada — secured by Ecojustice — reveals just how rapidly Canada’s exported emissions are increasing. Ecojustice submitted a petition to the minister of environment and climate change requesting information on emissions from Canada’s fossil fuel exports since 2016. While Canada has stabilized its emissions at home, it is also exporting more emissions than ever before. Between 2012 and 2019, Canada’s exported emissions from the sale of oil, gas and coal increased an alarming 46.43 per cent.

Exported emissions are the CO2 pollution that is released when the fossil fuels Canada sells to other countries are burned. This differs from domestic emissions, which is pollution that enters the Earth’s atmosphere from within Canada’s borders. So, while Canada is making strides to reduce its domestic emissions, the impact of Canada’s exported emissions remains largely hidden and continues to rise unchecked.

Environment Canada’s own data shows that since 2015 — the year Canada was lauded for its role in negotiating the Paris Agreement — Canada’s exported emissions have eclipsed our domestic emissions.

After signing the agreement, Prime Minister Justin Trudeau famously announced to the world that “Canada (was) back” and ready to take up the fight against climate change. And yet, Canadian export emissions have done exactly what they did under Trudeau’s predecessors — they keep rising.

To date, Canada has been able to avoid scrutiny for its exported emissions. International agreements like the Paris Agreement only obligate countries to account for their domestic emissions. This has obscured the extent to which Canada has contributed to the rise in global emissions and deepened the climate crisis.

While Canada has stabilized its emissions at home, it is also exporting more emissions than ever before, writes Fraser Thomson of @ecojustice_ca. #Ecojustice #cdnpoli #EnvironmentalJustice

Part of the reason these emissions often go unnoticed is that the federal government does not account for fossil fuels exported abroad, nor does it show any intention of counting these emissions — let alone putting a plan in place to reduce those emissions.

In the face of the climate crisis that is displacing, sickening and even killing people here in Canada and around the world, this is no longer good enough. We cannot continue the practice of committing to reduce domestic emissions while taking no responsibility for how Canadian exports are making the climate emergency worse. The atmosphere doesn’t care where carbon is emitted.

While aspiring to be leaders on climate change, Canada is one of the largest exporters of fossil fuels and the world’s third largest exporter of crude oil. The data provided by Environment Canada shows that in 2018, Canada’s exported emissions were 924.3 Mt, meaning there were almost 25 tonnes of greenhouse gases for every person in Canada. By comparison, in 2018 the United States’ exported emissions were slightly more than three tonnes per person.

From the Trans Mountain pipeline to Coastal GasLink, Canadian politicians continue to back fossil fuel projects that would see Canada export more emissions for decades to come. Over the past three years, federal and provincial governments have spent $23 billion to support oil and gas pipelines.

For the sake of a livable future, this has to stop.

The good news is that here in Canada, things are starting to move in the right direction. The federal government has set a tougher target for reducing domestic emissions, passed critical climate accountability legislation and made moves to phase out coal.

But none of this gets at the bigger problem Canadian governments seem reluctant to acknowledge. Climate action at home, while necessary, will be insufficient to address, or even begin to reduce, how Canadian fossil fuel exports are exacerbating the climate emergency globally.

Canada can choose to stop making things worse. It should. The formula is simple: Count exported emissions and take responsibility for them by reducing fossil fuel exports.

If we don’t account for what we put out into the world, we know what will happen. These emissions will come back to haunt Canadians in the form of scorching heat waves, disastrous flooding and choking wildfires in the years and decades to come.

Fraser Thomson is a lawyer at Ecojustice whose work mainly focuses on the impact of fossil fuel operations on communities and the environment.

This text is right on target.

This text is right on target. I've heard dozens such statements by promoters of the Energy East pipeline in 2016... and in 2020 by GNL Québec liquéfaction plant in Saguenay.
Carbon dioxide is a world-wide problem. It circles the planet; it respects no national boundaries nor bureaucratic double-talk.
THINK GLOBALLY; ACT LOCALLY!

"While Canada has stabilized

"While Canada has stabilized its emissions at home, it is also exporting more emissions than ever before. … So, while Canada is making strides to reduce its domestic emissions, the impact of Canada’s exported emissions remains largely hidden and continues to rise unchecked."
Strides? Not even baby steps.
Under climate leader Trudeau, Canada's NOMINAL GHG emissions in 2018 hit levels not seen in a decade. "Canada's emissions have actually climbed slightly every year the Liberals have been in power, from 707 Mt in 2016 to 716 Mt in 2017, 728 Mt in 2018 and 730 Mt in 2019."
Oilsands emissions do nothing but climb year after year. Oilsands expansion enabled by new export pipelines will prevent Canada from meeting its inadequate targets for decades.

Canada employs creative accounting to wipe forest emissions off the books:
"Canada's forests actually emit more carbon than they absorb — despite what you've heard on Facebook" (CBC, Feb 12, 2019)
"Our managed forest land hasn't been a net carbon sink since 2001
https://www.cbc.ca/news/canada/calgary/canada-forests-carbon-sink-or-sou...
"In its 2017 revised submission to the United Nations Framework Convention on Climate Change, the federal government indicated how it plans to re-evaluate its accounting of biomass.
"'Canada is examining its approach to accounting in the land use, land-use change and forestry sector,' the submission reads.
"As part of this process, CANADA WILL 'EXCLUDE THE IMPACTS OF NATURAL DISTURBANCES AND FOCUS ON ANTHROPOGENIC EMISSIONS AND REMOVALS.'
"In other words: Don't count our wildfires or the devastation from our pine beetles, but do count our forestry and farming practices.
*
So Canada will exclude the emissions caused by AGW (anthropogenic global warming) impacts (wildfire and insect infestations), which make Canada's managed forests net carbon sources.
In the real world, Canada's forests will increasingly be net carbon sources.
Former Env Minister Catherine McKenna's shifty accountants turned a net carbon source into a carbon sink.
Magic.

"Count exported emissions and take responsibility for them by reducing fossil fuel exports."

Not only a fallacious

Not only a fallacious argument but fraudulent (double) accounting if the author did not subtract the CO2 from burning imported fossil fuels from the national accounts whilst adding the CO2 associated with exported fuels. It makes his group look either incompetent or deliberate liars either of which does a disservice to all of us who wish to see our society come to grips with climate change.

Sounds like a bit of a Shell game to me Erik....but one that could convince bean counters to consider importing more and exporting less....

If we want a liveable planet. PS: We've already left it very late...so baby steps won't get us running off anywhere in time.

This is what imperialist

This is what imperialist colonists do........export the damge, import the benefits. Why are we surprised, after years of neoliberal take from the poorest countries, after learning that we shipped them our garbage rather than recycling it as we claimed.

Hiding the damages of industrialization, getting rich off the benefits....is what our entreponers do.....what our political elites allow them to do....

Makes me think a bit of protectionism might be in order........and not just here in Canada. Robust regulation would prevent some of this downloading of liabilities....though it might cut into 'private efficiencies' that have made the most venal of us into billionaires and trillionaires.