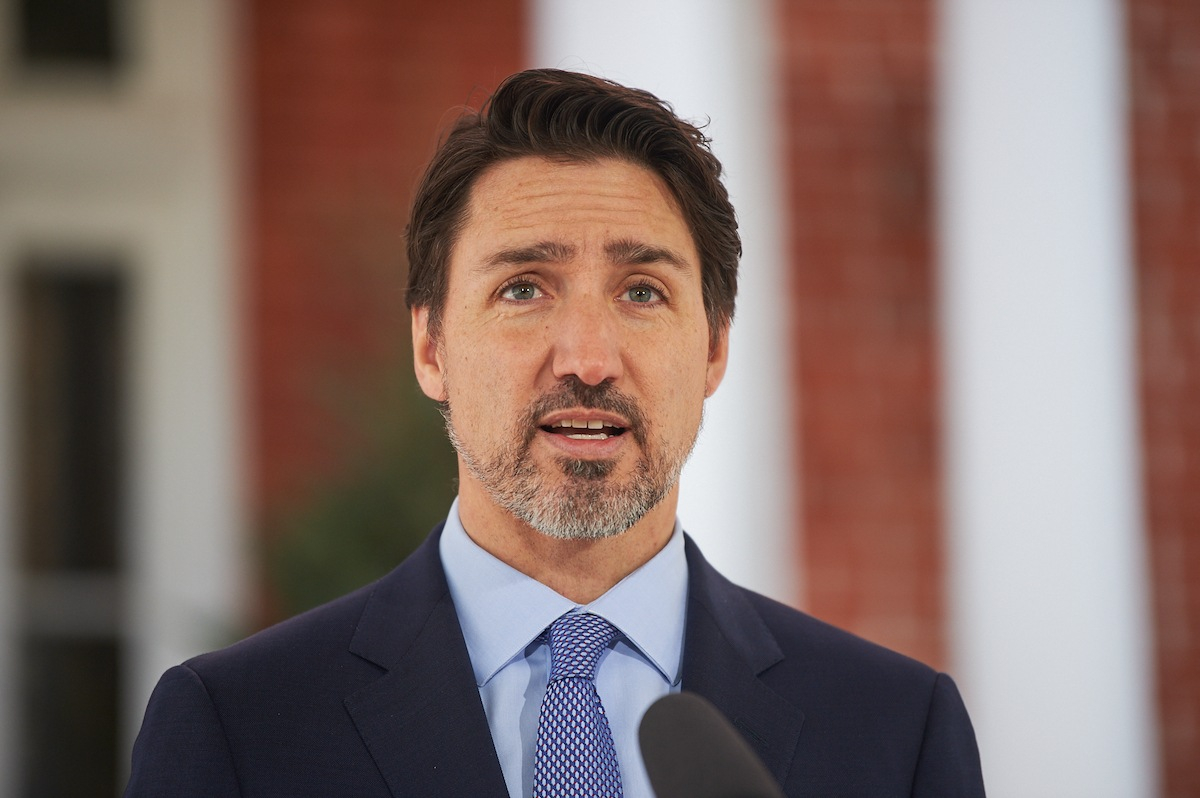 For all the talk about the Conservative Party of Canada’s campaign launch this week, it’s the NDP that has emerged as the biggest story so far. After all, while Erin O’Toole may be the person most likely to end up with Justin Trudeau’s job, Jagmeet Singh is clearly the one who is the bigger threat to the Liberal leader right now.

That’s because multiple polls have now shown the federal NDP cresting the 20 per cent threshold, with its support concentrated in most of the places the Liberals need to win their majority. In urban and suburban ridings throughout Ontario and British Columbia, the NDP is a threat to either win outright or split the progressive vote enough to allow the Conservative candidate to squeak by.

Singh’s NDP is particularly popular among younger voters, the same demographic that helped propel the Trudeau Liberals to their first majority in 2015. After winning nearly half of the votes among Canadians aged 18 to 34, the Liberals have slipped under 30 per cent, according to recent Leger polling. That same polling has Singh and the NDP leading among younger Canadians with 33 per cent support.

Their standing among millennials should have Liberals worried, given young people now comprise one-third of the electorate. That makes them by far the biggest demographic, one that’s much more powerful than the Boomers or gen-Xers.

It’s not hard to figure out why the shine is off Trudeau’s Liberals for younger Canadians. It has been six years since he won an election with his positivity and “sunny ways,” and he has had to deal with the reality of governing ever since. Those realities have included the failure to follow through on the promise of electoral reform, the SNC-Lavalin scandal, and the fallout from Jody Wilson-Raybould’s departure from cabinet and caucus. The recent decision to send $500 cheques to everyone over the age of 75 surely won’t help Trudeau’s popularity among younger Canadians.

Singh’s NDP, meanwhile, is offering up policies that are particularly popular among younger people, whether it’s universal pharmacare or wealth taxes on the rich. His TikTok game remains unparalleled in Canadian politics, and he knows how to reach younger people in a way that mostly eludes the two other major parties.

If you’re the NDP, though, this isn’t all good news. For one thing, younger voters are notoriously fickle about actually turning out and voting. While 57.1 per cent of them turned out in 2015, that dipped to 53.9 per cent in 2019 — and was close to 50 per cent among those under 25, where Singh and the NDP are most popular. In an election where the risk of COVID-19 remains ever present, and where young people are now most likely to get infected and sick from it, those turnout numbers could get even lower.

There’s also the risk of peaking in a campaign. Singh is undeniably popular among Canadians, but he’s also still something of a mystery to many of them. While 39 per cent of respondents told Abacus Data they had a positive impression of the NDP leader, nearly as many (37 per cent) said they “didn’t know.” For the Liberals, that’s a golden opportunity to fill that void with something other than TikTok videos and aspirational policy statements — one they will surely take.

The NDP can be even more sure its Liberal opponents will raise the issue of strategic voting, one that has bedeviled the federal NDP for years. As the Angus Reid Institute’s data shows, five in six NDP voters would prefer the Liberals to win — something the Liberals will surely weaponize in the weeks to come.

But the battle between these two parties will be fought on the political landscape of millennial Canadians, and both should remember these aren’t the same people they were in 2015. Cost of living concerns, not climate change, are the top of their collective agenda now. In fact, according to Abacus Data’s research, it’s not really that close. Among “older millennials” — the ones who voted en masse for Trudeau’s Liberals in 2015 — 73 per cent said it was one of their top five issues. The next highest was climate change and environment at 44 per cent.

Jagmeet Singh and the NDP's standing among millennials should have Liberals worried, given young people now comprise one-third of the electorate, writes columnist @maxfawcett for @NatObserver. #Election2021

On the cost of living, the Liberals have a trump card the other parties can’t compete with: child care. According to David Macdonald, a senior economist with the Canadian Centre for Policy Alternatives, their $10-per-day plan could save parents as much as $10,000 per child by 2022, and nearly $20,000 by 2026.

Yes, the NDP supports this plan, but with the government having already signed deals with eight jurisdictions (and apparently on the doorstep of one with Ontario) it isn’t just theoretical. With the Conservatives promising to scrap the Liberal plan and replace it with a familiar bevy of tax credits, child care could be the perfect closing argument for those making a strategic voting pitch to NDP voters.

Time will tell whether they can resist that pitch and what might happen if they do. But one thing is already clear: while Erin O’Toole entered this race as the leader of the official Opposition, Jagmeet Singh is now Justin Trudeau’s most dangerous opponent.

Max Fawcett wrote: "[Trudeau] has had to deal with the reality of governing ever since. Those realities have included the failure to follow through on the promise of electoral reform, the SNC-Lavalin scandal, and the fallout from Jody Wilson-Raybould’s departure from cabinet and caucus."

Many of Trudeau's poor decisions and unpopular policies have nothing to do with "the reality of governing" — and everything to do with his bad choices and lack of integrity.
Top of the list: Trudeau's failed climate change policies — including the purchase of Trans Mtn pipeline. Support for oilsands expansion, LNG, carbon capture, and SMRs. Endless subsidies for the oil industry. Failure to combat rising emissions in the oilsands. Failure to put Canada on track to meet its emissions targets.
The "realities of governing" refer to the compromises governments must make to balance the interests of various blocs of voters and to stay on budget. Trudeau has no such excuse.

Agreed. It’s been abysmal. It’s also a federation, not a dictatorship. Yes Alberta I’m looking at you. If Quebec and not Alberta was sitting on oil would it be any different? Put that money, I mean oil, anywhere and do the people in control of it instantly become climate pariahs? Maybe for some of them, but for the rest it’s their job to lead the country out of this mess.

I don’t think electoral reform, SNC-Lavalin, or Judy Wilson-Raybould will factor much in this election—JT took the heat for those in the 2019 election. Rather, these are water way under the bridge now that Covid is the most urgent issue, and JT’s rivals will only look out of touch if they latch on to any of them: O’Toole will likely avoid trying to parry with Liberal reminders of CPC corruption now that both parties’ hallmark scandals are sepia-toned with age and easily equivocated. Wilson-Raybould’s rare incumbency as an Independent (after she got herself kicked out of the Liberal party) was newsworthy at the time, but her constituents never heard from her again, her riding office perennially closed while she quietly collected her MP’s salary before announcing her retirement. And electoral reform is, as Canadians across the country keep confirming, a dead-letter for the only two parties that want it.

More likely are campaign strategies that are easier for the main contenders: O’Toole can attack the Liberals’ Covid budgeting—even though private enterprises which he would normally try to appeal to rather approved of government subsidies during Covid restrictions; same way working citizens, which is why the leader of “The Workers’ Party” focuses on environmental issues more than workers’ issues because two of his rivals are weak on environmental policy (Liberals for being shifty and Cons for not having much of one at all), and one—the ostensibly environmental party—is weak on any kind of politics, not least the trickiest kind, environmentalism. Blanchet will perform his same old stuff in a province that can turn cold on even sovereigntists, and the Greens will caterwaul about the early election—if they can be heard above a similar din from the others—because they’re campaigning with a riven party held asunder by a poor leader.

What voters need to think of foremost is not ideology but, rather, Covid—the reason the Liberals called an early election so’s to get it done before Covid starts to get more difficult to handle. That’s not really what voters want to hear, naturally, but the question has to be put very gently: is O’Toole the leader who will handle even more tricky Covid issues than what we’ve already had? We might note how O’Toole is avoiding Jason Kenney who would only underscore that both CPC candidates and voters have showed a significant lack of enthusiasm for Covid protocols so far and would be, presumably, even less enthusiastic about disappointing citizens with renewed or strengthened restrictions.

Covid is easily spun into a worker issue—a health worker issue—for the NDP. That’s why Singh and JT will be making an usual number of campaign stops in Albetar where conservative animosity towards healthcare workers is starkest. (They won’t be doing the same in Ontario because, bucking the Reformer sentiment, the D’ohFo’s ProgCons wisely decided to support rather than attack their province’s healthcare workers so there’s not much contrast for the NDP and Liberals to purchase there.)

Let's hope. Why Canadians continue to play that old game of twiddlee-dumb and twiddlee-dumber is beyond me.....it doesn't get us anywhere.

Liberals promised us affordable daycare over 30 years ago.....when my kids were small. They now have kids of their own, and still no affordability.

And the Conservatives? Jason Kenney's pick for Conservative leader might play well in parts of Alberta....but in the rest of the country?

If we continue to vote our fears........or our shrinking pocketbooks, climate catastrophe will wipe the floor with our children....covid is already preparing to step up and help with that.

Time for some actual CHANGE folks.

.. then I pick up my guitar

.. then I pick up my guitar and play, just like yesterday ..

I may be over 75 but universal pharamacare and a wealth tax on the rich sure sound good to me.

not sure how attractive the

not sure how attractive the $10/day child care proposal by the Liberals really is... while out campaigning, I spoke to a daycare owner, and she described the hoops and walls that parents must jump through and over to receive any help at all, and it never reduces their costs to anything reasonable... same old same old..!!

It took a while (a couple of

It took a while (a couple of years on waiting lists if I recall) but once successfully enrolled, Quebec’s universal childcare was a game changer.

It's urgent to make choices

It's urgent to make choices that will save our planet - no just win votes. Yes winning votes is important but the conscience of humanity is even more important at a time when power for power's sake has stolen our leadership.

and yes it is about good governance, not gamesmanship.