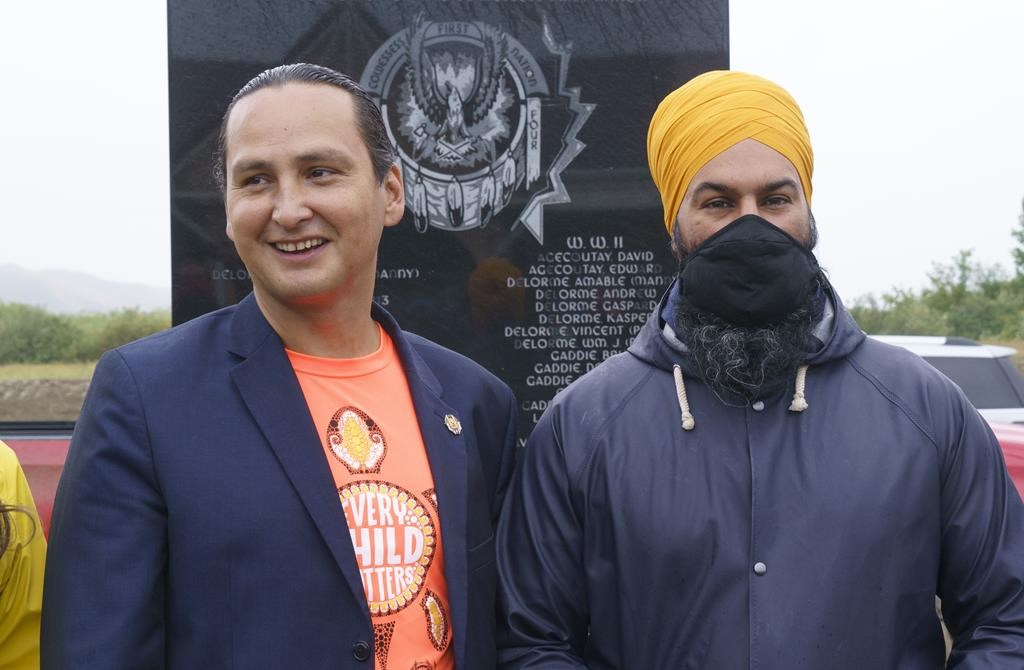 Conservative Leader Erin O'Toole is expected to make an announcement in Edmonton Saturday while his New Democrat counterpart Jagmeet Singh will be doing the same in Toronto.

Singh set the tone on Friday by making the campaign's first stop at a First Nation. Singh visited the Cowessess First Nation in Saskatchewan, where leaders recently announced preliminary findings of 751 unmarked graves at the site of a former residential school.

Singh's emotional response at the site forced the other two leaders to defend their own parties' record on Indigenous issues.

Both Trudeau and O'Toole had been making their own announcements -- Trudeau with a promise for 10 sick days for federally regulated employees and O'Toole with a plan to encourage employers to rehire workers idled by the pandemic.

Grand Chief Arlen Dumas of the Assembly of Manitoba Chiefs said it was a "good gesture," but more resources would be needed to address the problem.

Dumas said in an interview that he had a good, but brief, conversation with Trudeau about the First Nations-led response to COVID-19 in Manitoba and the continued work needed on water and housing issues on reserves.

The chiefs received an informal invite from the Liberals, but a spokesperson for the Assembly of Manitoba Chiefs said they did not receive one from the Conservatives. Dumas said he received a letter from O'Toole when he first became leader of the party, but there's been no further dialogue.

This report by The Canadian Press was first published Aug. 21, 2021.