Line 3 is cultural genocide at the hands of Enbridge, police and big banks 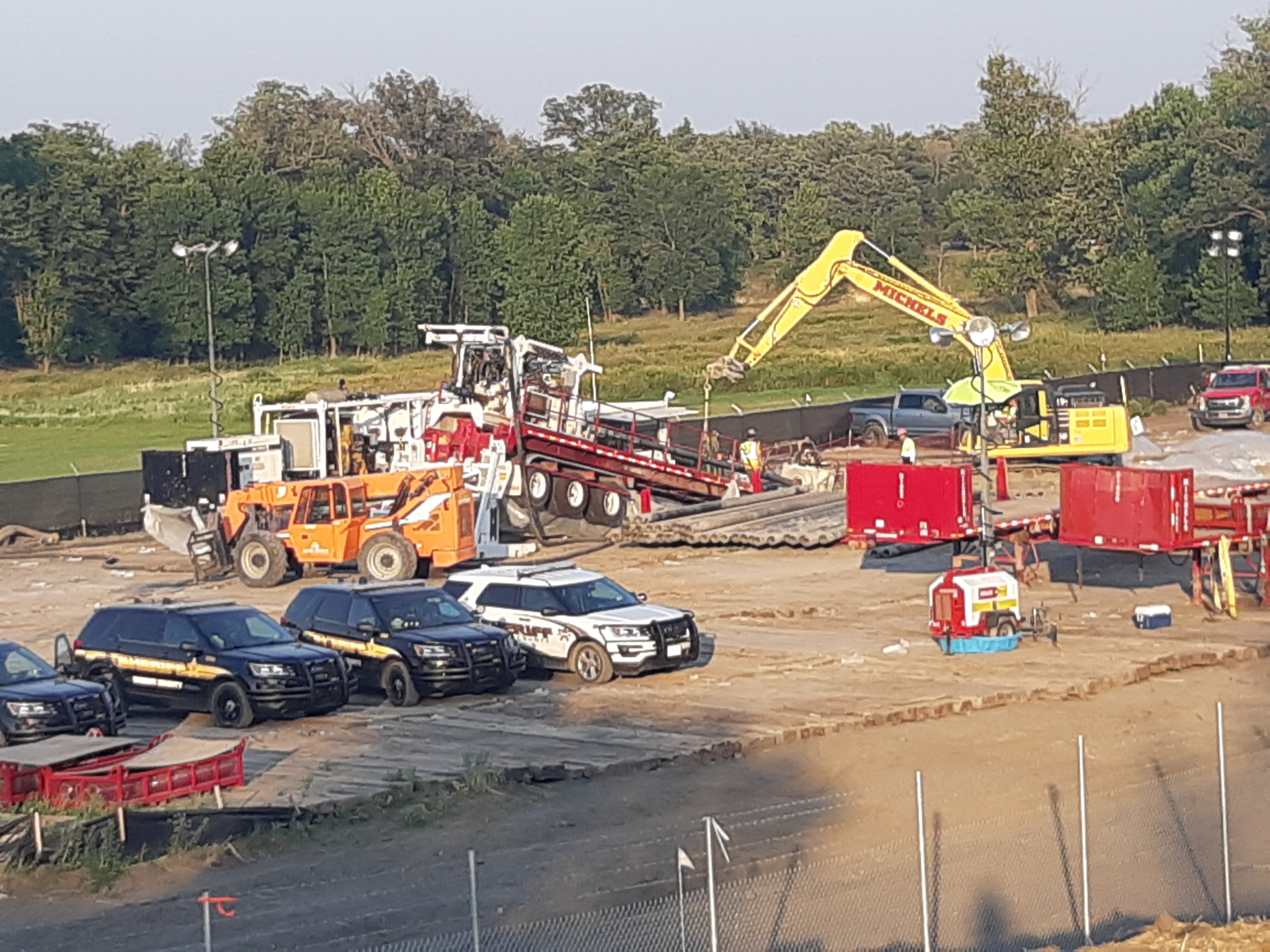 I recently returned home from Red Lake Treaty Camp at Thief River Falls in Minnesota, where I watched Enbridge complete its largest river crossing in the construction of the Line 3 pipeline. Despite being a Canadian-led project, Line 3 has received little media coverage on this side of the border. The project is nearing its finish: construction continues around the clock while the Minnesota Supreme Court dodges legal appeals and pressure mounts on Gov. Tim Walz and President Joe Biden to cancel the project.

The pipeline, soon to be operational, poses a serious threat to life on this continent. Enbridge calls it a replacement for the Line 3 pipeline that has been operational since the 1960s. However, the project now under construction will be twice as large as the original and take a different route, and Enbridge has no plans to remove the original pipeline from the ground, making “replacement” an empty word.

The project, once finished, will cross 200 bodies of water, including the headwaters of the Mississippi River, which runs into the Gulf of Mexico, and through two watersheds that run off into Lake Superior. The original Line 3 pipeline is responsible for the worst inland spill in U.S. history, and even before oil has begun to flow, the new pipeline has caused 28 drilling fluid spills into 12 river crossings. The pipeline violates treaty rights of Ojibwe nations of the area and cuts through treaty land without consent of tribal nations. Tara Houska, founder of Giniw Collective and a tribal attorney, calls the project “a perpetuation of cultural genocide.”

The replacement line construction has faced seven years of resistance from Ojibwe tribal nations in Minnesota, and since December, Indigenous and allied water protectors have carried out non-violent, on-the-ground resistance. As of this month, Minnesota police have arrested over 600 water protectors and issued 80 felony charges. The escalated, violent responses to peaceful demonstration are carried out by the Northern Lights Task Force, a group of 17 county sheriff departments assembled to surveil and police the Anishinaabe-led non-violent demonstrations against Line 3.

Once you’ve travelled north of St. Cloud, Minn., you would be hard-pressed to travel more than a few miles without passing a state trooper or a sheriff's deputy. The farther north you go, the more challenging it becomes to get where you’re going without being pulled over or trailed by officers patrolling the area. Up in Thief River Falls (population 9,000), sheriff's deputies police the ceremonial Red Lake Treaty Camp, which is right beside an Enbridge Line 3 horizontal directional drilling site. Officers bring rubber bullets, chemical weapons, and bright yellow twist-ties displayed proudly on their chests. Around the drill site, paddy wagons are parked on back roads, ready and waiting.

In May 2020, Enbridge set up an escrow account to reimburse county police departments for the costs of anti-pipeline demonstration policing. As of August 2021, Enbridge has paid $2 million to Minnesota police, and local sheriff departments have begun to use “less than lethal” force — including rubber bullets and mace — on non-violent protests. In effect, Minnesota police act as private security for a Canadian multinational company, with financial incentive to wield the law against non-violent demonstrators.

But the money trail doesn’t end there. Perhaps unexpectedly, Canadian banks are implicated in this conflict. TD, RBC, Scotiabank, BMO and CIBC are Enbridge's top five global financiers, and are all continuous lenders to the Line 3 project. This past winter, these banks issued a three-year, $1-billion “sustainability-linked” credit to Enbridge to continue its tarsands operations. The banks fund Enbridge, Enbridge funds police surveillance and the cycles of genocide and extraction in the name of return on investment continue.

I spent only a few days at Red Lake Treaty Camp earlier this month against the backdrop of a sky filled with smoke and a dangerous air quality level linked to raging wildfires just a few hours north. I breathed in clouds of dust kicked up by farmers attempting to continue business as usual in a worsening drought.

I watched Enbridge pull water truck after water truck from an unknown water source into the drill site, despite having had its water permits revoked, while Minnesota police guarded their entrance and exit. The Red Lake River that activists tent beside is sinking from the heat and drilling pressure, and the mussels and vegetation that call it home are dying off.

Confronting climate injustice means confronting the money pipeline that incentivizes and ushers it forward. Removed from the front lines, debt-financing institutions are making decisions that feed the over-policing of Indigenous persons and put lives and futures at risk. If this pipeline is completed, it will have the equivalent output of 50 new coal-fired power plants.

The original #Line3 pipeline is responsible for the worst inland spill in U.S. history, and even before oil has begun to flow, the new pipeline has caused 28 drilling fluid spills into 12 river crossings, writes Evelyn Austin of @DivestCanada.

It will mean more, worsened wildfires next year, higher global temperatures, expanding droughts and more land and lives lost. Our banks will turn a profit, communities will be devastated, and the colonial precedent for over-policing of Indigenous peoples will grow stronger.

In my short time at the camp, I watched people make incredible personal sacrifices for this fight. The water protectors risking and experiencing arrests, many in their late teens and 20s, are not criminals — they’re not rebels without a cause.

They’re scared and fighting for their rights and their future: for clean water, and for the lives of their ancestors. It’s 2021, and we’re holding everyone accountable: from the banks financing tarsands expansion projects, to the insurers underwriting them, we’ll continue to hold pressure for change.