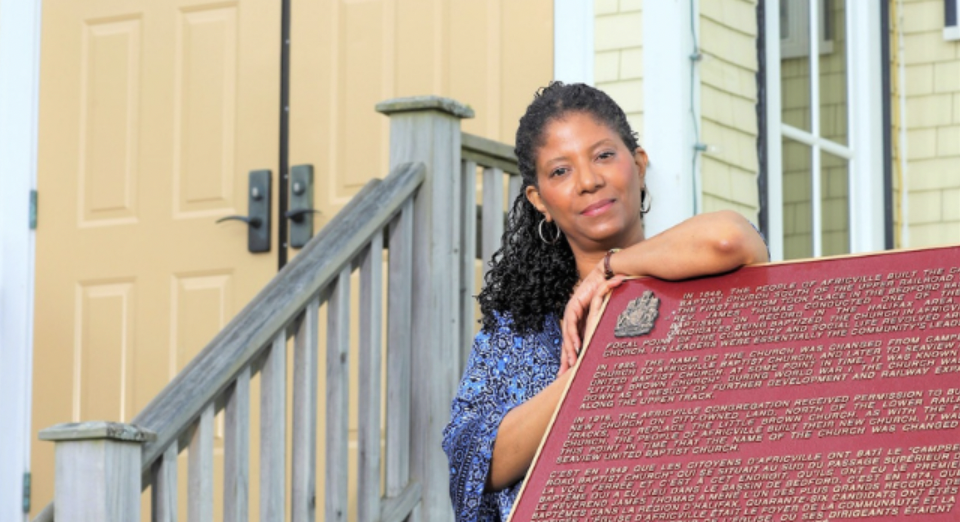 Ingrid Waldron stands in front of the Africville Museum in Nova Scotia. She has been a driving force behind a private member’s bill aimed at addressing environmental racism and is the author of There's Something in the Water. Photo by Nick Pearce
Previous story
Next story

More than 20 environmental organizations are calling on the government to reintroduce and prioritize a bill that would address environmental racism in Canada when Parliament reconvenes on Nov. 22.

Bill C-230 would require the federal government to collect data on links between environmental hazards, race, socioeconomic status, and health, and compel the environment and climate change minister to develop a national strategy to address the harms caused by environmental racism.

Originally introduced by former Liberal MP Lenore Zann, the bill had made its way to the final stage of debate in the House and gained the support of all parties except the Conservatives.

But before it could proceed to a third reading in the fall, an election was called and Bill C-230 died on the order paper.

On Oct. 19, the Canadian Coalition for Environmental and Climate Justice and partner organizations wrote to Prime Minister Justin Trudeau asking the government to reintroduce the bill as reported by committee and seek the agreement of other parties to proceed to third reading before the end of the year.

“What we're pointing to here is that, essentially, the election call interrupted the passage of this bill through the House, and we're asking the prime minister to not let that cause a delay,” said Lisa Gue, manager of national policy for the David Suzuki Foundation, who helped draft the letter.

The Liberal Party’s 2021 platform said it would “table legislation to require the minister of environment and climate change to examine the link between race, socioeconomic status, and exposure to environmental risk, and develop a strategy to address environmental justice.”

Gue says because of that commitment, the Liberal government’s voting record in support of Bill C-230, and the fact the bill has already been studied and amended with support from four out of five parties, the letter is “asking the prime minister to make good on his election promise and reintroduce the bill in the new session of Parliament and expedite it so that it can pass.”

Gue says the hope is that the environment minister will adopt the bill and reintroduce it as official government legislation which, unlike private member's bills, can be prioritized.

“The government should be able to get the support of the majority for expediting Bill C-230 given that four out of five parties are on record supporting it,” said Gue.

A bill to address environmental racism is needed to hold the government accountable, says @ingrid_waldron, co-director of the Canadian Coalition for Environmental and Climate Justice who has been a driving force behind the legislation. #cdnpoli

In a statement, ministry spokesperson Joanna Sivasankaran said, “Our government will introduce legislation, in line with Bill C-230, to require the (environment minister) to examine the link between socioeconomic status, and exposure to environmental risk, and develop a strategy to address environmental justice.”

She notes that “this commitment was made during the election campaign, along with a commitment to identify and prioritize the cleanup of contaminated sites in areas where Indigenous, racialized, and low-income Canadians live.”

It was 2015 when Zann first began working on provincial legislation in Nova Scotia to address environmental racism with Ingrid Waldron, a professor and HOPE chair in peace and health in the faculty of humanities at McMaster University. Six years later, Waldron says the passage of Bill C-230 is long overdue.

Getting federal legislation like this in place is urgent because it “holds (the) government's feet to the fire,” it “makes them accountable,” and “it creates transparency,” said Waldron, co-director of the Canadian Coalition for Environmental and Climate Justice, and one of the driving forces behind Bill C-230.

“When you think of communities that are suffering from various forms of cancer and respiratory illness, reproductive illnesses, this is urgent. It's people's lives we're talking about,” she said.

Waldron says mandating the collection of disaggregated data based on race, socioeconomic status and toxic burdens is one of the most important parts of the bill, because Canada currently doesn’t collect statistical data based on race.

When presenting on environmental racism, Waldron says people frequently ask her what they can do to make a difference, and she tells them to contact their MPs, talk to them about the bill, ask them to support it, and email Trudeau.

“You have to show that you care, because then (the) government will say, ‘If you don't care, we don't care,’” said Waldron.

Brennan Strandberg-Salmon has the tools for aspiring climate champions