By John Woodside | News | November 12th 2021
#93 of 99 articles from the Special Report: COP26: Uniting the World to Tackle Climate Change 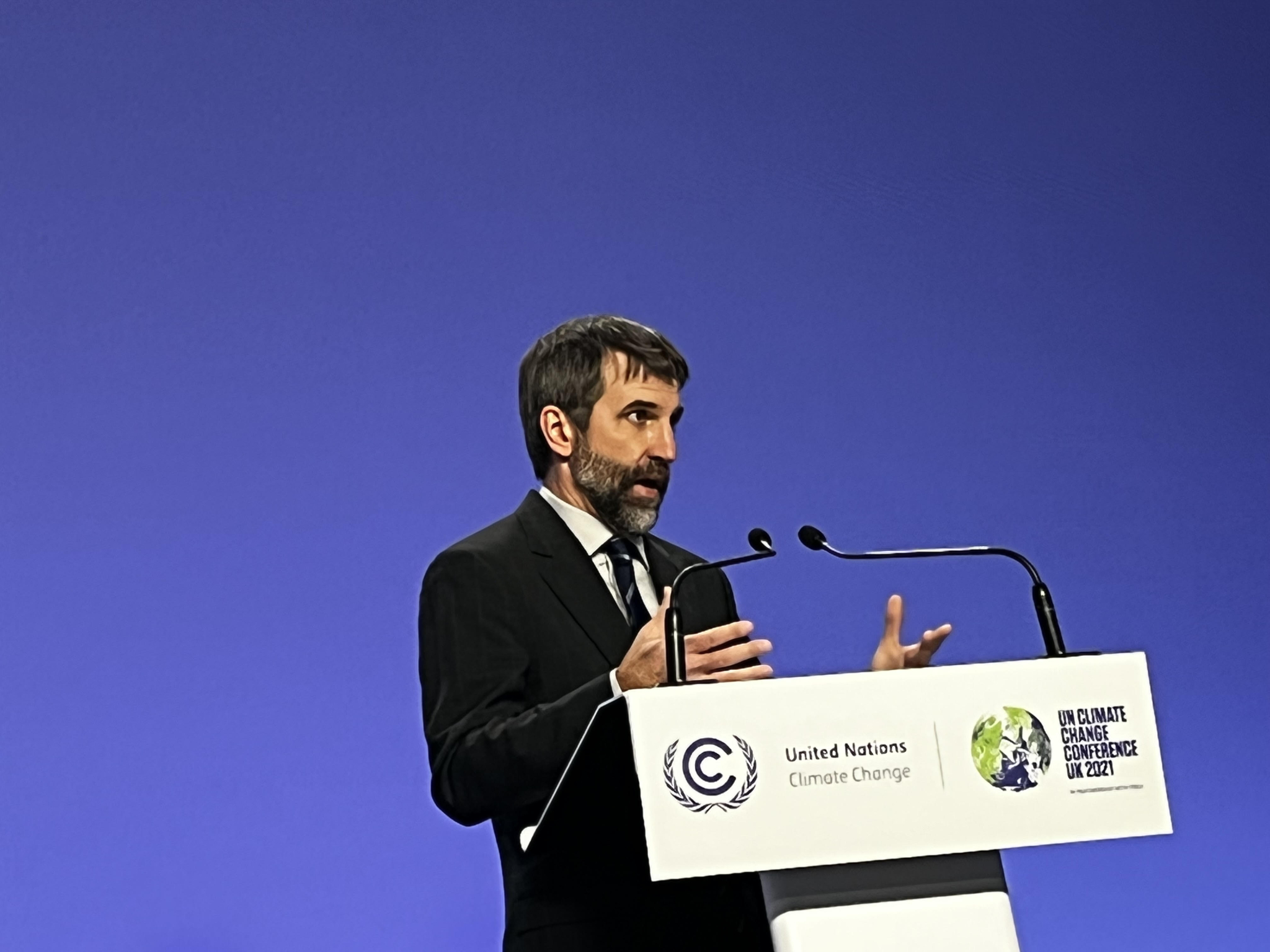 Negotiations at COP26 are down to the wire, however Environment and Climate Change Minister Steven Guilbeault says an agreement on loss and damage funding for developing nations hurt by global warming is in sight.

“I think we are close to a landing zone on (loss and damage financing),” Guilbeault told reporters at a press conference late Friday afternoon, before heading to an evening session of negotiations.

“I’m not sure the text we saw today reflects where those conversations are, so I think we're closer to that than we might think,” he added, referring to the latest draft texts that offer a glimpse into what countries may agree to before leaving the two-week UN climate summit in Glasgow, Scotland.

Financing for loss and damages caused by climate change is a critical issue for developing countries, who were first promised $100 billion annually by 2020 from rich countries to invest in mitigation and adaptation projects. The latest figures from the Organization for Economic Co-operation and Development (OECD) suggest the $100 billion target won’t be reached until 2023 at the earliest.

No amount of funding to reduce greenhouse gas emissions and adapt to a changing climate can restore damages caused by floods, wildfires, droughts, increasingly powerful storms and more caused by climate breakdown. Pacific island states in particular, which are at risk of losing their homes due to sea level rise, are calling for rich countries to pay up for loss and damages given their outsized role causing the climate crisis.

If COP26 negotiations close without an agreement or signal for increased climate finance, including specific measures for loss and damage financing, some climate advocates believe the Paris Agreement itself is a risk of being undermined, given that the $100 billion commitment was a key component in gaining support from developing countries.

Guilbeault used the news conference as an opportunity to emphasize areas where Canada has made progress.

“Inside those negotiation rooms, behind closed doors in bilateral meetings, I heard a genuine appreciation for the constructive role Canada is playing in the climate fight,” he said.

“I think it's important for Canadians to hear it, and take some quiet pride in the fact that over the past few years we've accomplished a lot … to put Canada on a path to achieve the kinds of emission reductions we've been promising since the '90s, and too often have failed to deliver.”

COP26 negotiations are down to the wire, and climate advocates are warning that the Paris Agreement is at risk of being undermined by a bad deal. #COP26 #cdnpoli #COP26xCNO

Canada announced earlier this year it would double its international climate financing from $2.65 billion to $5.3 billion over the next five years. It also said it would increase the amount of money delivered in grants from 30 per cent to 40 per cent, and Guilbeault said Canada was striving for a better balance between mitigation and adaptation financing. But Canada is not committing to any specific amount for a loss and damage fund, unlike Scotland which announced Thursday it would put £2 million on the table for loss and damages.

“It is clear that fair climate finance is the key to making real progress at COP26,” Scotland’s First Minister Nicola Sturgeon said in a statement.

“All of my conversations with delegates from the global south over these two weeks – and the obvious need to increase the overall ambition of the draft cover text published yesterday – have convinced me that rich countries must do more on finance in the final hours of COP if we are to secure the best possible outcome. That is not charity, it is our obligation.”

“As we look forward to the end of the COP, we need Minister Guilbeault to champion the additional efforts that are needed to really signal to the world that we're going to leave this place with a clear message that limiting global warming to 1.5 is the way to protect ourselves from future harm,” he said.

Lives 'depend' on these decisions

At a separate press conference, representatives from leading environmental organizations urged countries to close COP26 with a strong statement that recognizes the importance of loss and damage financing, and outlines steps to keep the Paris Agreement goal of no more than 1.5 C warming in reach.

“The lives of everyone across the world depend on the decisions taken in these next few hours,” said executive director of Oxfam International Gabriela Bucher.

“We need a deal that really significantly increases financial support to countries on the front lines of the climate crisis, and not through loan mechanisms that further cripple countries that are already heavily indebted and trying to respond to the pandemic,” she said.

“This new proposal would give polluters the right to scam by allowing indefinite double counting of an emission reduction that’s only happened once … or may not have happened at all,” she said.

Morgan is referring to Article 6 of the Paris Agreement, a complex set of rules being hotly debated in Glasgow that would pave the way for countries to trade emission reduction credits with one another with the aim of reducing global greenhouse gas emissions. To supporters, it’s a way to cooperatively work together for the health of a shared atmosphere. To critics, it’s a shell game, where emission reductions may not be genuinely realized by countries who could choose to pursue on paper emission reductions by buying offset credits.

“This invitation to greenwash through the carbon offsetting is making a farce of the Paris Agreement,” Morgan said.

“If it goes ahead, well these governments are giving big polluters … a free pass to pollute under the guise of (being) carbon neutral, without having to actually reduce their emissions.”

Guilbeault didn’t close the door to the possibility of Canada using Article 6 credits to meet its greenhouse gas reduction targets, but said he wasn’t planning to.

"Our plan currently provides for meeting 100 per cent of our emission reductions at home... Might we use it in the future? Perhaps, but it's not in our plans right now,” he said.

It “means nothing if they are also giving dirty corporations and high polluting nations ways to ‘offset’ their emissions by buying and trading the air and our lands and territories,” she said.

“Governments must take the appropriate steps to correct course and adequately address this crisis by upholding our rights so that we can do what we have always done — protect the land for our children and for all life on this planet.”