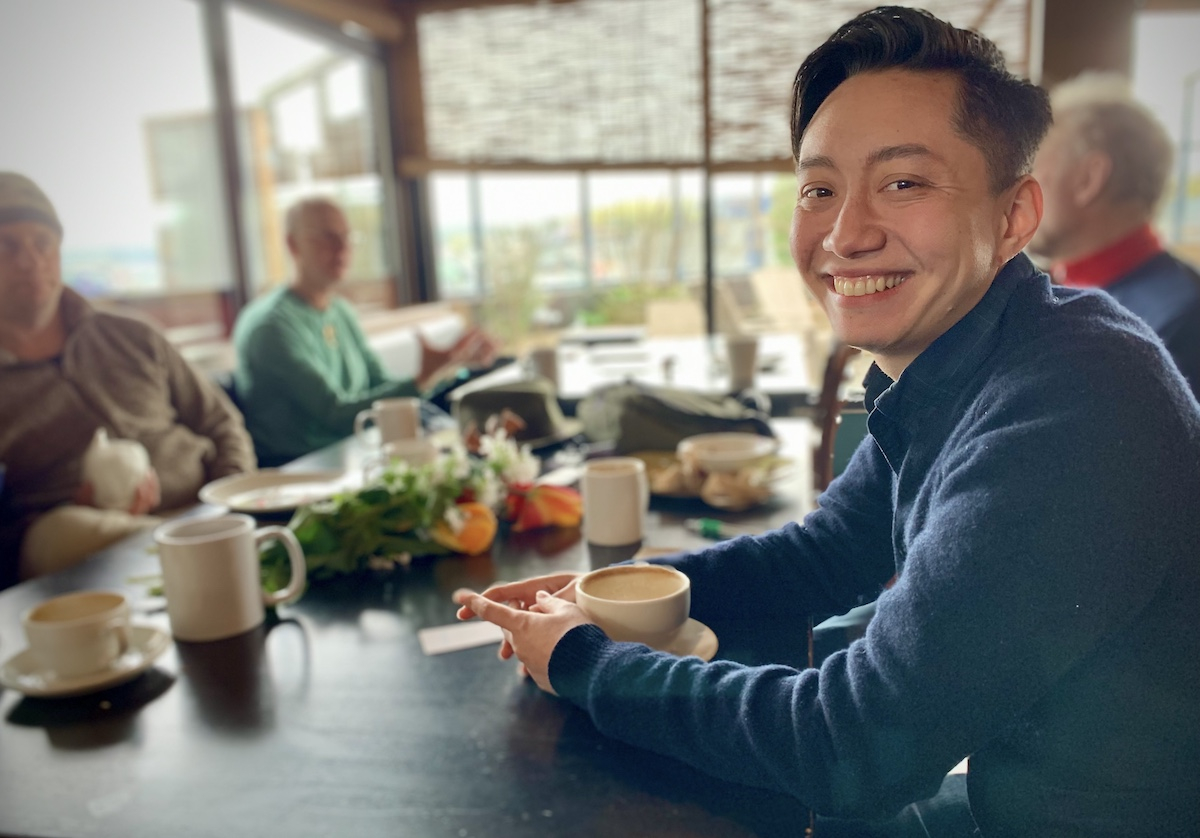 Interim federal Green Party leader Amita Kuttner is looking to heal wounds and revive relationships with grassroots members after public infighting at the leadership level led to dismal outcomes during the last election.

Wrapping up visits to Vancouver Island communities this week, Kuttner’s national Reconnection Tour is aimed at reestablishing the party’s democratic principles and taking direction from the membership, they said.

Leading a sit-down at a Campbell River coffee shop with a dozen or so supporters on Tuesday, Kuttner presented the previous year’s challenges as growing pains and a poorly contained dispute between a small number of actors that don’t reflect deep rifts in the party base.

“The majority of people in the party had nothing to do with what ended up in the media,” they said.

“The division is not deep at all, but the majority of the party definitely got hurt by it, have been disillusioned, and saw their work damaged.”

The party wants to hear from members about crafting working systems to support the core value of participatory democracy, among other fundamental principles, Kuttner said, adding Green leaders, as opposed to other political parties, are expected to follow policy and direction from the base rather than the other way round.

“We have to make sure we hear the concerns, so we can help people heal and get input about what they want the party to do.”

The Greens' current woes stem from a bitter power struggle between former leader Annamie Paul and members of the federal council — the Greens' executive body — in advance of the snap federal election last September.

The public tussle resulted in an exodus of disillusioned voters, more than halving overall support for the Green Party, which got 2.3 per cent of the popular vote in the last election versus 6.5 per cent in 2019.

Vancouver Island Green support — a bastion of strength for the party represented by incumbents Elizabeth May and Paul Manly in the last election — also took a big hit.

“The groundswell is there. The party is not gone and, in fact, is very strong,” says interim federal Green Party leader Amita Kuttner. “The members are amazing. Hurt, annoyed, yes, but amazing.”

May, a former party leader generally considered unassailable in her riding, took a blow but still outstripped her competitors to hang on to her Saanich-Gulf Islands riding with 37.6 per cent of the vote down from 49.1 per cent in 2019.

But in the Nanaimo-Ladysmith riding, Manly came third in a tight three-way race with the NDP and Conservatives in 2021 with 25.7 per cent of the vote down from 34.6 per cent in the previous election, which he handily won.

Despite the dashed election hopes and acknowledgment of the difficulties, Kuttner is optimistic about the party’s future based on the response on the ground during the tour, which also included stops in Courtenay, Nanaimo, Powell River and Duncan.

“The groundswell is there. The party is not gone and, in fact, is very strong,” Kuttner said. “The members are amazing. Hurt, annoyed, yes, but amazing.”

The party’s financial woes aren’t intractable either, they said, saying donations to the party didn’t disappear entirely but were redirected to electoral district associations (EDAs).

“The immediate instinct was not to flee, but to focus locally,” Kuttner said.

And developing a functional “ecosystem” that facilitates transparent two-way communication between local EDAs and executive and leadership is a primary goal, particularly with the pending leadership contest, they said.

The party’s trials and people’s concerns, aggravated by the pandemic and the overarching climate emergency, are opportunities for transformation, Kuttner said, and Green values and solutions remain the best vehicle for positive outcomes.

“Greens, I think, are the answer for everything that we struggle with,” Kuttner said, the youngest, first trans person and first person of East Asian descent to lead a federal party in Canada.

Meeting basic needs such as housing, water and food security, dealing with concerns around resource extraction and the environment and ensuring any solutions are crafted in context with the climate crisis are some top concerns for members, they said.

And doing so without falling prey to the general narrative that some will be winners and others losers in the process.

“What I’ve found over and over again is that we have a shared vision,” Kuttner said.

“One that is beautiful and worth sharing and … needs to be carried forward by the next leader, the party itself, and in strength at the grassroots.”