As leaders tumble, what lies ahead for conservatism in Canada? 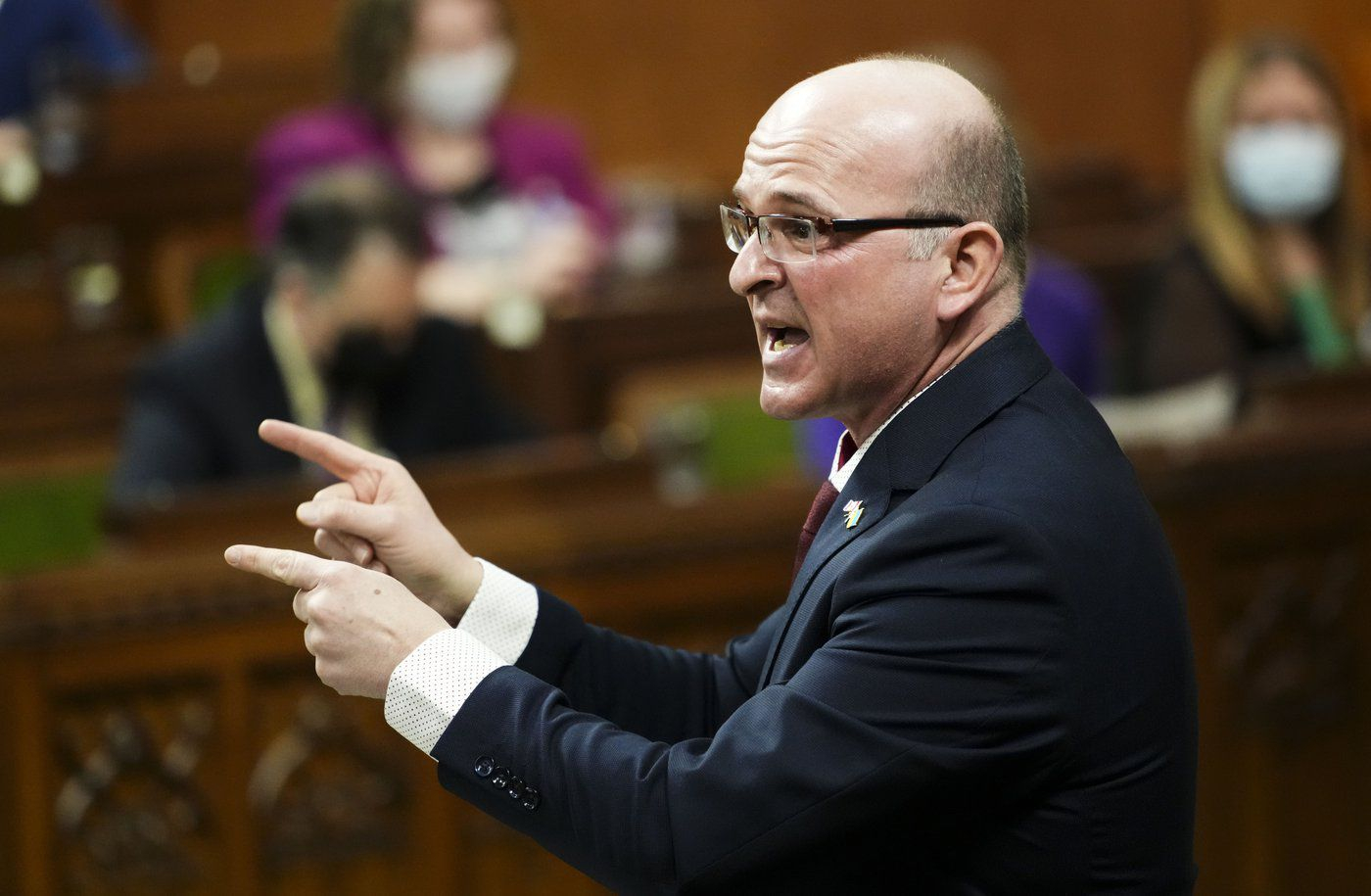 Minister of Tourism and Associate Minister of Finance Randy Boissonnault stands during question period in the House of Commons, on Parliament Hill in Ottawa, on Friday, April 1, 2022. File photo by The Canadian Press/Sean Kilpatrick
Previous story
Next story

The fall of Jason Kenney, a juggernaut of conservatism in Canada, has prompted many federal Tories to consider the future of the party, which is in the midst of being decided in a leadership race seen as a fractious fight for its soul.

Conservative MPs on Thursday reacted to Kenney’s resignation as Alberta premier with a mix of sadness, surprise and gratitude for his years of public service. The party stalwart, known for his organizational chops and outreach to new immigrants, served in the cabinet of former Conservative prime minister Stephen Harper.

Harper applauded Kenney in a tweet Thursday for having dedicated 30 years of his life to conservative politics in Alberta, nationally and the movement overall.

Jason Kenney has tirelessly dedicated the last three decades of his life to the people of Alberta, Canada, and the broader conservative movement. As Premier, history will record that he left Alberta in much better shape than he found it. Thank you for your service, @jkenney.

Kenney announced his resignation as premier and United Conservative Party leader late Wednesday after narrowly winning a leadership review with just over 51 per cent of the vote. That verdict followed months of open rebellion by MLAs who, among other things, fiercely opposed Kenney's imposition of lockdowns and COVID-19 vaccine passports.

"This is a time, I think, of quiet reflection for conservatives in Alberta and in the conservative movement," said Calgary MP Stephanie Kusie, who is assisting with Pierre Poilievre's leadership campaign in the federal race.

"This is also a time not to panic, not to get excited, not to fight each other, but to stay focused on the principles and values which have allowed us to win before."

But that may be too late. Kenney is the latest conservative leader in the country to have found himself on the outs with his party's base for reasons that include their handling of the pandemic.

The last example before him was former federal Conservative leader Erin O'Toole, who was forced out in early February by a majority of his MPs. That breakup followed his struggle to satisfy supporters with a firm enough stance against vaccine mandates, as well as caucus disputes over his reversal on carbon pricing and gun control policies in an attempt to moderate the party's image.

Tourism Minister Randy Boissonnault, a Liberal MP from Edmonton, said Thursday he sees a trend of conservative leaders being pushed out of their parties for not being "extreme enough," saying that should be a wake-up call to the movement's moderates.

First @erinotoole, now @jkenney: What some are saying it means for state of conservatism. #CDNPoli #ConservativeLeadership

Before their respective falls, Kenney and O'Toole both painted themselves as trying to build modern, mainstream conservative parties that some darker, more extreme elements from within were trying to take in a different direction.

Veteran Conservative strategist Melanie Paradis sees that as being a direction fuelled by anger.

"Close observers have seen the movement going in this direction for awhile."

O'Toole and Kenney critics both faulted the pair for failing to manage their caucuses and leading with a my-way-or-the-highway approach.

Longtime Ontario MP Michael Chong, who served alongside Kenney in Harper's cabinet, said he believes conservative parties, both federal and provincial ones, are right now a reflection of the level of frustration Canadians feel after two years of pandemic living.

How much the Conservative party, namely those running to be its next leader, should lean into that frustration is up for debate.

Poilievre, the longtime MP from Ottawa, has been accused by rival candidates of running a campaign of divisiveness and embracing support from the right-wing, anti-mandate and anti-government populism that was on display during the convoy protests seen across the country earlier this year.

The leadership contest has been contentious and at times involved candidates lobbing personal attacks at one another. The dynamics of the race recently spilled over into the caucus room.

Ed Fast, a longtime MP who is helping chair Jean Charest's leadership campaign, stepped down from his role as the Conservative finance critic late Wednesday.

Earlier that day, he had criticized Poilievre for proposing to fire the Bank of Canada governor over the country's high inflation rate.

"Mr. Poilievre's statements on monetary policy needed to be addressed. And I have absolutely no regrets for doing that," Fast said on Thursday.

Fast had told reporters he believed Poilievre's pledge hurt the party's credibility on economic issues and counted as interfering with the central bank's independence.

Some within caucus felt Fast had crossed a line by invoking his finance critic title in his remarks. Fast said he was made to feel like he needed to stay silent on Poilievre's attacks against the central bank and promotion of the cryptocurrency Bitcoin as a solution to inflation.

"You cannot be finance critic and then have an expectation from a leadership candidate that you should not speak out on issues he is speaking out on and that you vehemently disagree with," Fast said, though he declined to provide more details about what happened behind closed doors.

At the end of the day, Fast said, he and interim Conservative leader Candice Bergen felt his position as finance critic had become "untenable," adding that the issue had been brewing for some time.

For Calgary MP Greg McLean, who has yet to endorse anyone in the leadership contest, the "nastiness" of the tone of the race "just doesn't work."

He said what happens on the campaign trail should stay there and not be allowed to interfere in the work MPs are doing in the House of Commons to hold the Liberal government to account.

"I think Mr. Fast served his office honourably and I think that his stepping down — it doesn't make me happy."

"Longtime Ontario MP Michael Chong, who served alongside Kenney in Harper's cabinet, said he believes conservative parties, both federal and provincial ones, are right now a reflection of the level of frustration Canadians feel after two years of pandemic living."

Interesting that this level of frustration appears to affect the conservatives by invoking hatred and xenophobia while the left appears not to reflect the same.

The antics and morally

The antics and morally bankrupt strategies speak volumes for today’s conservative parties. How anyone can support this bile is beyond my comprehension.

Conservative leaders always have the same problem. They owe everything to the worst Canadians whose only aspiration is to never vote for anybody better than themselves. A political party can cope with a certain amount of malignancy, but not if it gets to be a core value.