Pakistan floods should be a wake-up call 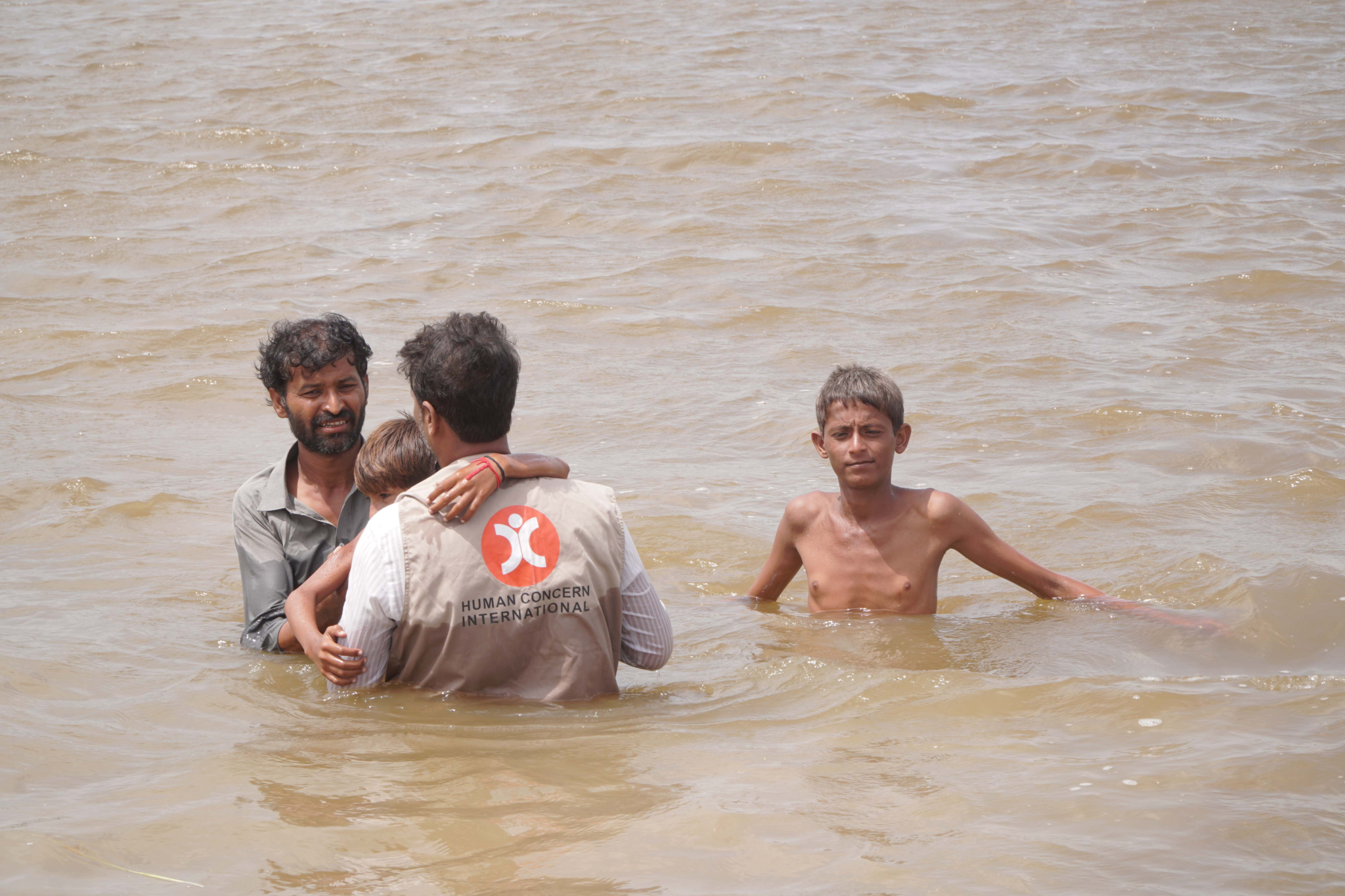 It has been an excruciating few weeks as I watch my home country Pakistan face a climate catastrophe. Watching from 12,000 kilometres away as my people experience a food and health crisis and be displaced from their homes has been gut-wrenching, and it's time we seize this moment to reframe what we call the climate emergency.

What is unfolding in Pakistan and the Global South is a global death project administered by the rich against the poor. The climate crisis is accurately described as a global death project because there is a poisonous gas (CO2) being put into the planet’s atmosphere. This gas will make life on Earth go extinct and will make some people rich. I will call this class of people crooks.

Crooks don’t exist in isolation. They require an alliance with the cowardly, and that’s where the rest of us are complicit. Government officials with stubborn masochism (Minister Katrine Conroy insisting the B.C. government is responsible for protecting old-growth forests, despite two per cent of the remaining old-growth being actively logged).

Journalists who work for major publications who seem to forget they are journalists in moments it could actually help (The New York Times refuses to ban fossil fuel advertisers despite claiming to be a major reporter on the climate emergency).

Scientists who pride themselves on simply telling the truth instead of acting in truth (they should follow the lead of NASA climate scientist Peter Kalmus by moving beyond their labs and universities and getting out into the streets), which involves looking at the social science and joining the movement on the streets.

And ordinary people who are supposed to be challenging government inaction with all their might, but are too comfortable, for now. (Attendance at the yearly climate strikes in Vancouver has gone down from 100,000 three years ago to just a few hundred. Why is that?)

The term “coward” is understandably considered toxic, but there are times when words like “cowardice” and “bravery” become necessary in making sense of the world.

Cowards may claim to be quite, outraged by the negligence of governments in dealing with the emergency hammering Pakistan. They even tear up if you catch them in a reflective state. They recycle, have better words than I when talking about the ills of society, and yet, their mastery of the woke aspects of the English language is equal in magnitude to their infancy and inaptitude in acting with courage, duty, and a sense of responsibility to future generations.

The millions displaced in Pakistan, a country responsible for one per cent of the world’s carbon emissions, are a symptom of this marriage between what I’m calling cowards and crooks. Witnessing this is causing nature to puke out all the undigested filth that culminated in elite society for the past 30 years, and the waste is being dumped in the poorest places in the form of recent climate disasters that are biblical in proportion.

Millions of peasants in Pakistan will seek refuge in cities because there is no fresh water for farming. When they get to the city, fights will break out over bags of rations among the displaced. Poverty will explode. Agricultural production will collapse. Anger and tension will be unprecedented in the country’s history.

Consequently, religious fascists like the Taliban could be in a good position to seize state power by exploiting people’s lack of faith in the government’s ability to deal with recent crises, which would have ghastly consequences for religious minorities and women.

Soon, Pakistan, or another country in the Global South, will reach wet-bulb temperatures unsustainable for human life. Overnight, millions of people will die, not just be displaced. As temperatures keep increasing, famines will cause millions to starve. Hundreds of millions of refugees will climb over each other to seek refuge in places like Canada. From then onwards, the trajectory toward the possibility of authoritarianism is easy to see for anyone who understands the language of history. I can feel authoritarianism’s boot on my neck at this very moment while I have been witnessing the government crackdown on activists.

The flooding in Pakistan should be a wake-up call for countries like the U.S and Canada that claim to be concerned about the climate emergency, writes Zain Haq @zainMZH1. #climate #CivilResistance #A22Network #JustStopOil #EnoughIsEnough #Pakistan

I have received pushback from climate activists in the NGO space for moving too fast.

How would you behave if 20 million Canadians were displaced as a result of this emergency?

The most difficult aspect for me has been the fact that I only learned about the severity of the flooding in Pakistan from a prison cell in Port Coquitlam, where I was locked up for participating in a peaceful march with the hereditary leadership of the Wet’suwet’en First Nation. I was arrested on Sept. 1 for disrupting traffic and was detained at the North Fraser Pretrial Centre for eight days until my bail hearing. While in jail, I learned that 90 per cent of the crops were lost and that Pakistan would face massive food shortages. I was forced to connect the dots between the suppression of climate activists in Canada and the dire consequences of climate change in the Global South.

The flooding in Canada and Pakistan shows what’s at stake. Battling to save the planet carries consequences.

The BC Prosecution Service and the police are doubling down and pushing for the suppression, imprisonment and intimidation of those who reveal the government’s hypocrisy. This open letter by lawyers from the Law Union of BC indicates this aggressive escalation is coming down from the attorney general’s office.

Like every year, we now await the 27th Conference of the Parties (COP) in Egypt. Yes, there have been 26 of these already. Given that carbon emissions have increased 90 per cent over the past 30 years, that shows me that COP is where world leaders gather to talk about climate change and decide to not do anything about the crisis. Will this year’s COP be different? Needless to say, any meaningful result that could come out of this conference should involve the recognition that Pakistan and other countries affected by unprecedented flooding need serious financial assistance.

However, in an ultimate sense, a more meaningful result from COP27 would involve the recognition that things will keep getting worse and any long-term solution to the crisis would involve a radical and rapid restructuring of the global economy in the next few years. This is communicated in the most eye-opening terms by David King, the former chief scientific adviser to the U.K. government: “What we do in the next three to four years, I believe, will determine the future of humanity”. He said this over a year ago.

The flooding in Pakistan should be a wake-up call for countries like the United States and Canada that claim to be concerned about the climate emergency. An event at the scale of the one in Pakistan can quite easily occur in North America, significantly greater than last year's flooding in B.C. Interior. When that happens, we are looking at entire major cities like Vancouver having to evacuate within days. If this does not make these countries get their act together, then they are revealing themselves to be directly responsible for whatever is to come.

Zain Haq is a 21-year-old Vancouver-based climate activist. He has been involved in activism for three years and helped with the campaign to push Simon Fraser University to divest from fossil fuels on Nov. 1, 2021, or face a hunger strike. The campaign worked. Haq has also been arrested on 13 occasions for climate-related civil disobedience. Facing deportation by the Canada Border Services Agency, he uses his writing to warn people about the direness of the climate emergency.