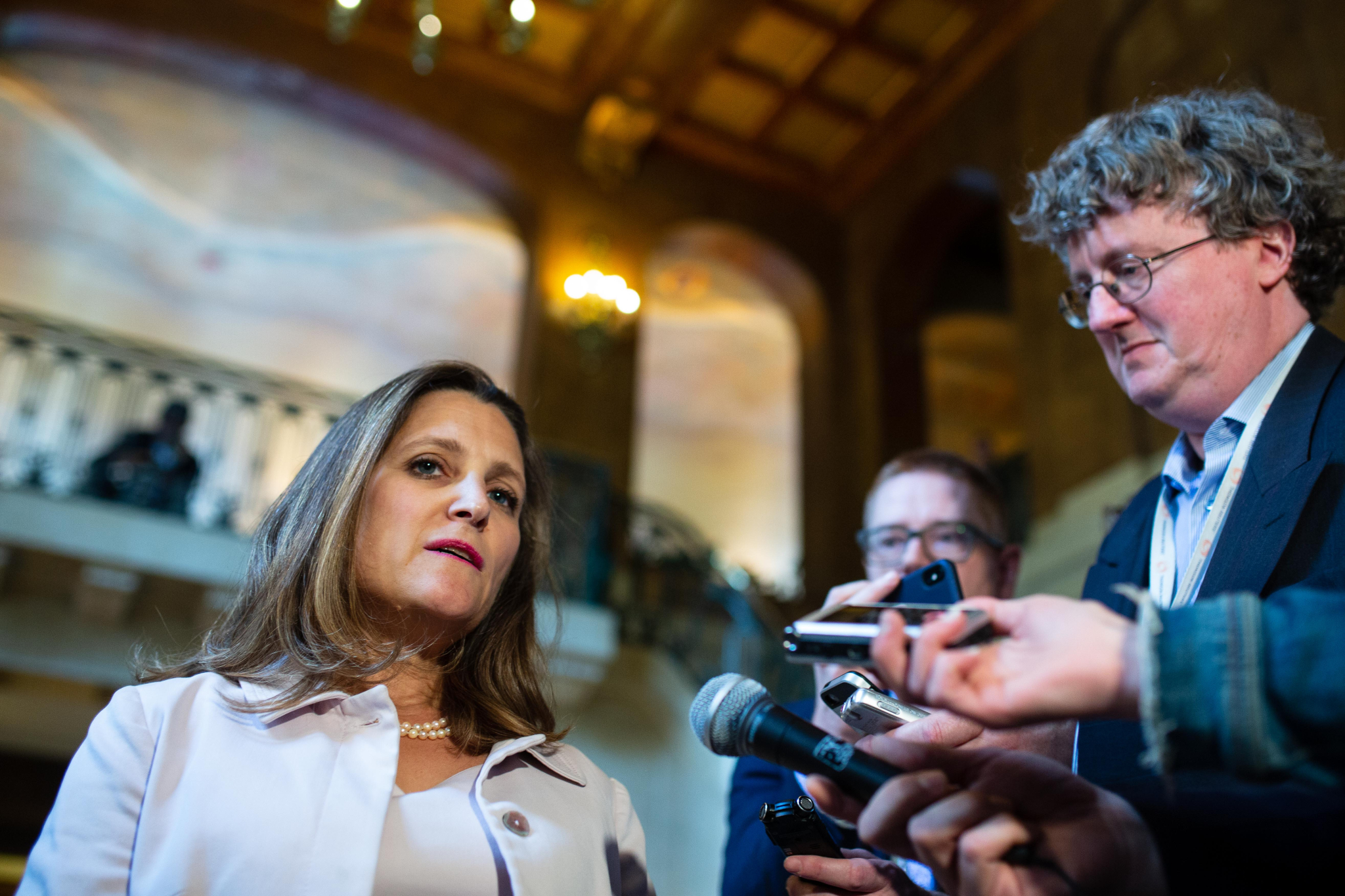 Oil and gas companies that pushed the federal government for more funding for carbon capture technology will be sorely disappointed by the fall economic statement.

In the months leading up to the mini-budget’s release, Canada’s most powerful oil lobby group urged the government to dole out even more taxpayer dollars for companies developing carbon capture, utilization and storage (CCUS) technology. U.S. President Joe Biden’s Inflation Reduction Act (IRA) recently introduced a generous tax credit. To get on par with it, Canada must cover 85 per cent of the cost of CCUS projects, not 50 per cent as currently promised, the Canadian Association of Petroleum Producers told the federal government in a submission earlier this fall.

“There was an expectation that because (of) the IRA, there'd be an increase in (CCUS) … that doesn't seem to have come to pass,” David Macdonald, a senior economist with the Canadian Centre for Policy Alternatives, told Canada’s National Observer.

Macdonald thinks this omission is a sign oil companies won’t get the more generous carbon capture tax credit they desire.

“This would have been the opportunity to do it,” he said. “I think by the time the spring comes around, other things will be in the window, and this won't be one of them.”

Instead, what oil companies got is the Canada Growth Fund, which promises to invest $15 billion over five years to attract private sector investment, grow the economy and help Canada meet its climate goals.

CCUS is mentioned as one of four areas the fund will target but falls well short of what's offered in the Inflation Reduction Act.

Oil and gas companies could get loans or some sort of equity stake from the government, but they won’t receive another straight-up tax credit like the existing one, which promises up to $8.6 billion by 2030.

Canadian corporations will also have to contend with a two per cent tax on share buybacks starting in January 2024, similar to the one per cent tax laid out in the Inflation Reduction Act. In a press conference, Finance Minister Chrystia Freeland gave no indication the government would consider a windfall tax on oil and gas profits when asked.

The tax on share buybacks would increase federal revenues by an estimated $2.1 billion over five years, starting in 2023-24, but more importantly, it will encourage corporate investment to grow business, not just distribute cash to shareholders, said a senior government official speaking on background about the fiscal update.

Canada's oil and gas industry came away from the fall fiscal update without the increased investment tax credit for #CCUS they hoped for. #cdnpoli

“This is a change in the way that the federal government treats the corporate sector,” said Macdonald, referring to how the typical approach is to cut corporate taxes so those benefits can be reinvested in the economy.

“Turns out they won't use those benefits to invest in the economy, they'll use those benefits to increase payments to shareholders,” he said. While it doesn't force companies to have more productive investments, it’s a nod to the fact that companies are recycling their profits into payments to shareholders — not reinvesting them.

The tax on share buybacks is a “baby step” towards recognizing banks aren’t the only ones making extraordinary profits, but considering that “share buybacks used to be illegal in the ’70s … this is a pretty minor change in the grand scheme of things,” he said.

Macdonald doubts corporations will be happy about this measure but noted it is “relatively easy” to sidestep by utilizing dividends instead.

The Canada Growth Fund will launch in 2022 as a subsidiary of the Canada Development Investment Corporation so investments can begin immediately before a permanent, independent structure is finalized early next year. The fund will earn back its capital and recycle that capital so the federal government can do new things with it, a senior government official explained.

One of the fund’s investment offerings will be contracts for difference, which would essentially offer insurance on any future changes to the carbon price.

The mini-budget also includes a new clean technology investment credit that will be available starting with Budget 2023 and cost $6.7 billion over five years. This refundable tax credit will cover up to 30 per cent for clean technologies like solar, wind, batteries, energy storage, small modular nuclear reactors, zero-emissions vehicles and charging or refuelling equipment and more.

The Finance Department is also trying something new: companies must comply with certain labour conditions to receive the full 30 per cent cleantech tax credit — those that fail to do so will only receive 20 per cent.

“It's a new and interesting initiative to make sure that tax credits aren't purely for corporate benefit, that there is a worker benefit here as well,” said Macdonald.

The same will be true for a refundable investment tax credit for “clean hydrogen” first proposed in Budget 2022. The tax credit will be determined by the carbon intensity of the hydrogen, with lower-intensity projects abiding by labour conditions receiving at least 40 per cent. The federal government is using the term “clean” to refer to hydrogen produced from renewable energy, like solar, and blue hydrogen produced from natural gas with carbon capture.

This measure is a “much-needed incentive” to help Canadians and companies adopt renewable energy, said Caroline Brouillette, national policy director at Climate Action Network Canada. However, “it should be ratcheted up and close the door to fossil fuel-based hydrogen and small modular reactors,” the statement reads.

The cleantech tax credit does not meet the moment, according to Environmental Defence’s national climate program manager Julia Levin.

“It’s lower than the previously announced 50 per cent CCUS tax credit — and a fraction of the financial support given to the fossil fuel sector each year,” Levin’s statement reads.

Overall, the fall fiscal update is a “reaction to a more ambitious U.S. plan,” said Macdonald. “The federal government's being pressed into this … it's positive that we won't fall behind the Americans. But we're certainly not ahead of the Americans, we're being dragged along by the Americans.”

So far the oilsands industry

So far the oilsands industry has a 50% credit on carbon capture (CCS) projects — 50% too much.
Ask for 85%, complain loudly when you don't get it, and grudgingly accept 50%. The govt can advertise 50% as a reasonable compromise. When it's outrageous that taxpayers have to cough up a single dollar for the O&G industry's standard business expenses: clean-up, reclamation, and emissions reduction.
The Canada Growth Fund throws more federal tax dollars at CCS. Now the Alberta Govt needs to step up.

Too disgusted at the sham

Too disgusted at the sham-flummery being spun and gobbled up by politicians who, after all, only want their war chests to be kept full by carbon fuel extractors.
Who raised these people, anyway. Some seriously deficient upbringing and education.