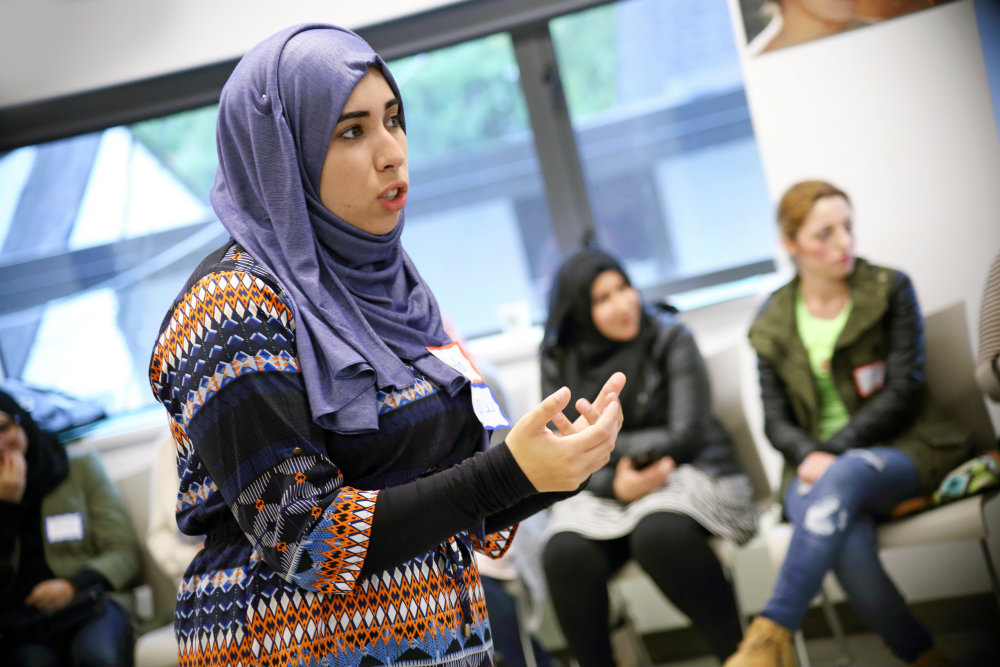 Mohammed Alsaleh, a Syrian refugee and former medical student who arrived in Canada two years ago, is soft-spoken but frustrated when he talks about U.S. President Donald Trump's recent executive order to ban refugees from entering the United States.

“We’ve suffered a lot from terrorism ourselves," Alsaleh said ruefully.

“Trump doesn’t seem to understand that the refugees who come to Canada and the U.S. can’t come directly from Syria. The governments get referrals from the U.N. High Commissioner for Refugees (UNHCR) first, and everyone goes through multiple screenings for security," he said.

Refugees who are approved to the U.S. already go through multiple background checks for security, including hours-long interviews about every aspect of their lives, all of which can take well over a year. The U.S. President's sudden order Friday has caused chaos for refugees and green card holders who arrived at airports, only to learn they were being treated as threats to U.S. national security. 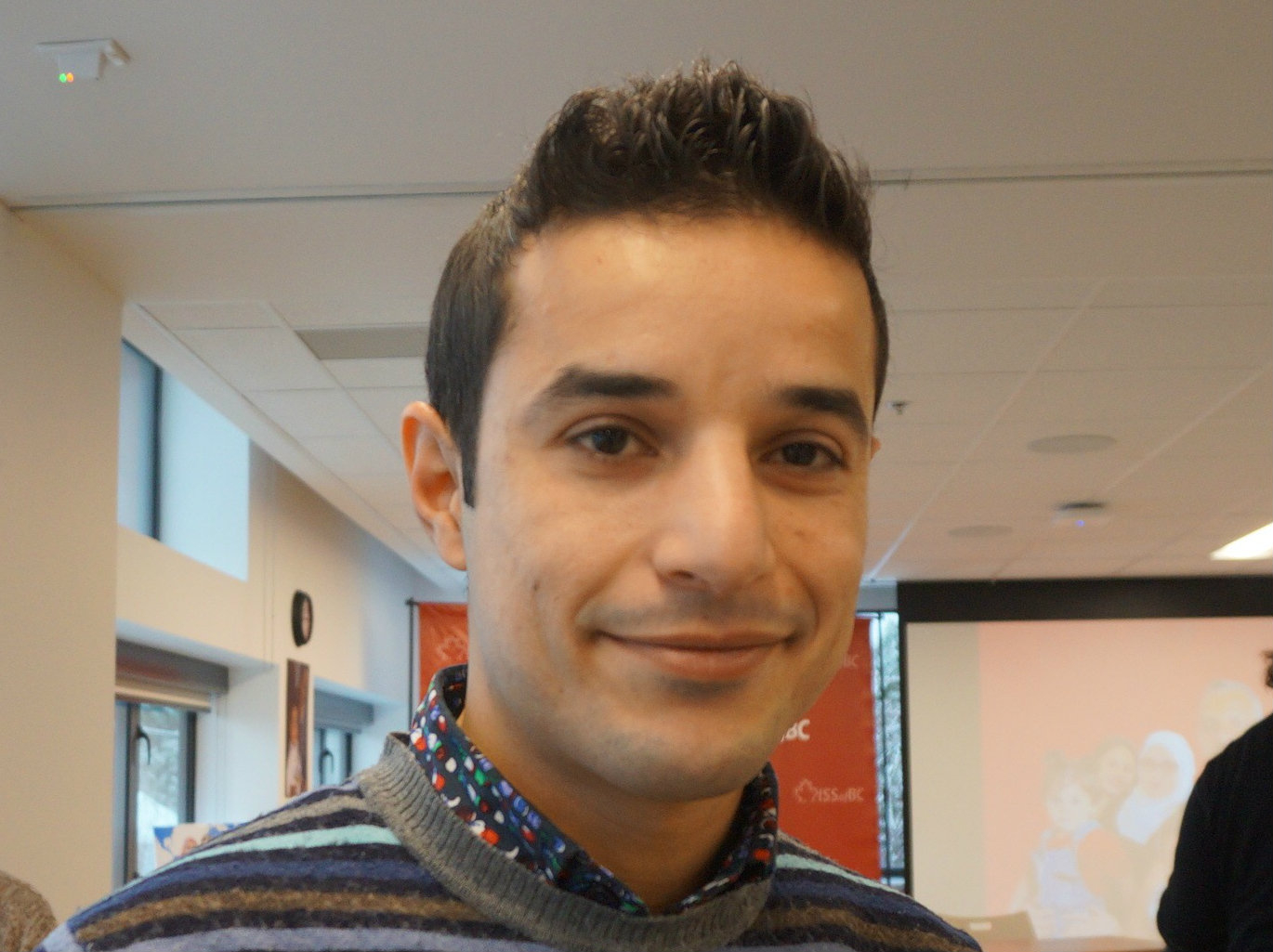 Syrian refugee Mohammed Alsaleh says U.S. President's ban on refugees from Syrian will only cause unnecessary suffering for people trying to flee terror. File photo in Vancouver on December 9, 2016, by Jenny Uechi

“This is an ignorant decision that conveys a real misunderstanding about what’s happening in Syria and other countries," Alsaleh lamented. When he came from Lebanon to Canada as a refugee in 2014, he'd walked out of Vancouver International Airport as a permanent resident of Canada — a vivid contrast from what some refugees bound for the U.S. have experienced this weekend.

Prime Minister Justin Trudeau swiftly responded to Trump's order to cancel visas to anyone from Syria, Iraq, Iran, Libya, Somalia, Sudan and Yemen, with a tweet signaling acceptance for refugees who had originally been accepted to come to the U.S. and were now caught in limbo. While Trudeau did not specify what steps his government might take to help stranded refugees and travelers, his statement caught like wildfire, prompting headlines in the U.S. suggesting that Canada will take on the 'huddled masses' if America won't. Before these events, Canada had accepted over 39,000 private and government-sponsored Syrian refugees and is slated to accept 300,000 immigrants and refugees in 2017.

“We have always been welcoming of newcomers and will continue to do so,” Immigration, Refugees and Citizenship Canada spokesperson Camille Edwards on Thursday, as news of Trump's planned order was circulating:
“Diversity is our strength and immigration helps drive our economic success. We will continue to uphold the principles and values that make Canada so successful."

Trump's order has shaken not only refugees and hopeful immigrants, but U.S. citizens and church groups who have been working to help refugees come to America. Reaction was immediate and outraged. Protests took place at airports, as lawyers worked frantically, pro-bono to file petitions on behalf of refugees caught at the border. Even though a Trump spokesperson appears to be softening the ban in light of protests and several federal judges stepping in to block deportations, the future for vulnerable refugees from countries like Syria and Iraq remains uncertain.


The scene from above as thousands chant and scream, draping banners from above at JFK international arrivals shouting "LET THEM IN!" pic.twitter.com/ugU8zbKYiv

This what OUR America looks like. Lawyers on the floor of an airport working to free detainees #StopPresidentBannon #NoBanNoWall #MuslimBan pic.twitter.com/JNT9KjtFUG

Alsaleh said he so far, hasn’t personally experienced an increase in racism or prejudice as a result of the discourse in the U.S., and that in fact, people seem adamant to prove that Canada’s approach to refugees and newcomers is different.

“Actually, I think it’s having the opposite effect in Canada,” Alsaleh said. “People are realizing what is happening there (in the U.S.) and it seems like Canadians want to build a stronger relationship with newcomers now instead. It’s been positive.”

Not going to help security

Nada Elmasry, a Libyan-born Palestinian who immigrated to Canada in 2006, works with refugees in Greater Vancouver, and believes the Trump administration’s approach is deeply misguided.

“We’re surrounded by refugees all the time and we never feel unsafe,” she said. “As refugee youth tell me all the time, they want to live in peace and benefit Canada, just like it helped them. I'm always hearing from them how grateful they are to be here.”

Last December, a group of Syrian refugees speaking at Immigrant Services Society of B.C. expressed deep gratitude toward Canada, expressing a desire to integrate and contribute to the country's future. While some refugees struggle in their new home countries, many go on to start businesses and families, and contribute to local communities.

When Elmasry looks at her Facebook feed, she said she sees panicked posts from people who initially had plans to move to the U.S., but are now at a loss for what to do next.

“There are so many people who were looking to escape the war. Now, some people who had already been set to arrive to America in the next few weeks are all of a sudden no longer able to do that,” she said. “It breaks my heart to see people being labeled as threats just because of where they came from.”

Although the ban on refugees from predominantly Muslim countries was ostensibly to prevent terrorist plots like recent attacks in Germany and France, studies suggest that banning refugees and newcomers won't make a difference to security in the U.S.

A recent report from the right-leaning Cato Institute found that the odds of an American being killed in a terrorist attack with any immigrant or refugee involvement in any given year is one in 3.6 million. By contrast, people with firearms took over 33,700 people in the U.S. in 2014, making gun-related deaths as common as fatal automobile crashes.

Alsaleh said President Trump didn’t seem to understand the lived reality of refugees fleeing their homes due to war. He worried that the U.S. president's rhetoric would inspire similar responses in countries facing leadership election this year. For example, in France, far-right political leader Marine Le Pen — who promotes a softer brand of xenophobic policies than her polarizing father — is now in the lead to win the election in April.

​As U.S. lawmakers including House Speaker Paul Ryan and vice president Mike Pence voice support for the controversial ban — despite publicly opposing such measures less than a year ago — some right-leaning Canadian politicians have denounced Trump's policy.

Alberta Conservative leadership candidate and former immigration minister Jason Kenney voiced strong opposition to Trump's order in a series of tweets, reflecting on an Iranian immigrant and former staffer who was so proud of his Canadian identity that he'd tattooed a maple leaf on his body. Kenney denounced Trump's ban as "brutal" and called on Prime Minister Trudeau to "immediately facilitate temporary residency for bona fide travelers stranded by the executive order."

Conservative Party interim leader Rona Ambrose also tweeted that "immigrants and refugees from all over the world have greatly added to Canada's success and prosperity" and that "Countries like Canada and the US need to shelter ISIS persecuted groups from genocide."

Some Canadians remembered how their family as refugees in the past, and wanted the country to continue to uphold its humanitarian approach to people fleeing conflict.

“I and my family were refugees, benefiting immensely from Canada’s humanity during the 1956 Hungarian revolution,” said Frank Palmay, chair of Lifeline Syria, a Toronto-based group working to raise money to help settle Syrian refugees in Greater Toronto.

“In general, refugees are grateful, hard working and willing to make sacrifices for the benefit of their children. My parents and those of my contemporaries were all like that."

“Each country, of course, has the right to determine its own course and how it deals with the refugee issue," Palmay said. "The huge advantage that Canada and the U.S. have over the European countries, not to mention the nations that border on Syria directly, is that they can screen and choose who they accept as refugees. This is not the first time that Canada has chosen a different path from the United States on the issue of refugees and immigrants.”

Justin, all this talk and

Justin, all this talk and action about Human Rights is just swell. Why then the Red Scarf in the Vancouver Chinatown Chinese New Year Parade this past weekend? The Red Scarf is a world-wide recognized show of support for Communism. So Communist China's Human Rights record is to be ignored? And is that some kind of covert signal to Beijing that " The TAR SANDS OIL is on the way?"
On your recent Tour of Canada to connect with Canadians, why did you not find time for a Town-Hall Meeting in BC? I think your Handlers strongly advised against it. Please reconsider, we are waiting for you!