Actually, Mr. Gendron, the N-word is worth ‘making a fuss about’ 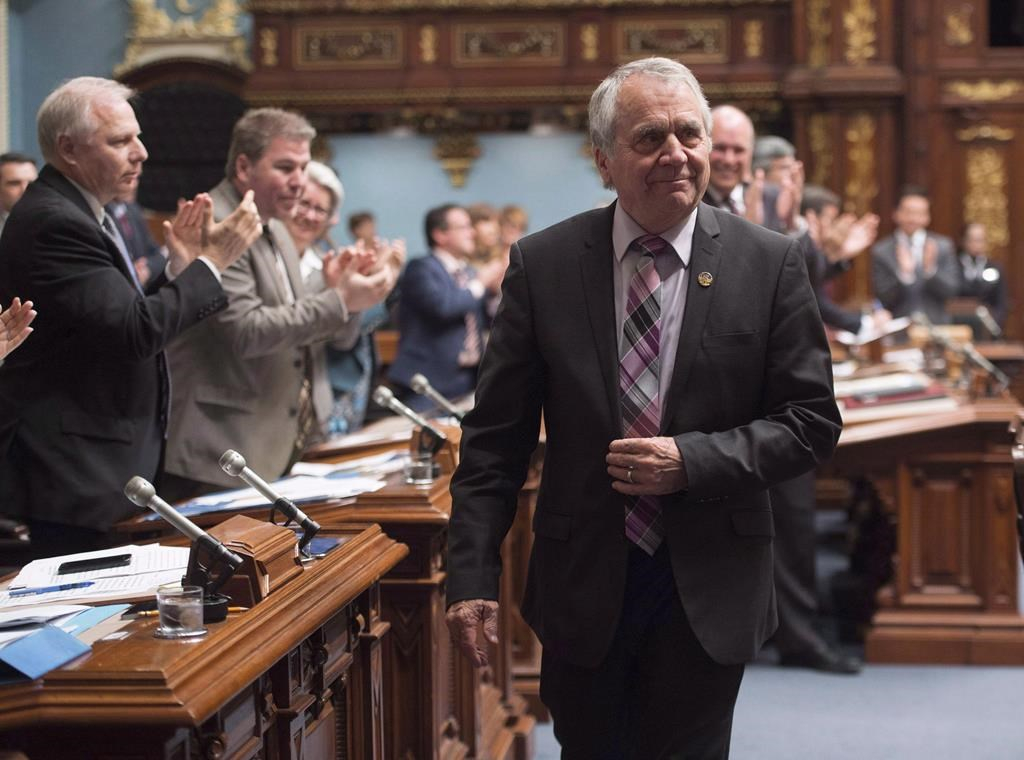 Francois Gendron, the longest-serving member of Quebec's legislature, apologized for using the N-word in front of secondary-school students. Photo by The Canadian Press/Jacques Boissinot
Previous story

While U. S. President Donald Trump used a deplorable racial slur while addressing Native American veterans of the Second World War at a recent White House ceremony, a similar, albeit not maliciously intended, incident was unfolding right here at home.

In a CTV exclusive, Quebec City bureau chief Maya Johnson revealed that Parti Québécois (PQ) MNA Francois Gendron apologized to Quebec City high school students for using a pejorative expression when he recently addressed them about how the legislature works.

Gendron used the expression «travaillé comme un n*gre» (“worked like a n*gger”) to explain how hard he was working.

A teacher sent a letter of complaint to Gendron on behalf of students at Ecole secondaire La Camaradière who were shocked to hear a member of the National Assembly use such a derogatory and racist term.

To his credit, PQ leader Jean-Francois Lisée quickly spoke out against Gendron’s comment, urging him to apologize, and stating that “this was a lesson for everyone.”

While Gendron did apologize to the students, the apology left a lot to be desired.

In the CTV article, Gendron is quoted as saying that “even though he doesn't see what the fuss is all about, he has apologized to the school and in his view the issue is settled.”

“Normally when we use this expression in Quebec,” he continued, “it means 'to work hard.' There is in no way any link with cultural communities, which I respect, and I am happy to welcome. So, I can't believe this... to try and make an issue out of this. I don't understand.”

Gendron’s “apology” is, in fact, a classic example of a non-apology, often used in politics and public relations. In a non-apology, the person basically admits to causing harm and attempts to defuse tension and negative press coverage, but does not truly acknowledge their wrongdoing.

By stating that he “doesn’t understand what the fuss is about” and that he’s baffled that people are “trying to make an issue out of it,” he not only pays mere lip service to those hurt by the expression, he also insinuates that they are the ones who are overreacting, hypersensitive, and irrational by taking offense to something that is, in his opinion, quite innocuous.

The report cites a professor of French literature at l'Université de Montreal who attempts to explain that the expression « travailler comme un n*gre » is an old expression that means “to work hard” and isn’t necessarily laden with racist overtones.

It is, however, impossible to separate the meaning of the phrase from its etymology. The reason that specific expression means “to work hard” (and how it was used by Gendron to describe just that) is because the very word is derived from slavery, where men and women of African descent were forced to labour away for inhumane hours and under inhumane conditions with absolutely no financial compensation.

If the N-word has, in this context, become synonymous with slave, it’s because the reality of slavery enabled that linguistic link. Taking that historic context into consideration, how, under any circumstances, can we claim that it’s just another word that’s been hanging around for decades and is utterly meaningless to those whose ancestors in fact experienced the very conditions that expression still describes?

Blind spots can be dangerous, and denial ultimately serves no other purpose than to placate and pander to those who feel that a requested apology for an offense is meant to shame and blame the offender. I saw more than a few people online come to Gendron’s defense by downplaying the incident as political rectitude gone awry. One commentator went so far as to imply that the black community should be flattered because the expression connotes “hard work.” Never mind that it’s used to describe hard work conducted by slaves.

Gendron has been an MNA since the 1970s, but he surely didn’t just fast forward to 2017 today. If he’s even slightly aware of current issues and debates, as well as repeated demands for a Quebec-wide inquiry on systemic racism, then he knows that much needs improvement. The term he used is not just a “meaningless, old-time” expression, as some claim. It’s a racist term.

In 2015, after a petition to the provincial toponymy commission by scholar Rachel Zellars, it was decided that the words “n*gger” and “n*gre” would no longer be used as names for 11 locations across Quebec. Zellars, who is originally from New York state, was shocked to find that these names still existed here.

When asked why the word ‘n*gger’ is so offensive, Zellars explained in an interview: “It is the most hateful symbol, unequivocally, that has been used to defile black people in North America.” It’s as simple as that, really. The power of casual racism (even the kind that isn’t necessarily associated with a deliberate attempt to discriminate) is that it’s still racism. Racism is as much about impact as it is about intent.

While I’m not among those advocating Gendron’s dismissal, and I do believe that anything can be a teachable moment, now would be the time for a sincere apology and a genuine attempt to understand why such an expression needs to disappear from the Quebec landscape.

An apology that feigns regret while simultaneously dismissing the incident as a “tempest in a teapot” is unbecoming of a member of the National Assembly elected to represent all Quebecers.

No need for Montrealers to fear Valérie Plante's gender-balanced executive

War on the playground: when children act out divisions from battles left behind

Thank you Toula for writing

Thank you Toula for writing this article. Very informative about a shocking incident. Clearly lots of work needs to be done to raise awareness!

Thanks for reading, Susan!

Thanks for reading, Susan!

While I strongly support this

While I strongly support this comment on the behaviour of a PQ MNA, I cannot help but ask that implication that Donald Trump's racist slur was "not malicious" and implying it was not nearly as bad as Gendron's. If you compare Trump's total befuddlement that anyone was upset with his "little joke" to Gendron's apology there is not much to separate them. So I would edit that opening paragraph to make the point that both comments were equally offensive.

Hi Paul,
You misunderstood what I was saying. Trump's racial slur was most certainly malicious and in bad faith. We are in agreement here.

Years ago, during a blended

Years ago, during a blended family renovation, my step children claimed we were working like......you know who. Offended, and more than a little determined, I told them they were actually 'working like Saskatchewan farm women'.....a legacy I was proud of then and am now.

Hard working people are my people. That slavery was ever used to denigrate the folks who keep this world functioning burns me up.........if we want to dispise something, we should consider bad mouthing the parasites who think they are better for having others do everything for them. And please, let's not vote for the entitled either......running a country well is damn hard work.

the west owes a debt of gratitude...and money....to the many black men and women who's toil built America, but the shame associated with physical labour is still with us. Perhaps we owe the contempt many still feel for work, to slavery as well.

Well said, Mary! Thanks for

News flash Dude, rich, old, entitled, racist, mysogenystic white men no longer get to spew their vitriol unchallenged. The Old Boys Club lost it's lease and the huddled masses are determined to burn it to the ground. There is obviously no intention to evolve to even the twentieth century, so it's time to retire.

Toula is right about this

Toula is right about this word, and unlike swear words(the f word being my favorite)it is not just an inappropriate word, but it a word like mentally retarded that really hurts a group of people. There is no way this word is appropriate to use in any context-except in social commentary. Some examples the Adventures of Huckleberry Finn, Mississippi Burning, and Women Is the Nigger of the World by John Lennon. In the first two examples, the word is to show the racism that existed in those periods of history and latter was used as a simile to describe the treatment of women in the society. Other than that, people should use that word, and if they do, they should be given a chance to make amends.