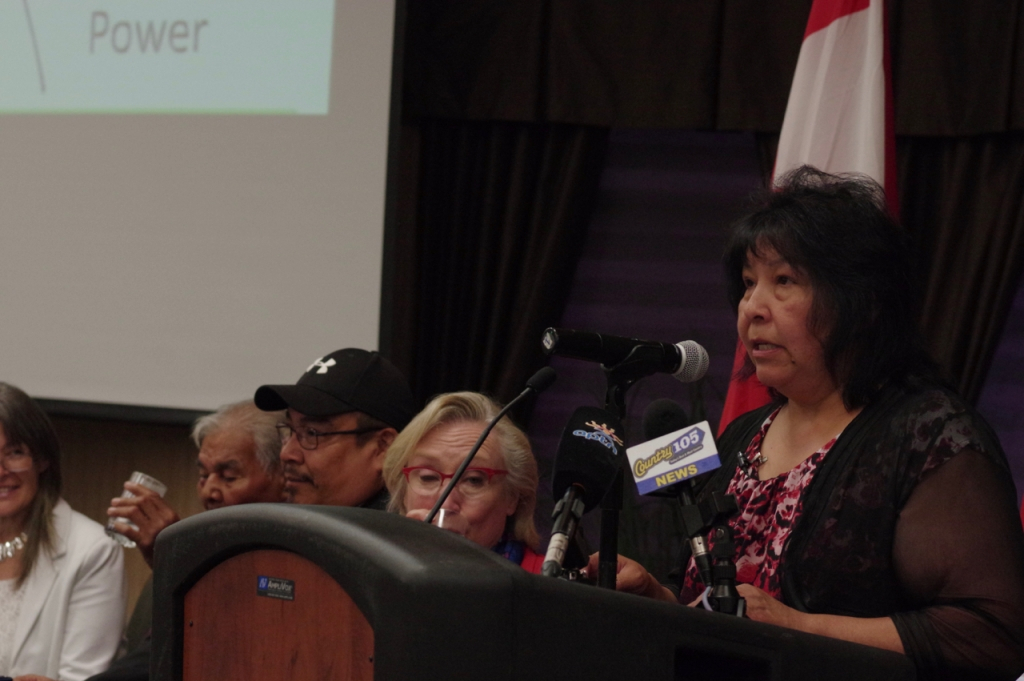 A new agreement between Ontario First Nations, the federal government and the province will see 16 northern communities connected to the power grid.

The $1.6 billion project will be completed in 2023 and will shift the communities from dependence on diesel fuel for power to the provincial electricity grid.

Premier Kathleen Wynne says the Wataynikaneyap Power Grid Connection Project will be the largest Indigenous-led and Indigenous-owned infrastructure project in the province’s history.

Wataynikaneyap Power — a majority-owned company by 22 northern First Nations — was founded in 2015 and will build the connection to the grid.

In 2014, a study by Ontario’s Independent Electricity System Operator determined that there was a positive business case to extend the provincial electricity grid to 21 of the 25 First Nations that depend on diesel.

Looks like another dependency on white mans generosity and cash cow for energy infrastructure corporations.
Surely there is sun and wind combined with battery storage that would provide independence and autonomy to these Indigenous communities.
Globally both solar & wind are now competitive & cost effective solutions with no downside impact to the environment.
Peter

I was thinking the same.

I was thinking the same.
Although I suppose if your funding is limited, the grid is already there; connecting could still be cheaper than building local power. And I mean a lot of these communities are no more remote than white-people communities that ARE connected, so it's just establishing parity after decades of neglect. But still, ideally moving towards more local autonomy using new green energy sources would be the best option.

Peter, I think your first

Peter, I think your first guess was more to the point . Did they even look at alternatives ?