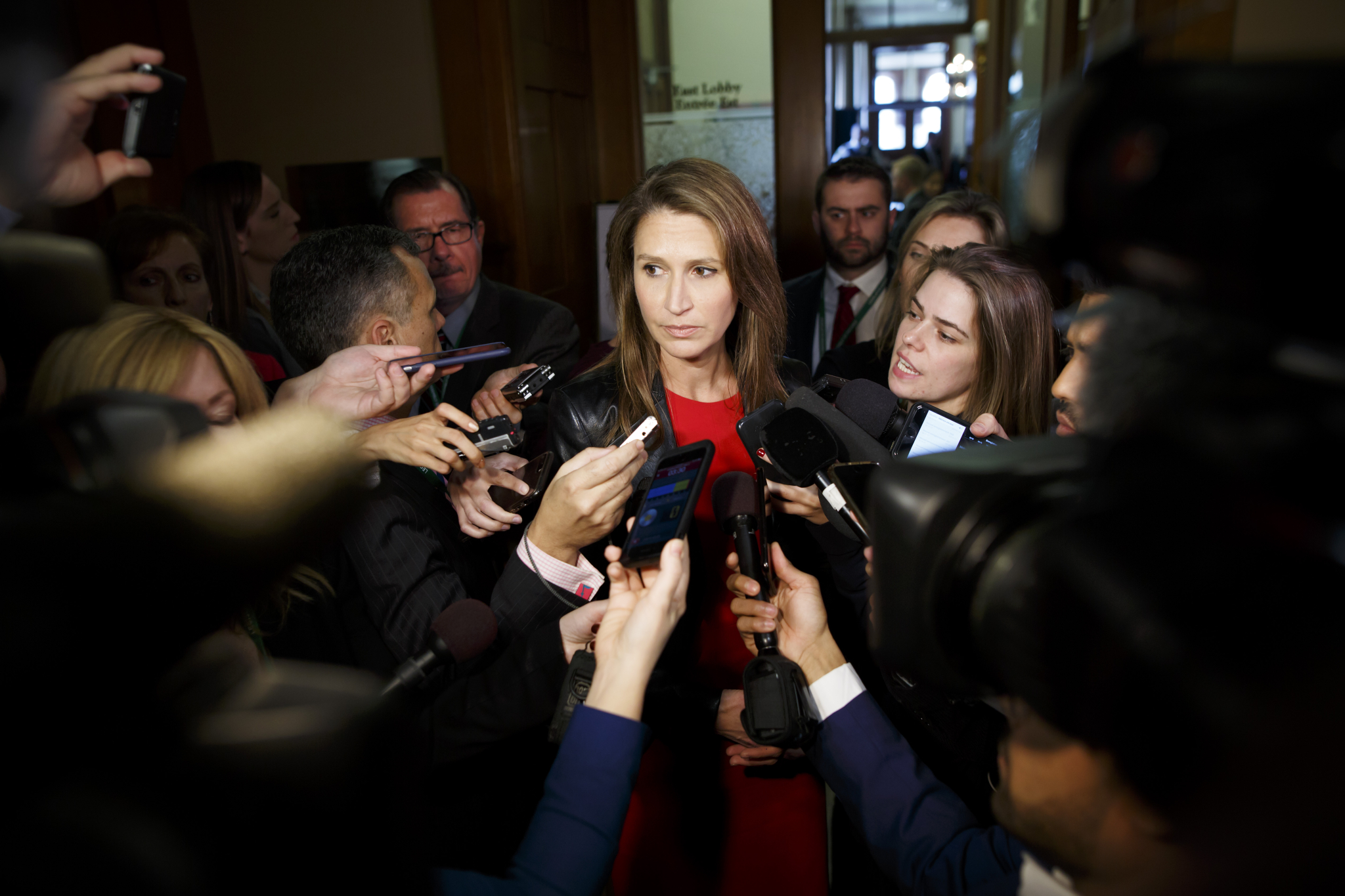 Ontario residents who need a lawyer but cannot afford one may soon be affected by dramatic cuts announced on Thursday in the Ford government's first budget.

The budget will also take away some money given to victims of crime. The budget described this as standardizing their financial assistance to save up to $23 million per year.

Fedeli described the cuts in his budget as an effort to modernize how justice services are delivered.

In terms of legal aid, this "modernizing" amounts to almost 30 per cent of the $456 million legal aid budget (according to the last fiscal year's numbers), which will result in fewer Ontarians qualifying for assisstance. The government say these cost-savings are coming due to a cancellation of an automatic escalator that provided an six per cent increase in the financial bracket of Ontarians who were eligible to receive legal aid every year.

According to April 11 Progressive Conservative budget, spending on justice services is is expected to decrease from $5.0 billion in 2018–19 to $4.7 billion in 2021–22, representing an average annual decrease of two per cent over the period. The government says the "modernizing" would transform "the way services are delivered, while protecting front‐line services."

It’s unclear what exactly will be cut from Ontario’s 74 legal aid clinics, or how many jobs will be lost, only that Premier Doug Ford's government intends to streamline services to “promote long‐term sustainability.” Thirteen of these clinics provide specialty legal services on a number of issues, from environmental, worker and tenant rights to marginalized communities.

Youth justice services would also be affected by Fedeli's so-called modernization. This would consist of shutting down what the government described as underutilized youth justice facilities and a reduction of beds in both the open and secure custody detention system. Fedeli's budget said that there was a continued trend of lower need for these services, leading to annual savings of $48 million by 2021–22.

The government's modernizing efforts also include adding video conferencing for in-custody court appearances. It will also leverage technology to generate administrative efficiencies. Government officials said this was designed to allow people living in northern communities to save on travel costs.

In another money-saving proposal, the government proposed to eliminate the use of juries for minor offences. It remains unclear what constitutes a minor offence.

Other justice sector changes include cutting back on police overtime to save $30 million annually, and diverting low-risk individuals from the correctional system and providing alternatives to incarceration, estimated to save $13 million.

According to the budget, the Ford government's justice sector expense is expected to be about $118 million higher, primarily due to capital repair and renewal costs, higher‐than‐expected awards for victim compensation, support for the public inquiry into the safety and security of residents in long‐term care homes, and investments to combat gun‐ and gang‐related violence.

"The government is working to simplify a complex and antiquated justice system," says the budget. "This will make it easier, faster and more efficient for the people of Ontario to access justice."

Adam Vaughan, a Toronto-area Liberal MP, told National Observer that Ford’s plan to reform the justice system does nothing to prevent crime.

“Prevention is less expensive and smarter but they’re not smart on crime – they just pretend to be tough on crime,” he said. “The reality is is that they usually end up making things worse.”

Speaking at Queen's Park after the Tory budget was tabled, Vaughn expressed concern that a minor offence isn’t defined in the budget.

“This is the problem with all of their budgeting. There's no detail to any of it," he said. "They make these grand gestures with no costing and no specifics You find out after it’s too late the things you needed and things you thought you could rely on have disappeared.”

Well, if there is no detail

Well, if there is no detail and no definition, than we, the people of Ontario, in our various capacities as citizens, public servants, and officials will be forced to exercise our best judgements to ensure that actual justice is seen to be done. The closure of "underutilized" detention facilities may well be a good thing, and our justice system and communities will have to be more creative in devising community based solutions, AND preventive strategies to address the conditions that breed crime. Of course, increasing access to alcohol is not one of them! And it remains to be seen if legalizing marajuana will decrease the criminal trafficking and the gang violence associated with it.

Generally speaking, this budget is about what one would expect from a party that has been overwhelmed by the politics of fear, panic and preserving the "perks" of those already overprivileged. It seems clear that Premier Ford is convinced that "toughness" is the answer to everything - except the profits of big business.

It will be interesting to see how he reacts when those few enlightened leaders of "big business" sit him down and demand he stop the spiral into chaos.