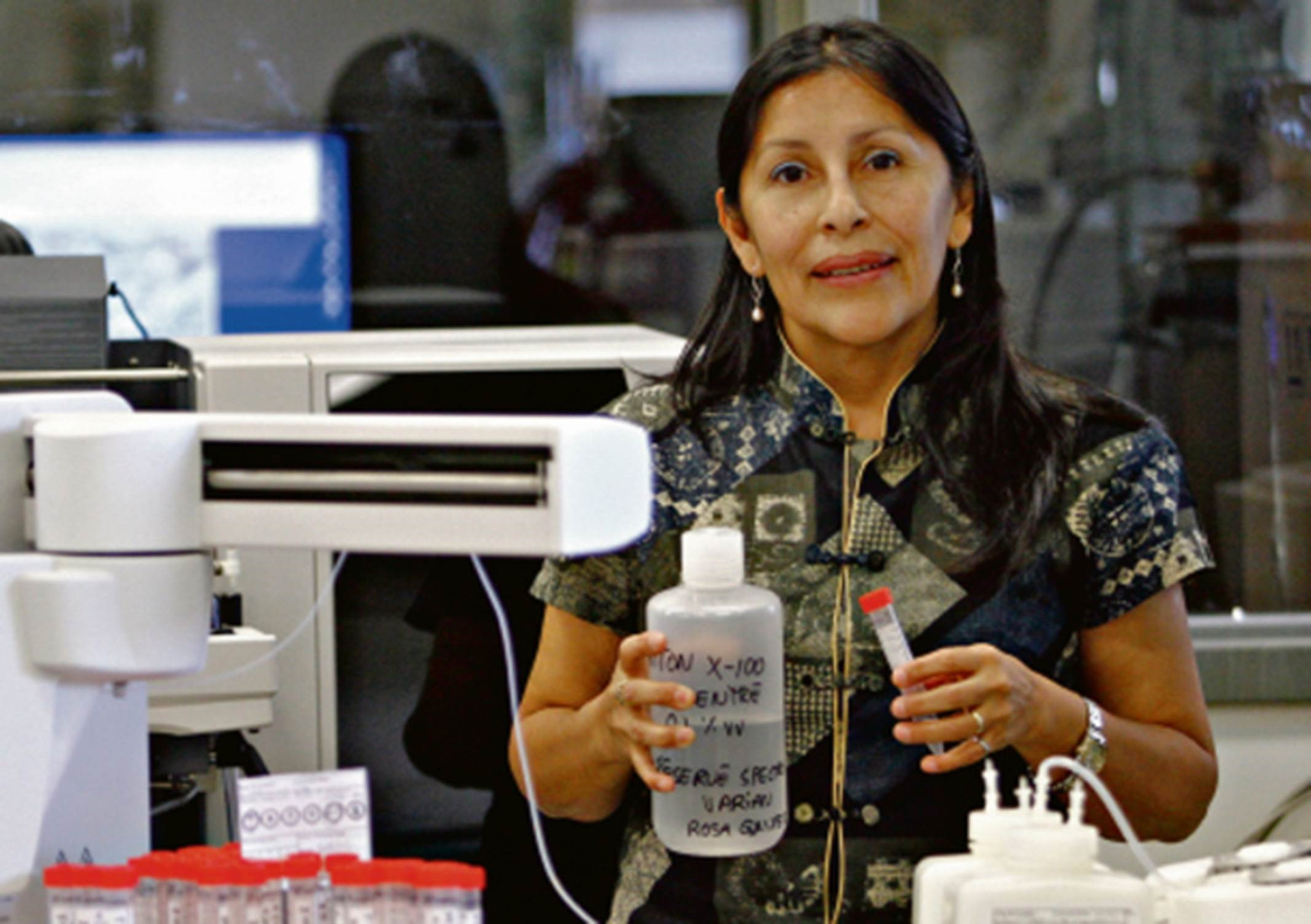 In Shelburne, N.S., water wells are contaminated by an old dumpsite and the Black community suffers from high cancer rates. Sarnia, Ont., known as “Chemical Valley” — Canada’s largest concentration of petrochemical industries — grapples with associated water and air pollution putting the health of the Aamjiwnaang and Walpole Island First Nations at risk.

From the mercury contamination of a paper mill in Grassy Narrows, to E. coli contamination on Kashechewan Reserve, to Boat Arbour, many communities of colour are beyond the saturation point for exposure to pollutants. There is a type of racism that we have only just started to discuss in Canada: environmental racism.

There’s Something in the Water is a book and documentary on the pioneering work of Ingrid Waldron of Dalhousie University on the devastating impacts of pollution on Indigenous and Black communities in Nova Scotia.

Waldron's work embedded in the communities has helped give a voice to their plight and shed light on an issue which has historically been invisible to Canadians and politicians. It has recently generated legislative initiatives provincially and federally in order to start addressing environmental racism in Canada.

No one wants heavily polluting industries in their backyards, so these tend to be located near poor communities of colour who often do not have the resources to fight them. The pollution deteriorates air, soil and water quality, and compromises the communities’ health and well-being.

In South Africa, environmental justice is rooted in that country’s constitution and a principle defined in law “so that adverse environmental impacts shall not be distributed in such a manner as to unfairly discriminate against any person, particularly vulnerable and disadvantaged persons.”

Unlike many other countries, Canada does not have a legislated environmental justice lens, and, therefore, the issue remains mostly invisible and unaddressed.

Pollution is also systemic violence against people of colour and closely relates to the police violence that has been at the forefront of the national debate. The creation of the RCMP’s predecessor’s in 1873 was closely tied to the extension of Canada’s colonial control over Indigenous territories in what would become Western Canada and later played a key role in forcibly relocating Indigenous peoples to reserves to help clear the way for the construction of the Canadian Pacific Railway. Thus began the criminalization and structural poverty-producing system Indigenous peoples still suffer from today.

"Many communities of colour are beyond the saturation point for exposure to pollutants. There is a type of racism that we have only just started to discuss in Canada: environmental racism."

In recent years, Indigenous peoples have led a number of high-profile movements fighting for social and environmental justice in Canada. Prof. Jeffrey Monaghan of Carleton University has documented how police and other security agencies responded by developing a prolific surveillance regime that targets Indigenous movements as national security threats.

The extensive policing of Indigenous peoples or groups in the “war on terror” has been rationalized by the development of categories and labels such as “Aboriginal extremism” and “critical infrastructure” specifically to criminalize Indigenous movements that challenge extractive development, demand self-determination, or contest federal and provincial claims to Indigenous lands, which often lead to expropriation for the benefit of foreign shareholders.

Further, the National Inquiry into Missing and Murdered Indigenous Women and Girls highlighted the link between resource extraction and spikes in violence against Indigenous women, girls and two-spirit people, a finding echoing Amnesty International Canada’s accounts of violence and abuse of Indigenous women at labour camps in Manitoba and British Columbia.

In 2013, the RCMP arrested more than 40 members of the Elsipogtog First Nation in New Brunswick for blocking a road to resist shale gas and fracking activity on their territory. In January 2019 and again in 2020, the RCMP invaded Wet’suwet’en territory and arrested land defenders at the Unist’ot’en camp, sparking solidarity blockades across the country.

Whilst we have some data showing Indigenous persons are disproportionately killed by the RCMP, there is no statistical racial data on arrests or victimhood of crimes (at the hand of police or others) other than homicide. Basically, we do not have a clear overall picture of the extent to which policing amounts to the enforcement arm of corporations seeking to extract and export natural resources in this country under the banner of critical infrastructure protection.

Beyond these more visible police interventions, there is also evidence of important surveillance and profiling of Indigenous activists by the RCMP. Classified surveillance information was gathered on Indigenous and other opponents of the Northern Gateway pipeline and then shared by the RCMP and CSIS at “energy sector stakeholder meetings” organized by Natural Resources Canada where about half of the hundred participants were from energy corporations, including the Gateway pipeline proponent.

In 2014, the BC Civil Liberties Association filed a complaint against the RCMP for allegedly spying on anti-pipeline protesters. Part of the case got embroiled in court battles and gag orders and the RCMP commission’s interim report completed in June 2017 has still not been made public, three years later.

If we seek real action against systemic racism in Canada, we can no longer ignore the interplay of racial and environmental justice and the role of policing communities of colour in order to enable irresponsible polluting corporations.

Canada's shame.
Environmental racism. Something else you won't find in our school textbooks. (Maybe that's one place to start.)
If our oil is ethical, I'd hate to see what unethical oil looks like.

Thank you for this article and I totally agree. We need make the public more aware of environmental racism.

Thank you for your

Thank you for your compassionate analysis of environmental racism and other issues that call for reform. Decolonizing conservation is a companion challenge that ought to be addressed in timely fashion as well.