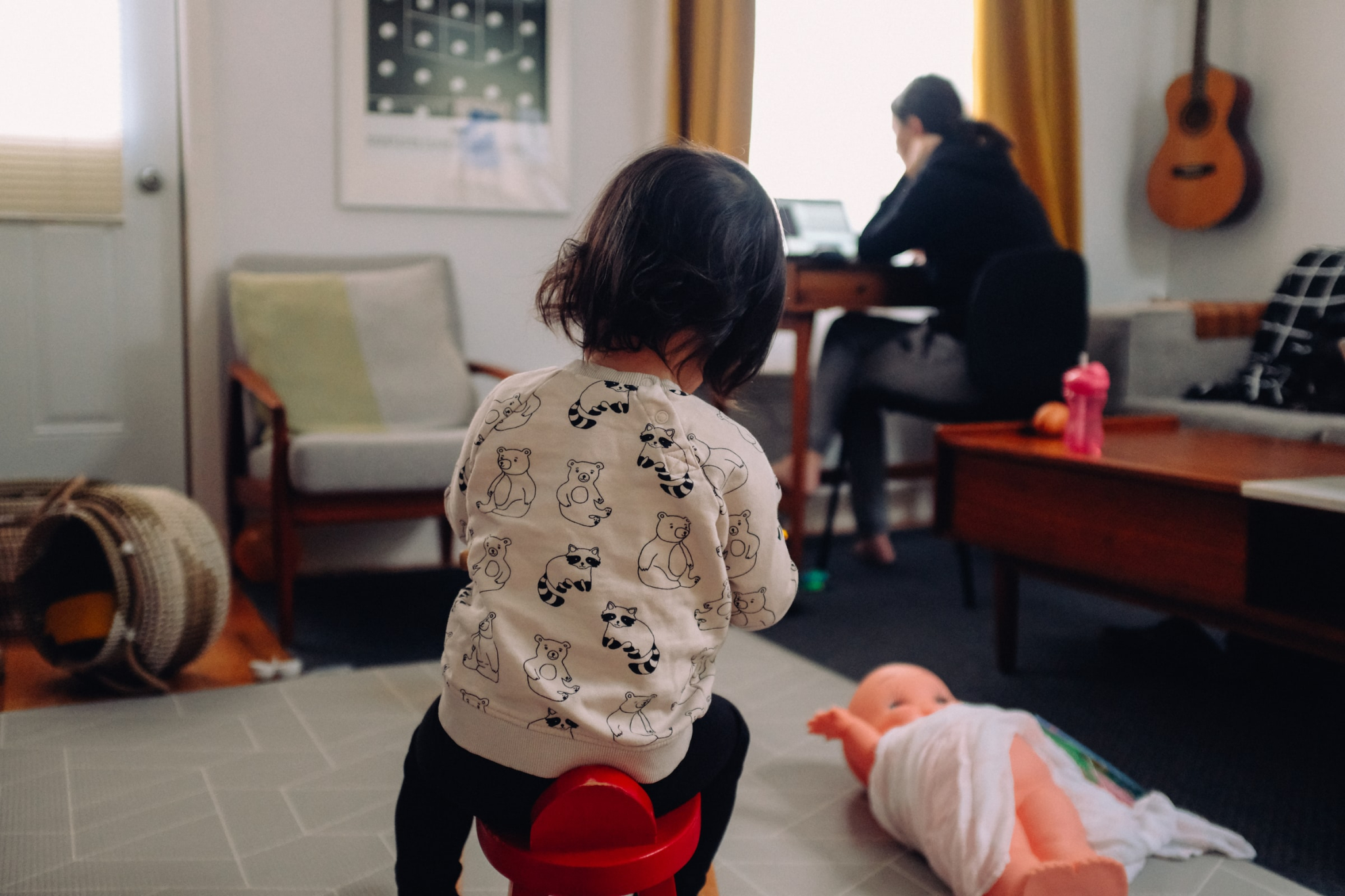 In the annals of annoying portmanteaus, the phrase “she-cession” doesn’t even come close to the top 10. But when it comes to triggering Conservatives, it might be at the top of the list.

Witness the overwrought reaction last week to the prime minister’s usage of it from conservative social media users and outlets like the Post Millennial. It even captured the attention of Jordan Peterson, a guy who knows a thing or two about overwrought reactions. “This is simply not how serious adults discuss anything of import,” he tweeted.

This is, as they say in poker, a tell. After all, the “Brexit” portmanteau didn’t elicit this sort of response from conservative thinkers and has been happily endorsed by politicians like Andrew Scheer and Jason Kenney. But for some reason, the idea of a “she-cession” — or a “she-covery” — seems to stick in the craw of Conservative supporters and thought leaders.

This inconsistency may help explain why Conservatives continue to poll so poorly among women in Canada. While the Liberal lead on them has narrowed from unfathomably big to merely massive, it’s still a chasm that separates the CPC from any hope of governing.

Back in 2020, an EKOS poll had the Liberals polling at 47 per cent among women — more than double the CPC’s 23 per cent. That lead has narrowed to 13 points lately, according to EKOS, but that’s mostly because the Liberals have bled support to the NDP. A recent Leger poll also put the Conservatives at 25 per cent, 11 points shy of the Liberals.

Mocking a phrase like “she-cession” isn’t going to help them there, especially since it was coined by someone who is a professionally serious adult. Armine Yalnizyan, a writer and thinker who watched the last major economic crisis from her perch as the Canadian Centre for Policy Alternatives’ senior economist, put the phrase on the map early on during COVID-19, and the ensuing months have validated her assessment.

“When the pandemic hit,” she tweeted back in March, “it was clear this would be the first-ever service-led, and consequently woman-led, economic downturn. A she-cession. It only took days for statistics in countries that proceeded (sic) us to make clear this was going to be a fact, globally.”

As PwC noted earlier this year, COVID-19 and the unequal burden it placed on women has reversed years of gains they had just made in the workforce. “For nine years, countries across the OECD made consistent gains towards women’s economic empowerment. However, due to COVID-19, this trend will now be reversed, with the index estimated to fall 2.1 points between 2019 and 2021, according to analysis undertaken for PwC’s annual Women in Work Index.” As a result, PwC said, OECD countries will have to work even harder to make up that lost ground. “Progress towards gender equality needs to be twice as fast as its historical rate.”

That reality, and the policies that could help address it, should be at the centre of this election campaign. Sure, the first week served up a number of interesting appetizers, from the CPC’s bizarre Willy Wonka video to Justin Trudeau’s flippant comments about monetary policy. But the main course is how Canadians want to see the economic recovery take shape, and it has yet to be served.

When it is, Canadians will have to chew on whether they want a business-as-usual recovery or one that understands that not all jobs are created equal. Do they want a child-care plan that prioritizes helping more women join the workforce, or do they want one that subsidizes the status quo? And do they want stimulus spending that reinforces Canada’s existing economy, with its reliance on resource extraction and development, or investments that help build a new economic landscape? These are the questions that should inform the election’s outcome, given they’ll define the country’s path in the years to come.

Canadians should also weigh the answers that were given back in early 2020 when it became clear that COVID-19 was going to blow a massive hole in the global economy. The Liberal government rushed in with a bevy of stimulus supports and programs, and the NDP pushed them to be more generous with ones like the Canada Emergency Wage Subsidy. The Conservatives, on the other hand, wanted to trot out their familiar playbook and try to pull the economy out of tailspin with tax cuts and regulatory reductions. As then-finance critic Pierre Poilievre told a reporter in March 2020, “You might want to address it through big, fat government programs. We’re Conservatives, so we don’t believe in that.”

That playbook won’t help address the disproportionate impacts that women have endured over the last year and a half. It won’t help improve their relative economic standing, or ensure that the Canadian economy becomes more just and equitable in how it distributes its spoils. And it almost certainly won’t help improve the CPC’s standing among female voters. If they want to actually win an election, they’ll have to throw that playbook out — and start taking things like the “she-cession” more seriously.

I am beginning to dislike all

I am beginning to dislike all political parties. It is so easy to talk the big talk when there is absolutely no chance for your party to win the election. No matter what any of them say I bet it will turn out status quo. Trudeau has shown us his promises are worthless and that he is a big fan of do what you know is wrong but apologize like crazy afterwards.

With respect to a national

With respect to a national daycare program, most jurisdictions that launched high quality childcare systems have seen the financial investment indirectly returned in larger sums, mainly from income and consumer taxes paid by women who were able to get back into the workforce earlier. It worked well in Quebec.

There is also the fact that quality, regulated childcare programs create professional jobs and results in a positive economic impact with more efficient businesses less crimped by maternity / paternity leaves.

It's a great sign that so far eight provinces have bought in to the Lib's program. Electing another minority government backed by the NDP will keep Trudeau from backing out of yet another big promise. I'd really like to see Justin Trudeau resign over his constant policy enacted insincerity, but Jagmeet Singh will have to prop him up one more time. The alternative is a Conservative government of some kind. That would be dreadful.

If we are stuck with the

If we are stuck with the status quo Liberal/Minority governance, the Liberal Caucus will be justified in rebelling against the inept, tone deaf, leadership of their Party. Liberals in Canada should never be the sheep following a plutocratic pied piper. The times call for wise herd matriarchs whose mission in life is to protect and guide their families. There are some very suitable candidates - some of whom left the herd to pursue more useful and fulfilling roles. I could name at least three off the top of my head.
Come on Liberals use your brains, your survival instincts - Time for a leadership convention.