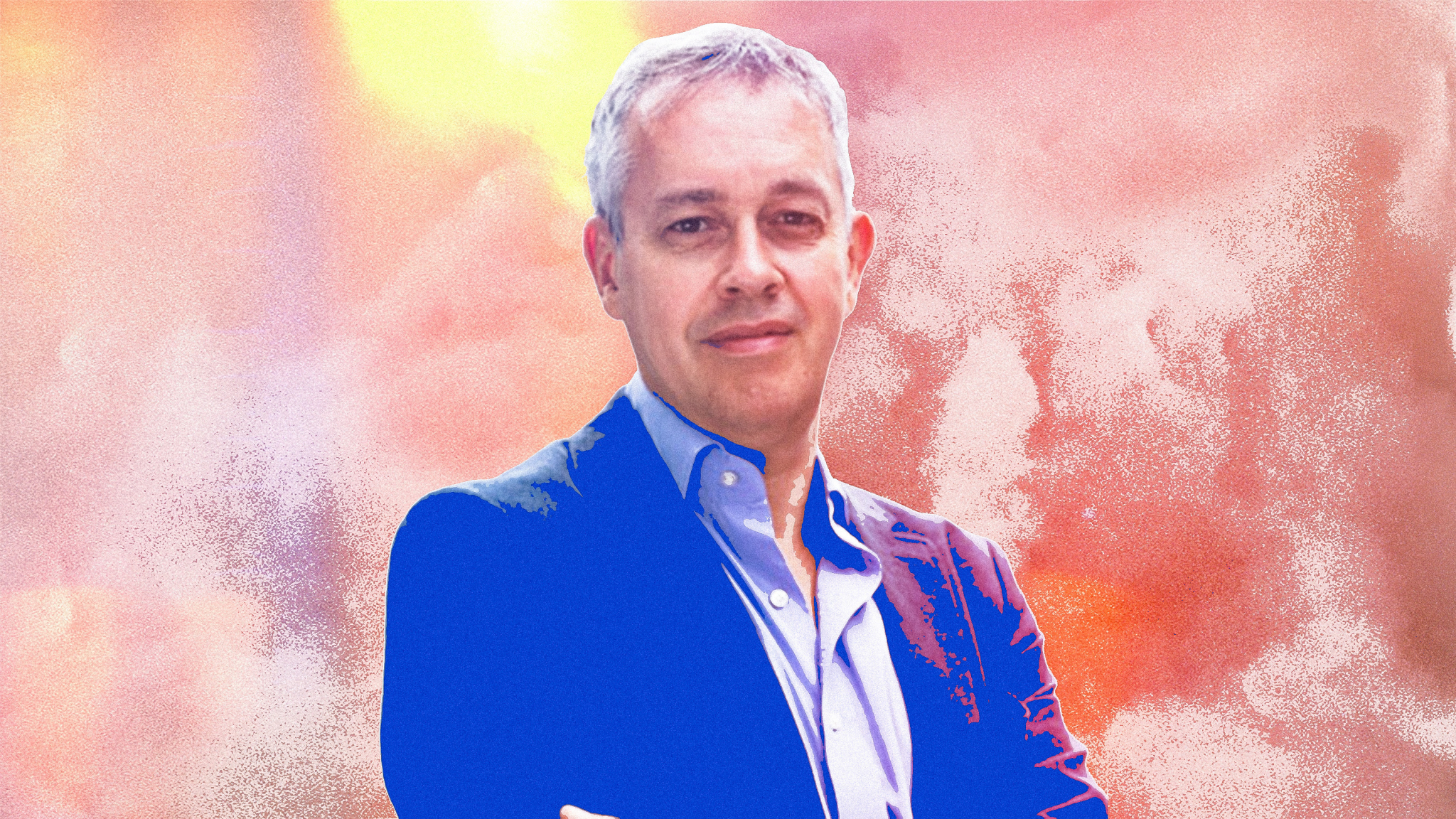 "Canada can get off of funding and its dependency on fossil fuels, and it does not really affect the overall shape of the Canadian economy." Photo courtesy of Mark Campanale, illustration by Lev Krag
Previous story
Next story

Canada’s banking sector is at a crossroads when it comes to climate change.

To stop catastrophic global warming, the world must phase out the use of fossil fuels like coal, oil and gas as quickly as possible. But that transition will come at a cost: fossil fuel investments take many years to recoup, and a steep phaseout will mean assets — like an oilfield with decades of working life left — lose value quickly, which in turn would lead to lost money for investors, including banks. Ultimately, this is a question of cash or climate, but understanding the real risks posed by shifting away from fossil fuels is critical for a smooth transition.

So, too, is understanding the risk of staying the course. There’s a mountain of evidence climate change will wreak havoc on the planet, threatening investments everywhere as worsening natural disasters destroy everything from infrastructure to food production to people’s homes. Banks realize they must play a role in preventing the worst climate impacts from happening if they want to protect their other investments — in real estate, transportation, agriculture and more.

Canada’s banks are very exposed to the fossil fuel sector. The big five — RBC, BMO, TD, CIBC and Scotiabank — have pumped hundreds of billions of dollars into coal, gas and oil companies since the Paris Agreement was signed. Meanwhile, a recent study from Canada’s financial regulator looked at the 10 most emissions-intensive industries and found just six financial institutions — RBC, TD, SunLife, Manulife, Intact Financial Corporation and the Co-operators Group — would lose a total of $239.3 billion if the companies they loaned to defaulted on payment. Add in other major financial outfits, like banks, insurance companies and pension funds that are similarly exposed to fossil fuels, and suddenly the scope of the problem becomes dizzying.

Carbon Tracker is a London, U.K.-based think tank founded on the premise that if we are going to hold global warming to the Paris Agreement’s goals, we must stick to a global carbon budget. The organization focuses on aligning capital markets with a climate-safe future, recognizing the hazards of climate change are usually not integrated into financial risk calculations. In practice, this means Campanale and the Carbon Tracker team regularly field questions from banking executives looking to understand the risks to their investments in an energy transition.

Campanale spoke with Canada’s National Observer to offer his thoughts on the challenge Canadian banks face and what their options are.

The interview has been edited for length and clarity.

"The message I think people need to hear is that Canada can get off of funding and its dependency on fossil fuels and it does not really affect the overall shape of the Canadian economy," says @CampanaleMark of @carbonbubble. #cdnpoli

Can you tell me about the work Carbon Tracker does and how it would apply to Canada’s fossil fuel industry?

At Carbon Tracker, we analyze a model of all the world's current and future planned coal, oil and gas production, including Canada's. We try to differentiate between the world's highest-cost producers and lowest-cost producers of fossil fuels, and then we look at the carbon budget. How much fossil fuel can be produced before we go over 1.5 C? That tells us which projects are in or out.

If you take the top slice of the highest-cost projects and lose them, then the world is left with a lot of low-cost producers, a lot of them in the Middle East. That obviously affects Canadian producers. Then we can tell company by company which of their projects are not viable in a 1.5-degree world.

Thinking about exposure, is the risk for Canadian banks or fossil fuel companies around stranded assets — essentially, not getting back the money you invested?

Yeah, it's not getting the return on capital that they anticipated. So right now, with (oil) prices at $100, everyone is going, "Let's produce as much as we possibly can to sell at $100, and by the way, let's go ahead with investing in projects that won't deliver oil for maybe another five or 10 years," hoping that oil prices will be as high still in five years or a decade's time.

Our view is that the climate regulation, the speed of the energy transition, means there's a lot of production that's being planned that won't be needed. Last month, we published a report where we scrutinized the investment plans of the world's largest oil and gas companies and discovered there would be around US$500 billion of stranded assets from investing in projects that are unneeded. This was testing against 1.6 C, not even 1.5 C, so it was quite conservative.

If you look at what Canadian banks do by actions, not by words, what you discover is that they continue to fund a lot of fossil fuel production. They're heavily ingrained, or heavily embedded, with the fossil fuel system.

How do you align global capital markets with a global carbon budget?

That's not an easy one, but let's try to unpack it.

Then you've got what's called reserves-based lending, which is deeply problematic, where an oil company can go to a bank and say, “I've got a billion barrels of oil, each barrel is worth $100, loan me a billion dollars.” Then the bank will go, “We'll lend against the value of your reserves.”

What’s the best way to figure that out?

The International Energy Agency's 1.5-degree, net-zero scenario said no new investment is needed anywhere in any new oil and gas. They didn't say you don't need funding for existing oil and gas because you need (it) for care, operation and maintenance. So when banks speak with us, they ask us: Which of the companies do we lend to that we should start to unwind our funding or withdraw from?

For me, the IEA test is the main test. If any of those companies are saying, “We're looking for finance for these new projects,” or an oil and gas company is looking to list on the New York Stock Exchange or the London Stock Exchange to raise capital to continue to develop new projects, that's where the relationship with the banks, in my view, has to end. That's where the test is.

Now, as the banks gradually withdraw from funding fossil fuel companies, you'll see the financial system begin to align itself with 1.5 degrees, because today, as we know, it isn't. You've probably seen the headlines, like I have, that $1.5 trillion worth of coal was funded through the global banking system in just the last few years. So to be aligned with the climate science, it ultimately has to mean withdrawing from funding the primary production of coal, oil and gas.

What would it mean for the Canadian economy if a sharp contraction happened?

Well, let's put it in context because I don't want to be overly dramatic about it. For the fossil fuel-dependent banks, I think it's a problem. But for the size of the Canadian economy as a whole, even though Canada is the world's fourth-largest producer of oil and gas, it's still five per cent of the GDP of the Canadian economy.

The message I think people need to hear is that Canada can get off of funding and its dependency on fossil fuels, and it does not really affect the overall shape of the Canadian economy. The 95 to 96 per cent of the Canadian economy that's not dependent on the production of fossil fuels is going to be just fine. It's the five per cent that is dependent that's going to be worried.

“…for the size of the

Clarification needed: Is 5% just the oil, gas and coal sales $$? Or does 5% include the economic multiplier of running that 5% through the rest of the economy as groceries, clothes for kids, mortgage payments, etc?
I suspect that it is the former - 5% of GDP - in which case, the hit is going to be considerably bigger. for Joe Paycheque.

GDP is a measure of total

GDP is a measure of total economic activity. It's imperfect. It doesn't differentiate between various ethical dilemmas that generate revenue (eg. cleaning up oil spills ...) and legitimate economic growth initiatives. However, it is one of the most common generalized and levelling calculators.

Before the 2014 world oil price collapse, the entire Canadian oil industry averaged just 8% of total annual GDP. Alberta's contribution was on a high of just ~6% at that time. During the 2016-19 oil price recession Alberta's share was under 4% (source: Bank of Canada). I'm not sure what to make of the 5% figure in the above article (Alberta's share only, or accounting for the recession?) but an important observation stands up to scrutiny: Canadian fossil fuels have played a minor single-digit percentage role in the economy for a long time.

What I like about this analysis is that it draws attention away from the squeaky 5%-8% wheel to the vast 95% diversified majority of the Canadian economy, as measured by GDP. When carbon industry promoters start pontificating about oil being THE economic engine of the nation, they are surprised to learn that the economy of Greater Toronto alone generates as much wealth as the entire province of Alberta in good times - oil and all. Canada's six largest cities generate half of the annual wealth of the nation, about a trillion bucks a year.

It's also interesting to note in these times that Canada's two trillion dollar economy is a large as all of Russia's, but with just 27% of the population.

I would presume the GDP numbers include the multipliers that carbon energy generates, just as they do the hydroelectricity and nuclear brings to cities. The beauty is that the economy can be decarbonized with electrical replacements without affecting GDP much either way, but that doesn't suggest that wrenching change isn't necessary in. some sectors. Export corporations and governments who are dependent on fossil fuels for direct revenue would, of course, disagree.

Great read and well written.
The #1 thing I and going to hound on is the subsidizing for the fossil fuel industry.
I know many other areas such as Pork, Dairy, Lumber, Fisheries...need to have subsidies, but the Oil and Gas is a bridge too far.
We will need Oil and Gas for Mfg. for years to come it is the burning of oil for heat and the manufacturing of electricity is what needs the laser focus, not just the oil and gas industry as a whole.