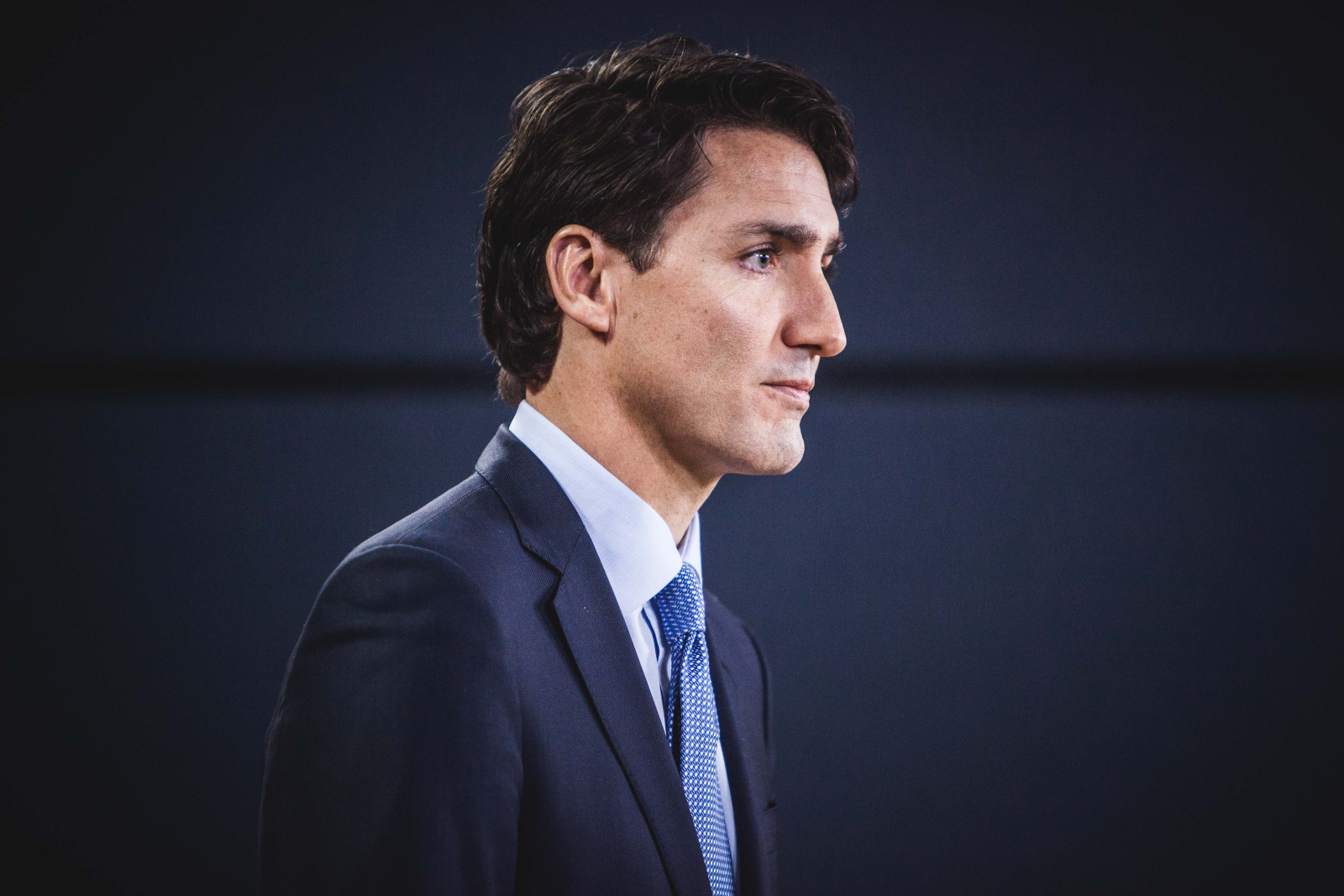 Photo of Prime Minister at a news conference in Ottawa on Dec. 12, 2016 by Alex Tétreault
Previous story
Next story

Justin Trudeau admitted Monday that he gets lobbied on government business when he's the featured draw at Liberal party fundraisers.

But the prime minister insisted he doesn't let donors influence him on government decisions.

"Any time I meet anyone, you know, they will have questions for me or they will take the opportunity to talk to the prime minister about things that are important to them," Trudeau told a year-end news conference.

"And I can say that in various Liberal party events, I listen to people as I will in any given situation, but the decisions I take in government are ones based on what is right for Canadians and not on what an individual in a fundraiser might say."

Prime Minister Justin Trudeau tells reporters at a news conference on Dec. 12, 2016 in Ottawa that there was nothing wrong about Liberal party donors speaking to him about policy at fundraisers. Video by Alex Tétreault

A spokesman for the prime minister later denied that the conversations Trudeau described constitute lobbying, in the legal sense of the word, and stressed that Trudeau only listens to what is said and doesn't engage in public policy discussions.

Nevertheless, Trudeau's admission only added fuel to the firestorm that has been raging for weeks over so-called cash-for-access fundraisers, where donors pay up to $1,500 to the party to attend events featuring Trudeau or one of his ministers.

Interim Conservative leader Rona Ambrose noted that the Liberal party's interim national director, Christina Topp, last month sent a letter to all cabinet ministers and parliamentary secretaries, reminding them of the lengths to which the party goes to ensure there is no appearance of conflict of interest at fundraising events.

Among other things, Topp said any donor "who wishes to initiate a policy discussion is immediately redirected to instead make an appointment with the relevant office. ... Fundraising events are partisan functions where we do not discuss government business."

"That actually sounds like the way it's supposed to work," Ambrose told the House of Commons.

"But the prime minister has now thrown his national director under the bus. Now he brags openly about discussing government business at fundraisers."

And it's not just Topp under the bus, New Democrats noted. Late last month, deflecting questions on the cash-for-access controversy, Fisheries Minister Dominic LeBlanc told the Commons: "Our colleague knows very well that at events like this, government business is not discussed."

NDP MP Ruth Ellen Brosseau pointed out that discussing government business at fundraising events flouts not just the Liberal party's supposed rules but the guidelines for ethical ministerial conduct crafted by Trudeau himself in a document entitled, "Open and Accountable Government."

That document specifies that "there should be no preferential access to government, or appearance of preferential access, accorded to individuals or organizations because they have made financial contributions to politicians and political parties."

Allowing donors to pay for access to lobby the prime minister or a minister "looks like corruption," Brosseau said.

A wealthy Vancouver businessman who attended a fundraiser last month has said he attended precisely to lobby Trudeau on a number of issues, including investment by a Chinese insurance firm in Canadian seniors' care facilities, relaxing immigration restrictions on Chinese investors and easing the rules on investment by foreign real estate developers.

Marijuana activists have also said they paid to attend a Toronto fundraiser featuring MP Bill Blair, Trudeau's point man on legalization of pot, to lobby him on that issue.

In his news conference, Trudeau repeated the government's standard defence: that federal parties are subject to some of the most stringent political financing rules in the world and the Liberal party follows all the rules. Those rules include open and transparent disclosure of donations.

Trudeau shrugged off the fact that the fundraising events he's attended — some staged in the private homes of wealthy supporters — are not open to the public. That's no different than many other meetings he has, where people lobby him on various issues, he said.

"There are many, many events that I hold — whether it's with municipal leaders, whether it's roundtables with small business owners or business leaders, where it's meeting with first responders and security officials across the country — that aren't public events, that are events where we talk about the issues that matter to Canadians. And this is a government that is extraordinarily open to multiple perspectives," he said.

"And at no point (does) attending a fundraiser give a particular or special access on policy to anyone."

Some critics of Liberal fundraising practices have argued that one way to avoid the appearance of cash-for-access is to cap the maximum for individual donations to a party at a few hundred dollars or less. The maximum is currently just over $1,500.

That would entail reinstating the per-vote public subsidy to parties or finding some other way to compensate them for the loss of donations.

Asked about reviving the subsidy, which was phased out by the previous Conservative government, Trudeau repeated Monday that he's open to suggestions for strengthening Canada's political financing regime.

Rona Ambrose is ill placed to

Rona Ambrose is ill placed to criticize other parties' fundraisers, since it was her party under Stephen Harper who abolished the per-vote subsidy that used to support all political parties on a vastly more equitable basis.

Agreed. The hypocritical finger pointing between Parties is just staged theatre meant to distract voters from understanding that they are all the same sleazy, unethical, dishonest, sociopaths, regardless of Party. Since the Parties only select the ones addicted to their Kool-Aid for candidacy, they run the government. We need to abolish political parties, not funnel more tax dollars to them.

The whole fuss takes our

The whole fuss takes our minds off the fact that they don't need to lobby him because the decisions have already been made. They are valuing our ports and airports for sale, creating a fund to privatize our infrastructure, preparing to let Chinese corporations run BC seniors homes, passing legislation to bring in a trade agreement that favours corporations, OKing a pipeline which goes through the heart of one of our biggest cities. What's left to lobby for. And the main stream media focusses on cash for access and so do the parliamentarians, and nobody is covering or analyzing this other stuff. Make Rona Ambrose happy too I expect.