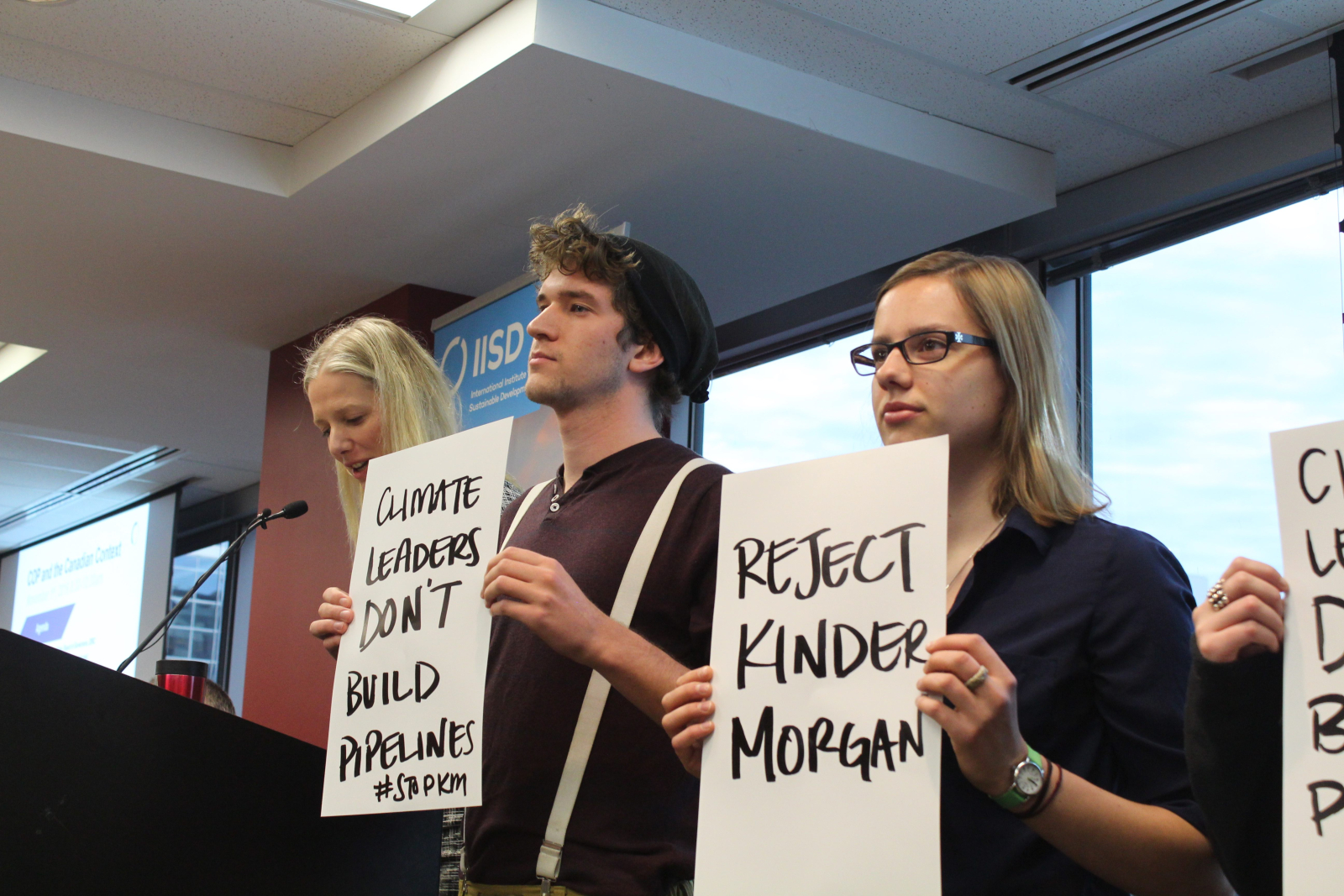 We were said to have left behind the relics of a decade of environmentally gutted Conservative leadership. That scrapped environmental legislation, heavy collusion between politicians and the fossil fuel industry, diluting credibility of Canada's National Energy Board (NEB), and murky masses of fossil fuel subsidies were remnants of the past. Instead, the Liberal era would be one of climate hope, of revamped environmental assessments, tossed pipeline proposals, fossil fuel subsidy phase-outs, and renewable energy landscapes.

But COP22 — the next United Nations climate change summit scheduled to start this month in Morocco — is around the corner and it seems Prime Minister Justin Trudeau is standing on a teeter totter.

The trend in Liberal climate politics has been nothing short of confusing. The Canada that is supposedly "back" on climate change has approved a $36 billion dollar liquefied natural gas (LNG) export terminal on British Columbia's coastline, received advice from the NEB that recommended approval for the Kinder Morgan Trans Mountain crude oil pipeline expansion project, approved the environmentally controversial Site C Dam in British Columbia, met with six of the top fossil fuel companies 326 times in the past year (according to the Office of the Commissioner of Lobbying of Canada), and kept in place the half-hearted climate commitments of the Harper era (30 per cent emissions reductions below 2005 levels by 2030).

Against the flow of these climate downfalls however, the Liberal government announced a new carbon pricing scheme earlier this month to curb emissions, beginning at $10 per tonne in 2018 and scaling up to $50 per tonne by 2022. Reactions have been mixed. Ministers from Newfoundland and Labrador, Nova Scotia, and Saskatchewan walked out of the meeting hall following Trudeau's announcement, stating these taxes would impede upon provincial economic growth.

Critics, however, such as Green Party Leader Elizabeth May have said the carbon price is much too low to effectively curb emissions, especially given that provinces such as British Columbia have already set their carbon prices at higher rates. The carbon tax certainly pales in comparison to the $3 billion plus that are doled out by Canadian taxpayers to subsidise the fossil fuel industry annually.

These federal decisions seem pulled in different directions. Canada has now signed the Paris Agreement but is pouring exponentially more money into fossil fuels than carbon sanctions, stifling the competitiveness of renewable energy markets. It is touting a new dawn of climate action yet a large scale LNG project has been approved on Lelu Island and the Kinder Morgan Trans Mountain pipeline expansion project, which would transport 900,000 barrels of crude oil daily between Alberta and British Columbia, rumbles to the brink of decision day. The patterns are perplexing.

While the Liberals seem to be taking climate steps in very divergent directions, civil society however, appears to have it much more clear. Mobilizations continue to mount against extractive projects such as the Kinder Morgan pipeline. Hundreds of protesters flooded Parliament Hill on Monday in solidarity with Coast Salish Indigenous Nations to demonstrate their resistance to pipeline expansion.

Creeping up through this foreground however, is the Comprehensive Economic and Trade Agreement (CETA), a trade deal between Canada and the European Union whose seven year negotiation period appears to be coming ever closer to finalising. While a lengthy holdout from the Wallonia region of Belgium delayed this process greatly, the region has now stated they support the EU-Canada trade deal. A total of 98 per cent of the tariffs between the EU and Canada would be eliminated under this scheme.

The climate implications of this trade deal, are of course, infinite. To name just a few, CETA would allow private companies to sue governments whose policies have the potential to limit their profits. Such an instance already arose in Quebec given their former fracking moratorium. A larger international market for tar sands and could also lead to increased export of this environmentally devastating fossil fuel.

This trajectory therefore paints an unclear path. While government rhetoric and carbon pricing schemes indicate there may be a positive shift in climate planning at the federal level, the approval of large scale industrial projects and the imminence of the CETA trade deal paint a starkly different picture. With COP22 in Marrakesh only weeks away, it is difficult to predict which trend will triumph. One can only hope that the former is favoured, and mobilisations will most certainly continue to make sure this is the case.