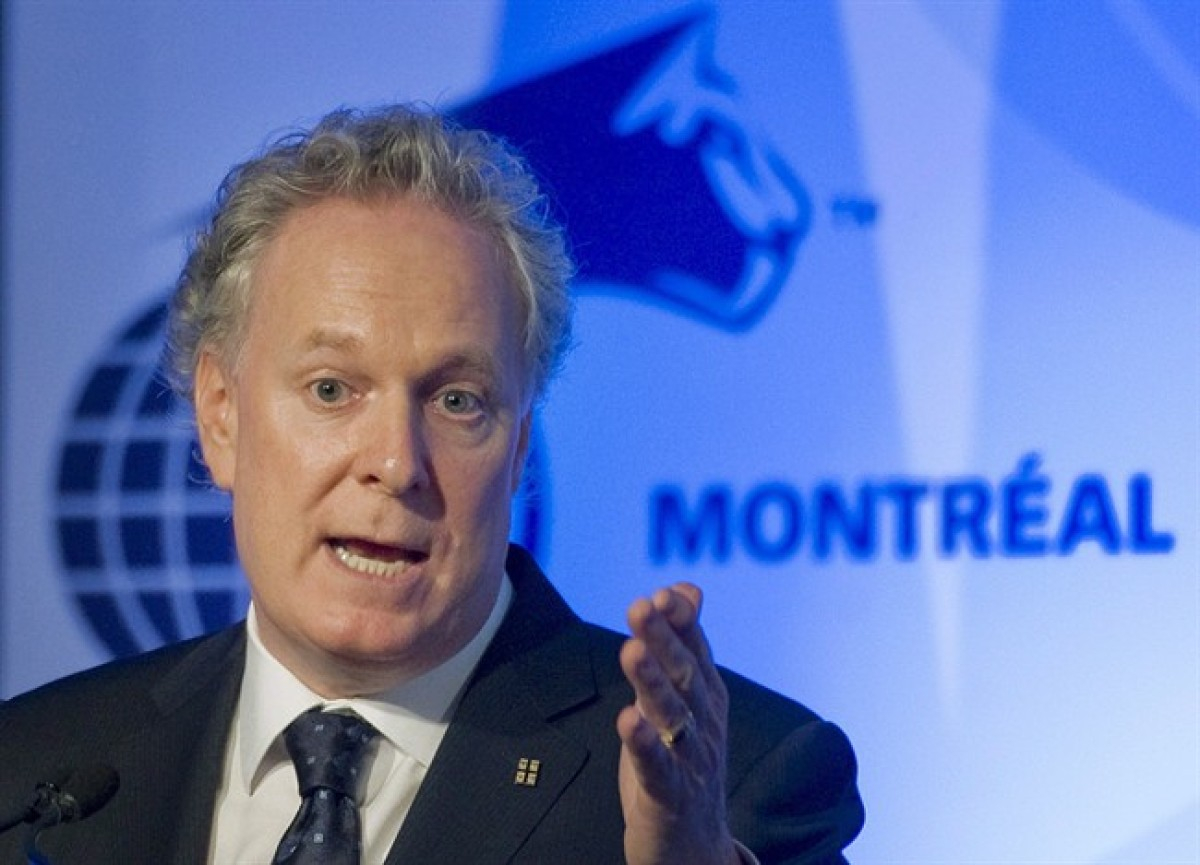 Former Quebec premier Jean Charest is at the heart of a controversy surrounding hearings on the Energy East pipeline project. File photo by The Canadian Press.
Previous story

Mr. Charest played a starring role in the meltdown of the Energy East pipeline hearings, suspended following "The Charest Affair." His image makeover required a compliant media to avoid tough questions and bring out the lighting and glamour — CBC provided it all to the former premier and pipeline lobbyist.

Canadians still don't know the full story behind Charest, TransCanada and the NEB. But in the past week alone, two flagship shows at CBC featured interviews with the former Quebec premier, and avoided the question entirely.

This is a broadcaster that is funded with your own tax dollars, resurrecting a badly tarnished public official, providing him a new persona, after accusations of conflict of interest swirled around him only one short month ago.

Coddled by the establishment, Charest could play the role of elder statesman commenting benignly on international affairs, the artistry of soft journalism and the camera covering over gaping wounds.

You know this is why we need to support independent journalism.

Because the legacy outlets just won't get to the bottom of stories like this. If we leave it up to them, they'll let public attention wander.

You know how quickly the public can forget, particularly when aided and abetted by a revenue-starved media, gorging on clickbait from the American election.

You'll remember that Charest met privately with the National Energy Board while he was on payroll to pipeline giant TransCanada — that story contains mysteries and chapters that have yet to be told, mysteries that might have been solved in the interviews with CBC's As It Happens, Radio-Canada's political show, Les coulisses du pouvoir and the National Post where Charest was invited to sidestep the pipeline disaster and ruminate about Canada's new free trade agreement with Europe.

Of course, Charest is widely considered to be one of the architects who helped spearhead the talks that led to this weekend's agreement and has much to offer on these issues. Fair enough.

But why didn't reporters from these media outlets take the opportunity to also ask him about the pipeline lobbying fiasco?

That fiasco led to a boisterous police confrontation in Montreal, the temporary shut down of federal hearings into Energy East, and caused the chairman of the National Energy Board and the panelists to recuse themselves. A big deal. But you'd never know it from the interviews this last week.

Charest hasn't made a lot of public appearances since the Energy East meltdown. He hasn't addressed the issue yet, or answered any questions.

Our readers, particularly those in Quebec, would have loved to hear Charest comment on the debacle.

Since Charest has remained quiet since July, when National Observer first reported how Charest gave the national pipeline regulator some secret political advice on how to convince Quebecers to accept the new pipeline, it would have made sense for at least one question to have been asked. But sense was absent. Just like waiting for journalists to ask the American candidates even one question about climate change through three debates, the moment never came.

The federal New Democrats have called on Parliament's lobbying commissioner to investigate the Charest Affair. The regulator even pro-actively turned over its records about the meeting to the lobbying czar.

To this day, TransCanada, Mr. Charest's former employer, hasn't answered a simple question: Did any of its other employees know about the meeting?

But the old media outlets in Canada, and even the relatively young Huffington Post Québec, avoided the big oily elephant in the room.

And, you know, powdering Mr. Charest didn't remove the shadow of the Energy East affair. It wasn't journalism in the public interest. It's not up to journalists to repair the reputation of a public official, particularly one who hasn't answered for his actions in the service of a billion-dollar company determined to build 4,500 kilometres of pipeline across six provinces.

In the wake of a major scandal that's caused the entire Energy East pipeline panel to be replaced, no one even brings up the topic when he comes back into the public eye?

And Charest wasn't the only

And Charest wasn't the only old Tory that the CBC dusted off to wax poetic on the CETA; our "national broadcaster" also featured Brian Mulroney, the architect of the Canada-US trade deal that became NAFTA. How anybody can believe that charlatan is quite beyond me, but, like Charest, the CBC has granted Mulroney a totally-undeserved credibility by appealing to him as not only an "expert", but as the spokesperson for the real truth on trade. At no point did the CBC bring in a real expert to challenge Lyin' Brian's assertions that NAFTA has been a wonderful boon to Canada and Canadians. So...why isn't Trudeau dumping those Harper-appointed CBC Board members? Could it be that he likes the national broadcaster as the mouthpiece of his government? Scary times...

The National Observer leads by example - other media conspicuously identify the truth and importance of issues by the absences of same in their reporting.
If one believes that network and nationally funded media actually report what we should know, what we need to know, and the way it really is, then one is gullible, delusional, or terribly naïve.