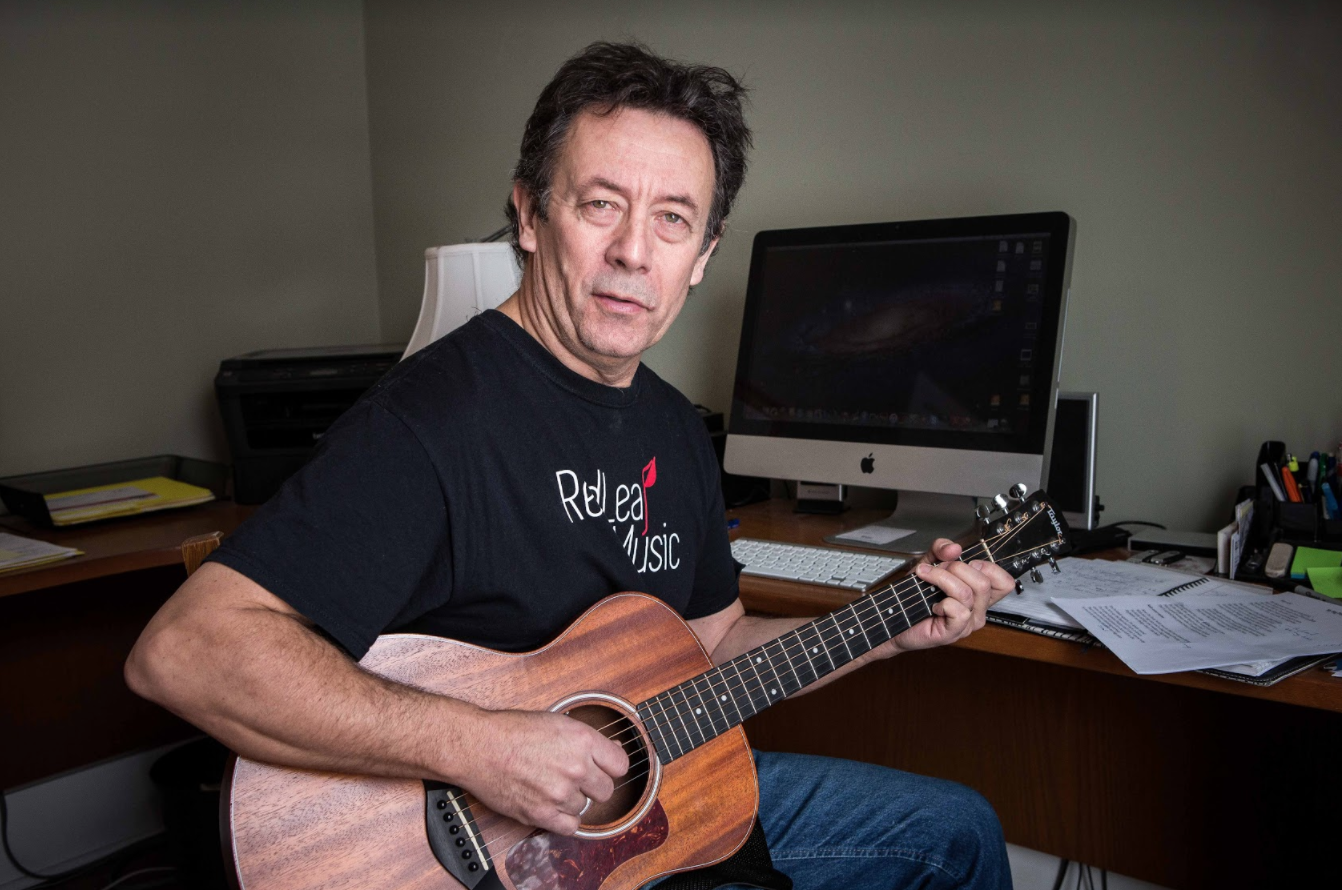 Tony Turner, a former Environment Canada scientist, was thrust into the national spotlight during the federal election campaign in 2015 for his viral performance of 'Harperman.' Photo by Alex Tétreault
Previous story
Next story

What ever happened to Tony Turner, the toe-tapping federal government scientist who wrote and performed the political ballad, Harperman?

You may remember the whimsical tune calling for then Conservative prime minister Stephen Harper to take his “pawns” and “get out of town,” in a YouTube video that went viral with more than 775,000 views during the 2015 election campaign.

It’s been more than a year since that video thrust Turner into the national spotlight, but the retired Environment Canada researcher — who was suspended from work because of the song — is at it again. He’s now working on a political protest song for U.S. President Donald John Trump.

A "disturbing" level of uncertainty

Turner doesn't write a political protest song about just anybody. It takes a certain amount of societal disaccord, he said, and a series of political blunders that 'strike a chord' (no pun intended) in his musician's heart.

In the 16 months since his retirement from life as a public servant, he has turned down requests to write about everything from the British monarchy to Saskatchewan Premier Brad Wall. It took nearly 10 years of Harper, he added, but only 10 days of Donald Trump.

“Ten days (into Trump’s presidency), I started to get that same kind of Harper feeling,” Turner told National Observer. “Every week there’s something else. The uncertainty, the unpredictably — that’s disturbing."

The song, to be co-written with Guelph musician James Gordon, is still months from completion, but will include at least six verses, said Turner. It will use the Harperman 'formula,' he explained, which makes it easy for anyone to sing along without knowing the words, and add in their own verses.

Stirring the pot south of the border

Harperman, memorable for its chorus of smiling protesters and stingingly accurate but amusing lyrics, was performed first on the national stage by Turner and his choir in June 2015. It was quickly replicated by civil society groups, communities, and activists at protests all over the country, translated into French, mocked up with a Simpson's cartoon, and turned into a rock song.

While Turner doesn't think his ditty necessarily had a tangible impact on voting results, he believes it helped unify those who were unhappy with Harper's government. He hopes 'Donald John,' to be released on video this spring, will have a similar impact south of the border and can used in presidential protests across the U.S..

"People are going to get tired of wondering what this man’s going to do every time they wake up in the morning," said Turner." Over time I think it will wear on Americans."

He emphasized that everything, including the 'Donald John' tagline, is still subject to change, but offered National Observer a sneak preview of the lyrics:

This is the first time Turner has spoken with media about his intention to write a protest song about Trump, but not the first time he has mocked the U.S. president in public. Over the holidays, he used the tune of Frosty the Snowman to write a parody called, Donald the Doughman, which takes aim at the celebrity Republican businessman's wealth, "orange glow," and alleged proximity to Russian President Vladimir Putin.

That performance was not recorded, but he recreated it for National Observer. Since writing Harperman in 2015, he said he has paid more attention to the news and come to appreciate the role of media in supporting a healthy democracy.

"You might think because I wrote that song I was always politically aware... but I wasn’t an activist per se," he explained. “I really recognize the importance of media in actually helping any kind of movement like that, in helping voices of dissent get out there, which is really what you want.”

Harperman singer-songwriter Tony Turner performs his rendition of 'Donald the Doughman' from his house in Ottawa on Tues. Feb. 14, 2017. Video by Alex Tétreault

Turner has written songs about the Panama Papers, Rob Ford, and the decimation of wild buffalo in the Prairies, and over the last year, he said Canadians have been asking him for songs about Prime Minister Justin Trudeau, Ontario Premier Kathleen Wynne, Conservative leadership candidate Kevin O'Leary, and others.

He doesn't think it's "the right moment" for another big political tune on Parliament however. It's still early days for the Trudeau administration, he said, and while thousands of Canadians are furious with the Liberal leader's broken promises on pipelines, electoral reform and indigenous consent, thousands are still satisfied with his progress.

But Harperman is still very much a part of his identity, he added, and while he's busy working away on 'Donald John,' he'd like to consider taking on a new role in Canadian public life. He'd like to become an advocate for free speech within the public service.

"I don’t regret anything about the whole Harperman experience, other than the fact that I wish I had spoken out after they suspended me and been a spokesperson right from the get go," he explained. "I was silenced for eight weeks, I was co-operating with their investigation and my union said 'Don’t do anything provocative,' so I just don’t think I was brave enough to do that with all the different advice I was getting."

After Turner's video went viral, he was suspended with pay by Environment Canada for allegedly breaching the federal government's values and ethics code for public servants. Rather than waiting for the results of that investigation however, Turner took an early retirement. He has since filed a grievance for that suspension, but it could be another year before the grievance is heard by a labour board adjudicator.

Turner spends his time watching movies, preparing for his family's move to the West Coast, and playing with his country swing band, the Shirt Tearing Boys. Asked if he ever worries that he hurt Harper's feelings, he laughed.

"He’s heard a lot worse things from the Opposition benches than whatever he heard from me," he said, smiling. "One thing I decided when I wrote the song was that I didn’t want to make it personal... So if he wept because of the facts — some of which he would agree with, like bigger prisons tough on crime — that was his policy."