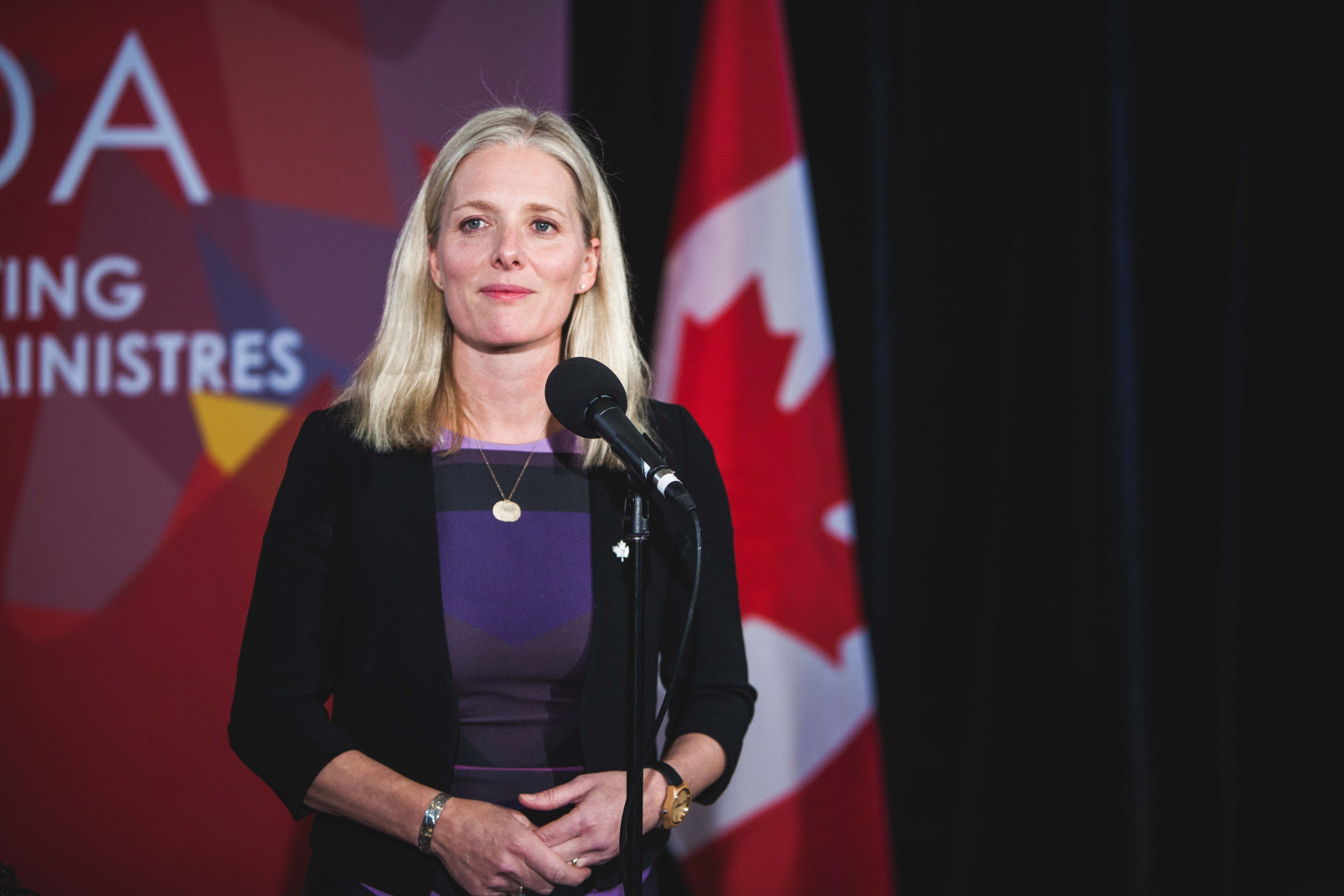 The Trudeau government has just given a clear signal to the Trump administration that it plans to defend the Paris agreement to combat climate change, earning praise from analysts and an industry representative. Still, questions remain about the fate of Obama-era regulations and joint emissions reduction commitments.

Since President Donald Trump's election in November, Canadian ministers have made the trek southward to introduce themselves to the new administration, but Environment Minister Catherine McKenna has been "noticeably absent," according to The Canadian Press. Foreign Affairs Minister Chrystia Freeland met U.S. Secretary of State Rex Tillerson — a former boss of ExxonMobil — but declined to say whether she had pressed the former oil industry executive about climate change. Prime Minister Justin Trudeau's meeting with Trump himself on Feb. 13 failed to produce an explicit reference to the Paris agreements.

On March 1, McKenna raised the issue with her U.S. counterpart, according to a readout of the conversation released by the Canadian government. McKenna's push comes as the European Union is pressing Canada to defend the Paris plan against "geopolitical uncertainties."

In her first conversation with U.S. Environmental Protection Agency Administrator Scott Pruitt, McKenna is credited with emphasizing “Canada’s commitment to meet its obligations under the Paris Agreement, address climate change, and to take advantage of the economic opportunity offered by the global market shift toward clean growth.”

Pruitt, who has called the science behind climate change “far from settled,” and has vowed to slash water regulations as his boss floats plans to cut climate change programming to the bone, was not credited in the readout with addressing the Paris deal.

Instead, the minister and administrator are shown to agree on the importance of “the broader Canada-U.S. relationship” including trade ties, building on joint “environmental cooperation” over air and water quality, and “protecting the environment while growing the economy and creating middle class jobs.”

"Stakeholders are trying to understand where the U.S. will go on climate"

“I was really happy to see the minister is reconfirming Canada’s intention to move forward with the Paris agreement goals, and bringing that up directly with the new administration,” said Erin Flanagan, program director for federal policy at the Pembina Institute, an energy-focused non-profit organization.

“In Canada, the U.S. and around the world, [non-governmental organizations] and frankly lots of different stakeholders are trying to understand where the U.S. will go on climate."

There's a lot on the line, Flanagan said, given Canada-U.S. collaboration on oil and gas regulations, including the commitment to reduce methane emissions by 40-45 per cent below 2012 levels by 2025; as well as a Canada-U.S.-Mexico plan to reduce greenhouse gas emissions from light and heavy-duty vehicles by aligning fuel efficiency by 2025 and emission standards by 2027 and air pollutant emissions standards by 2018.

“Those policy commitments that we saw at the North American Leaders' Summit last year are quite important in terms of Canada getting on track for its targets," she said. "We want to ensure that those are still advancing and that there are conversations that are still occurring between the two governments."

The conversation demonstrates the different roles that the EPA, primarily a regulatory and research body, and Canada's federal environment department, with a full prime ministerial mandate, can play, said Warren Mabee, director of Queen's Institute for Energy and Environmental Policy.

If Washington weakens regulations on air, water and energy, Canada could be facing pressure to reduce its own regulatory burden, said Mabee. "It will be important for McKenna to anticipate this and to develop the government’s strategy in response."

At the same time, older technology is passing away, he noted. Hundreds of coal-fired power generators have closed in the U.S. in recent years, for example, so "Pruitt may find himself fighting yesterday’s battles."

In December, Trudeau said that if the U.S. steps back on the issue of climate change, it would be “an extraordinary opportunity for Canada and for Canadians” to attract green-friendly investors. But Trudeau has also faced criticism from American environmentalist Bill McKibben over “having great talking points on climate” while still approving oil pipelines.

"We have to be staying close to the provinces"

Derek Nighbor, president and CEO of the Forest Products Association of Canada (FPAC), which represents wood, pulp and paper producers, said he was encouraged to hear about McKenna talking to her U.S. counterpart, pointing to FPAC’s commitment last year to remove 30 megatonnes of carbon dioxide per year by 2030.

He said it was important to keep an eye on the contribution of provinces to the fight against climate change.

“We have to be staying close to the provinces as they roll out their schemes, whether they be cap and trade or carbon tax, just to be sure that in addressing this problem that needs to be addressed, we’re not going to be seeing any unintended consequences of bad policy for the economy,” he said.

He said it was “a wait-and-see” situation when it comes to the fate of Canada-U.S. and North American emissions reduction commitments because of how many issues were at play between Canada and the U.S.

“We’ve got two things: number one, what can we do in Canada to do our part to combat climate change?” he said. “The practical thing we also have to deal with is: what happens if the U.S. goes down the path that the president’s talked about and doesn’t come on board [climate change reduction commitments], what does that mean to industry’s competitiveness, as far as North America goes?”