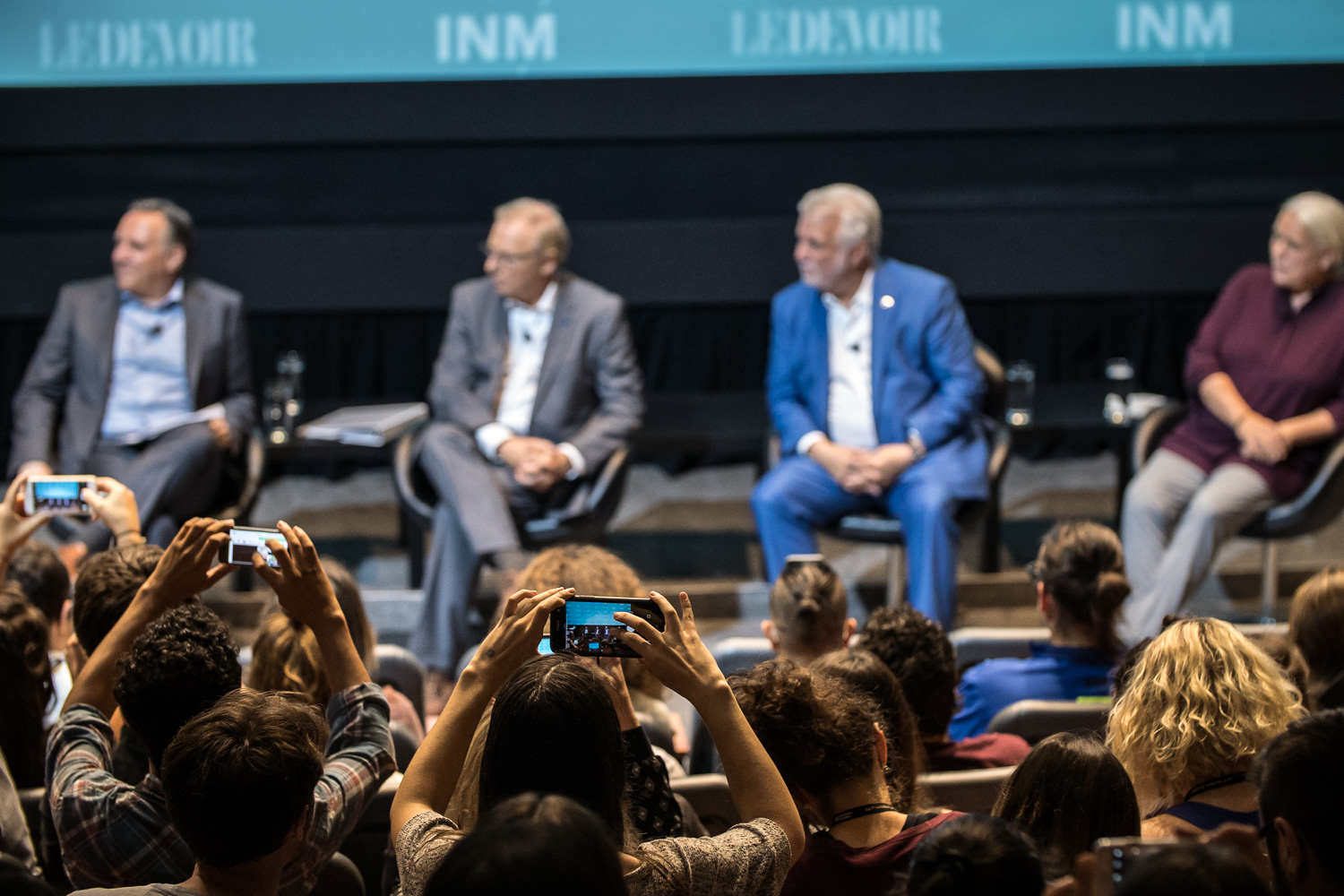 Liberal Leader Philippe Couillard said families with children under the age of 18 will get an extra $150 to $300 — per child, per year and tax-free — depending on family income.

Couillard also wants to introduce other measures designed to improve the work-life balance for families, including 2,000 more subsidized daycare spots to be opened in educational institutions and companies.

Quebec families, he noted, have access to the most generous social programs in the country but often have to scramble around and are strapped for time. The estimated overall cost of the measures is about $380 million.

"In our next term, a Liberal government will offer more time to families, more facility in order to balance work, life and studies because we have young parents in universities and cegeps (junior colleges) who need attention," Couillard said.

Meanwhile, the Coalition Avenir Quebec pledged to do away with the province's long-term care facilities to replace them with more modern seniors' homes with better amenities — a 20-year project it says will involve an initial investment of $1 billion.

Legault described the plan to replace the care facilities as a generational one that will take until 2038 to complete.

The new homes would include between 70 and 130 units, while at least 30 new facilities would be built from scratch following consultation with users, staff and architects.

The Coalition estimates the first phase would cost $1 billion in fixed assets and an additional $245 million a year in operating expenses. A Coalition government would not build any more of the long-term care facilities, known colloquially in Quebec as CHSLDs.

"I think it's very realistic," Legault said. "We owe that to our seniors."

The Parti Quebecois, meanwhile, proposed Friday that parents be given a choice when it comes to school supplies by asking schools to offer them the option of buying notebooks, pencils and binders for them.

PQ Leader Jean-Francois Lisee says the option would give parents the choice of signing up for the package or taking the $100 currently given by the province and buying their own supplies.

Parties still have several candidates to announce, with the Liberals and the Coalition set to unveil hopefuls who've been rumoured to take on the health portfolio after the Oct. 1 election.

The Liberals are to introduce Gertrude Bourdon, a nurse turned hospital administrator who spurned the Coalition's overtures to represent Couillard's party in the Quebec City riding of Jean-Lesage.

The Coalition has announced Danielle McCann, who once ran Montreal's regional health agency, will run for the party in the Montreal-area riding of Sanguinet.

Legault, who has indicated he may choose someone outside the health sector to run the Health Department, said McCann has all the qualities to hold the portfolio.

But he added he wouldn't tip his hand Friday on the identity of the future health minister.