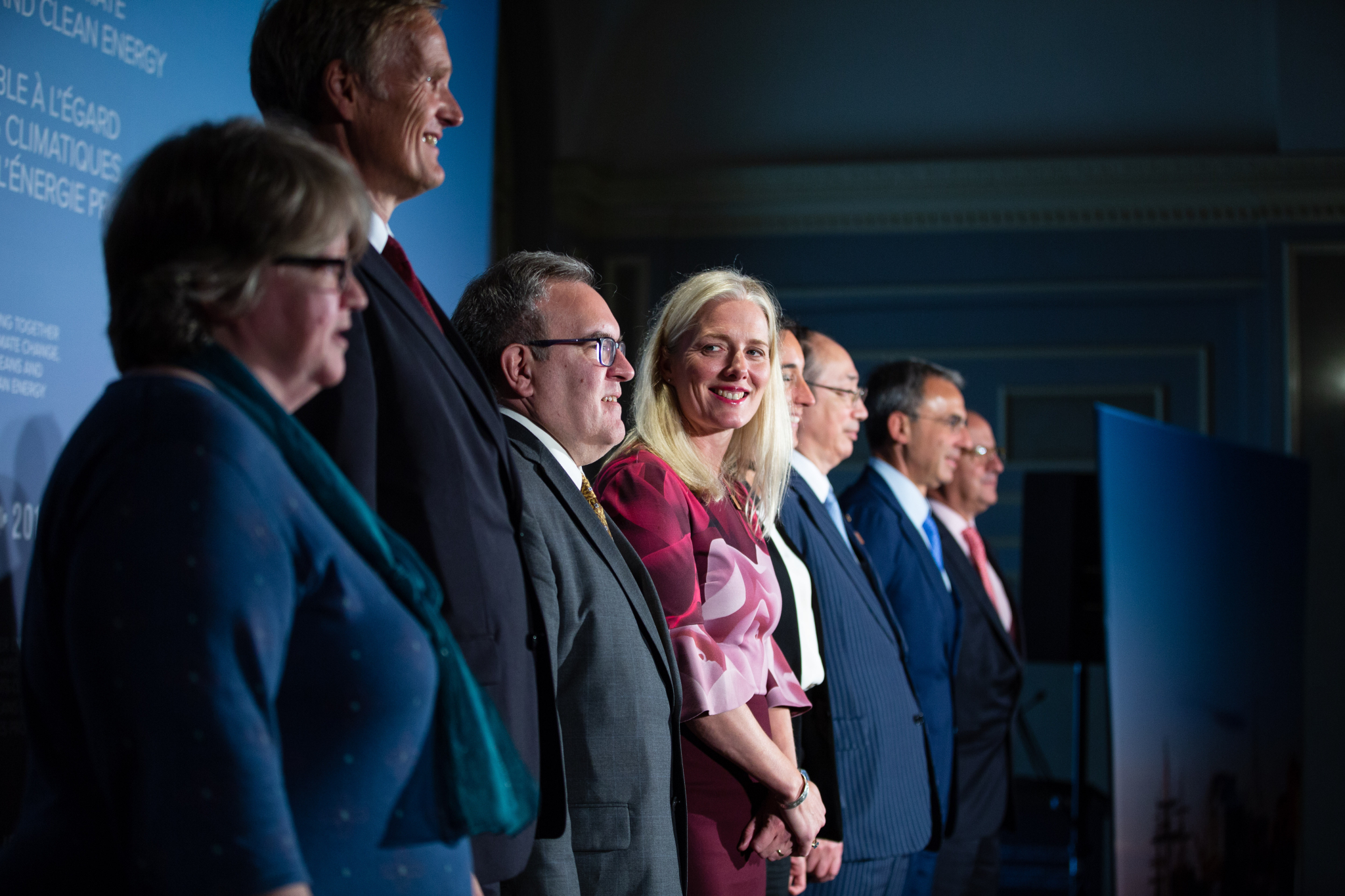 As climate change warms the oceans and melts polar ice, rising the seas and provoking extreme storms, G7 members have found themselves unable to share basic facts about their promise to kill off government handouts to carbon-polluting industries.

Canada is the largest provider of fossil fuel subsidies in the G7, per unit of GDP, according to a recent study by the International Institute for Sustainable Development. The G7 pledged in 2016 to eliminate them by 2025. But last year the group dropped any reference to oil and gas handouts, and this year such references were similarly absent.

At Wednesday’s G7 meeting in Halifax, Environment and Climate Change Minister Catherine McKenna appeared unwilling to get into details about any subsidies talks the group may have had, or are scheduled to have, when National Observer asked.

“Canada is committed to that (phasing out subsidies), and Canada is moving forward on that. We’ve already eliminated some subsidies, and we’re going to keep on doing that, and we’re going to do that in a way that you can protect the environment, tackle climate change and also grow the economy,” said McKenna.

When National Observer pressed her on whether there had been any subsidy talks so far, or if the group was expecting to address them, McKenna pointed out the publication had gone over the allotted amount of questions.

"I think this is your third question,” is all she said in response, to laughter in the room.

Government sometimes sets limits on questions to give all reporters a chance to get questions in. The press in this case were limited to one question and one follow-up. McKenna gave an opening statement that was roughly 10 minutes, and took questions for 18 minutes from four reporters in the room.

McKenna regularly has numerous public events where she takes questions from reporters.

Subsidies to the oil and gas industry have been shown by multiple studies — such as one recently by former government and business leaders, organized by seven countries — to “prop up the old, polluting, and socially unequal economy” and block real progress on climate action.

Canada's fossil fuel subsidies haven't been properly defined or studied by the government, and only partially addressed in legislation, according to a federal auditor general report in 2017. Ottawa said earlier this year it would undergo a joint analysis of fossil fuel subsidies with Argentina, but has said little since.

Canada and other G7 members — France, Germany, Italy, Japan, the United Kingdom and the European Union — have had to deal with questions about the United States, after U.S. President Donald Trump moved to pull the U.S. out of the Paris climate agreement and roll back coal and other environmental regulations.

Canadian ministers can hardly contain their frustration with the situation, which has been exacerbated since June when Trump blew up the G7 leaders’ summit in Charlevoix, Quebec by issuing a tweet rejecting the group’ final statement.

“I think we as the G7 — or at least most of the G7 — need to recommit ourselves to the fight against climate change. That may be a bit of an issue with some members of the G7,” said Fisheries and Oceans Minister Jonathan Wilkinson, in an interview with National Observer.

“If one country takes action, then nobody else does, you make no dent in the problem. And so, what you saw after the American decision to withdraw from Paris was a recommitment on the part of virtually everybody else to the goals of Paris.”

Wheeler shows up for press meet — as a spectator

Andrew Wheeler, the former coal lobbyist now heading up the U.S. Environmental Protection Agency, is attending the G7 and has appeared at scheduled meetings that have been open to the press. But he has uttered no words during those appearances.

Wheeler sat silent during the Sept. 19 meeting of G7 environment ministers, where Mark Carney, chair of the Financial Stability Board, spoke via teleconference to the group about “the great accomplishment of Paris" and the “drive away from coal.”

“The more action there is on climate policy, the more the market is going to be anticipating this direction, the more it’s going to shift to those opportunities,” said Carney.

Wheeler did show up for McKenna’s press conference later in the day — only to sit himself down in the front row with other foreign ministers, even as reporters asked questions about his administration.

“The United States has taken a different position on the Paris agreement, that’s well known,” said McKenna, as Wheeler looked on.

Nicholas Stern, chair of the U.K.-based Grantham Research Institute on Climate Change and the Environment, gave a briefing Wednesday on an earlier closed-door meeting of investors and foreign officials on sustainable finance.

Stern said the “fruitful” discussion touched on carbon pricing, climate resilience, insurance systems and the role of the private sector, including hearing from the Geneva Association forum on extreme events and climate risks.

“This is the growth story of the 21st century,” he said. “They’re not just opportunities, they’re profitable opportunities.”

He said those who don’t act “risk being left behind.” Finance and environment ministers around the globe must “move together” to fight climate change and help humanity survive extreme events that can destroy capital and kill people.

Stern also discussed natural capital, like watersheds and forests, which he called “valuable defence mechanisms” and he said the G7 could take a lead on breaking down impediments to support small island states in their climate resilience.

'People need to know where their money is going'

Meanwhile, both Stern and Carney discussed climate-related financial disclosure, which Canadian securities regulators have said institutions across the country will have to better embrace, after their investigation found nearly half of companies investigated were only disclosing "boilerplate" data or nothing.

Such disclosure "needs to be expanded much more,” said Stern. “People need to know where their money is going.” He described this as “grunt, detailed work” but “enormously important.”

“If you want to turn over capital quickly, you need that kind of information,” he said.

Carney addressed the group from a television — "its a pleasure to be in Halifax, even virtually,” he said — and placed his comments in the context of the need for countries to translate their own UN carbon pollution targets into “real national action.”

He said there is over $80 trillion in financial assets that are controlled by entities that have signed up to support climate disclosure.

"The demand side is there,” he said.

But he reminded the crowd that even if countries met their current Paris agreements, the planet would still warm by 2.7 degrees Celsius, way over the threshold the UN has targeted as critical to prevent dangerous and destructive climate change.

With Trudeau's purchase of

McKenna preaches climate action but the fossil fuel industry still has control. How do Liberals park their conscience? Lying has become second nature.
How fare is it that taxpayers are paying to subsidize the industry that the Liberals say we must wind down? As long as Liberals remain married to the industry we should not be paying a carbon tax.

I don't suppose there were

I don't suppose there were many questions from the tiny assembly of mainstream media reporters that assumed the premise of Mark Carney's position?

Did anyone inquire as to why British finance capitalists of the stature of Mark Carney and Nicholas Stern can take such progressive positions while other G7 representatives perform the traditional verbal dances..

The Liberal gov't has proven

The Liberal gov't has proven itself hypocritical and duplicitous in the extreme - touting action on #climatechange and then buying #TMX. A perfect example of how the #fossilfuel industry has captured the Canadian government. Read Kevin Taft's book, Oil's Deep State.