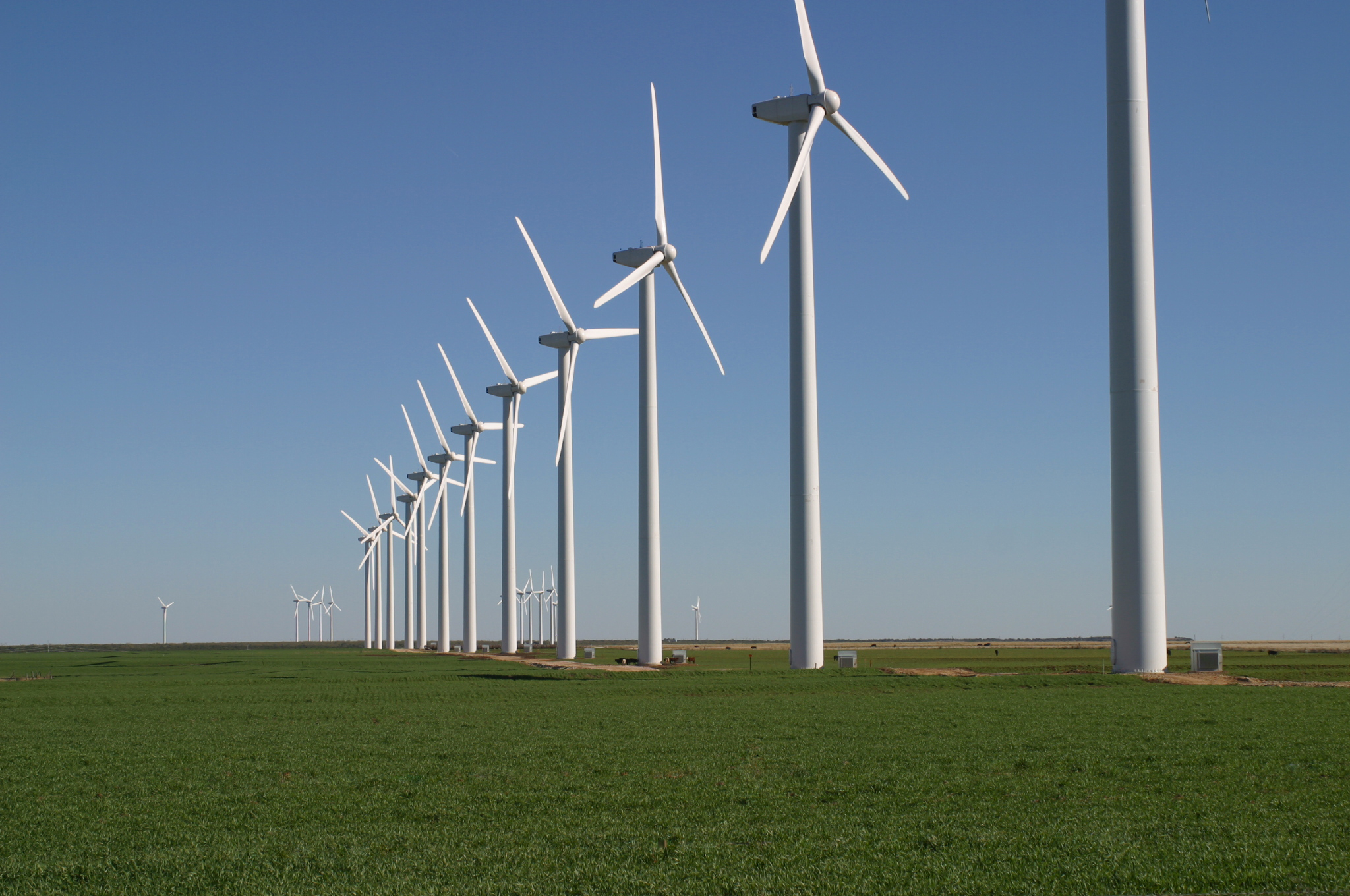 Canada exports two-thirds of its oil production today. For our energy sector to prosper, we should export two-thirds of our renewables tomorrow.

Over the past decade, the idea of 100 per cent emission free electrical grids has gone from infeasible to inevitable. This is particularly so in Canada, where our electricity is anchored by hydro (60 per cent) and nuclear power (15 per cent).

But it’s time to move the goalposts from 100 per cent of our domestic needs to 300 per cent.

With almost seven per cent of the world’s land mass and less than 0.1 per cent of the world’s population, Canada is a natural exporter of resources. We export roughly 10 per cent of our electricity, one-third of our natural gas and the aforementioned two-thirds of our crude oil. To meet the needs of a low carbon world, we can build clean new industries on the scaffold of our fossil fuel expertise.

Whether exported as electrons or molecules, across the border or overseas, large surpluses of clean Canadian energy can provide pan-Canadian community prosperity and help in the generational race against the climate crisis.

The glass half empty

Wherever our enthusiasm takes us, we should look through the skeptical lens of others’ eyes.

If our neighbours boasted that they could afford 100 per cent of the mortgage payment on the property they just bought, we might nevertheless wonder: “What percentage could they afford if they get laid off or interest rates rise? Suppose property taxes or insurance costs go up?”

Outside the bubble of Metro Vancouver — the Canadian tropics — even the eco-inclined might worry whether fully emission-free grids could meet all of Canadians’ needs when our energy use peaks. We need to move away from fossil natural gas as part of our energy transition, but in the cold, cloudy and sometimes windless depths of the boreal winter, Canadian monthly residential natural gas use spikes five-fold. At these times solar will be insignificant, while wind will remain intermittent.

To meet the needs of a low carbon world Canada can build clean new industries on the scaffold of our fossil fuel expertise.

Calling for a 300 per cent (of domestic use) emission-free grid will change the conversation. If their kids could afford 300 per cent of their mortgage payment — clearly hypothetical given today’s housing market — what parent would worry? A 300 per cent target (versus domestic use) accomplishes the same thing: it creates an enormous clean energy surplus that will allow us to plan comfortably for even the biggest mid-winter needs.

There’s still another reason for targeting 300 per cent. A recent report by the Canadian Gas Association estimated that — after factoring in population growth, significant electrification of transport and industry, extensive building retrofits as well as rapid advances in cold climate air source heat pumps (to replace electric baseboard and natural gas heating) — Canada’s peak electricity demand in 2050 would be 315 per cent as high as it is today.

Their solution, unsurprisingly, is to use the gas network to help meet Canadians’ heating needs in the coldest of weather (below -10 C). Then peak electricity demand in 2050 would then only be about 185 per cent as high.

If we focus on achieving 300 per cent of our domestic needs, the renewables build-out will help us hit and easily exceed the higher of those peak demand projections. The renewables surplus will help us “electrify everything,” focus entrepreneurs on enormous, transformational clean energy export opportunities, and mitigate fears of fossil-sector workers.

Climate-conscientious readers might object to referencing a report from the Canadian Gas Association. The danger is that we might blind ourselves to challenges as completely as some fossil advocates have blinded themselves to the realities of climate change, the renewables revolution and the energy transition.

The climate cost of using fossil natural gas might not be worth the benefit of reducing peak electricity demand — but what if by 2050 it was all renewable, facilitated by the surplus from a 300 per cent (of domestic use) emission-free grid?

Repurposing and retrofitting Canada’s natural gas infrastructure for emission-free gas — as hydrogen, most likely — would be the national energy equivalent of cities’ spectacular success in reclaiming fossil automobile-centric streets into protected bike lanes. The United Kingdom plans to methodically accomplish this in six phases with its H21 program.

Renewables would benefit, thanks to the demand for enormous amounts of clean electricity required to generate the hydrogen through electrolysis (splitting water). Some hydrogen may come from biogas and biomass gasification. In British Columbia and Alberta, stranded natural gas is so inexpensive that even with the cost of carbon capture, it may be the lowest-cost feedstock. A detailed analysis is made in the BC Hydrogen Report, which the writer co-authored.

British Columbia’s CleanBC plan already has a 15 per cent Renewable Gas mandate by 2030. In 2016, the province consumed about 225 petajoules (PJ) of electricity — and 350 PJ of natural gas. And unlike oil combustion for transport, where only a fraction of the chemical energy is turned into forward motion, natural gas is primarily consumed for heat, at very high efficiency.

Under CleanBC, 50 PJ (15 per cent) of the gas energy will soon have to be renewable gas. If fully supplied by renewables through electrolysis about 75 PJ of electricity would be needed: a 33 per cent increase in BC consumption, and a tremendous opportunity for renewable energy project developers and advocates, immigrant and First Nations communities alike.

This concept is no longer abstract. On January 17, Renewable Hydrogen Canada — led by Juergen Puetter, who built British Columbia’s first wind farm — announced it had secured financing to build an electrolyzer to produce green hydrogen for injection into BC’s gas grid. (A project overview is available on their website.) The necessary electricity will be provided by a new 200 megawatt wind farm which will be the second-largest wind farm in western Canada. Waste heat will be used for First Nations-owned greenhouse agriculture.

The green hydrogen will represent three per cent of the Enbridge pipeline’s natural gas flow, and the project could begin operations three years after Enbridge approves the injection request. (Natural gas pipelines, equipment and appliances are designed to tolerate modest amounts of hydrogen. As this proportion increases, perhaps beyond 10 to 15 per cent, retrofits and upgrades will be required.)

For climate advocates, a renewables target of 300 per cent of domestic electricity consumption would create a persistent electricity surplus large enough to direct toward every climate solution.

As we “electrify everything” and domestic electricity use increases, we should build more renewables to maintain that 300 per cent (of domestic use) target. The implied surplus should assuage skeptics that we will find solutions to meet Canadians’ peak mid-winter energy needs.

So, would you like to just come out and say that "Site C" is a good thing, and should be not just built, but made as large as possible? The non-reliable power from wind and solar badly need clean, green hydro to supplement them. Building hydro dams with deliberately oversized turbines and penstocks can provide something even better than 7x24 hydropower; they can provide storage by running the dam at 200% of 7x24 flow when other renewables are down, then let water pile up behind the dam when wind and/or sun are running.

If you need even more storage, you can actually put in electric pumps and motors, run from excess wind/solar, and store power as water with about 75% efficiency. Cheap storage is the real key to wind and solar - estimates are that we need $20/kWh of storage capacity:

...and batteries are currently ten times that.

The NO has a depressing tendency to imagine that indigenous and climate concerns are always perfectly aligned, but the fact is that they can be in opposition, and if you're going to editorialize, you may sometimes have to pick a side.

The article starts with a

The article starts with a flawed thesis: "Canada exports two-thirds of its oil production today. For our energy sector to prosper, we should export two-thirds of our renewables tomorrow."
Why?
Canada should of course export goods and services to countries that provide a market--always asssuming we are not talking about fossil fuels. But there is no reason that Canada should export 'our renewables'. That can only mean either biomass or electricity. Canada is already exporting more than enough wood products, and electricity from renewables should be stored to ensure that renewable power is sufficient, dispatchable, and adequate to meet peak demands. There is absolutely no need to export renewable power. Electric vehicles, buses, ships; GWh energy storage systems; carbon capture and direct air capture technologies; MW-scale wind turbines; smart everything: that's what Canada should be exporting.