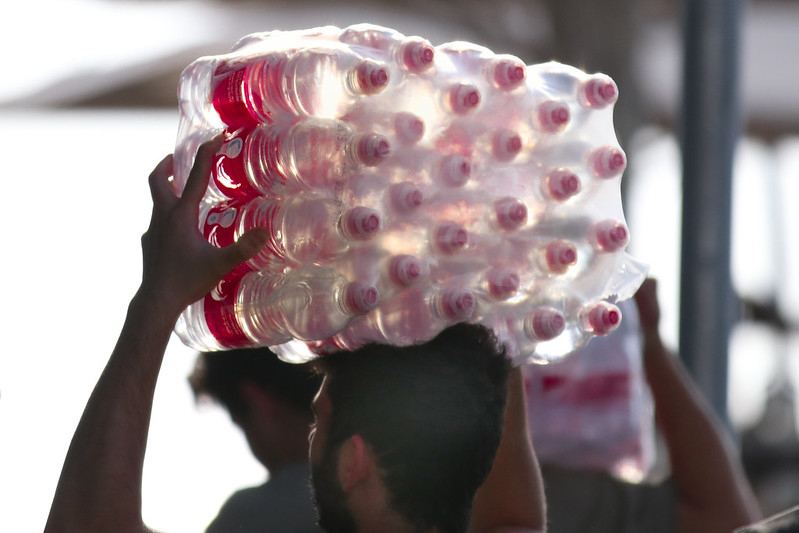 Washington has taken a major step toward becoming the first US state to restrict companies looking to extract, bottle and sell local water supplies.

On Monday night the state senate passed a bill that would ban new permits for water bottling operations. SB 6278 states “any use of water for the commercial production of bottled water is deemed to be detrimental to the public welfare and the public interest” and would apply retroactively to new permits filed after 1 January 2019.

The move was hailed by water campaigners, who declared it a breakthrough moment in the fight against the privatization of such a valuable public asset.

“Washington State is carving the path towards a groundbreaking solution,” said Mary Grant, the director of Food & Water Action’s public water for all campaign, in a statement. “This legislation … would ban one of the worst corporate water abuses – the extraction of local water supplies in plastic bottles shipped out of watersheds and around the country.”

Bottled water is the most popular packaged beverage in America by volume. But in the places where that water is sourced, the industry has enjoyed far less approval. Residents of Lewis county, in the watershed at the base of Mt St Helens in southwest Washington, have been fighting a new Crystal Geyser bottling plant that would pump and package 400 gallons a minute. SB 6278 would scuttle the company’s plans.

A proposed Crystal Geyser bottling plant near Mt Shasta in northern California has also been subject to intense opposition, but a judge dismissed a lawsuit against the project last October. Nestle’s water extraction operations in the San Bernadino national forest in southern California continue with the approval of the US Forest Service, despite public criticism and a state report that found the company was pumping more than was allowed.

In January, Crystal Geyser pleaded guilty to illegally storing toxin-laden wastewater in an “arsenic pond” in eastern California, and delivering the water to treatment plants without disclosing its hazards. The company is expected to be ordered to pay a $5m fine at a 24 February sentencing hearing.

Arsenic is a poisonous heavy metal that naturally occurs in much of California’s soil and often makes its way into pumped groundwater. In 2019, studies by the Center for Environmental Health and Consumer Reports found elevated arsenic levels in several bottled water brands.

Other states are also looking to limit or tax commercial water bottling operations, with state bills introduced in Maine and Michigan and local ballot measures passed in Oregon and Montana.