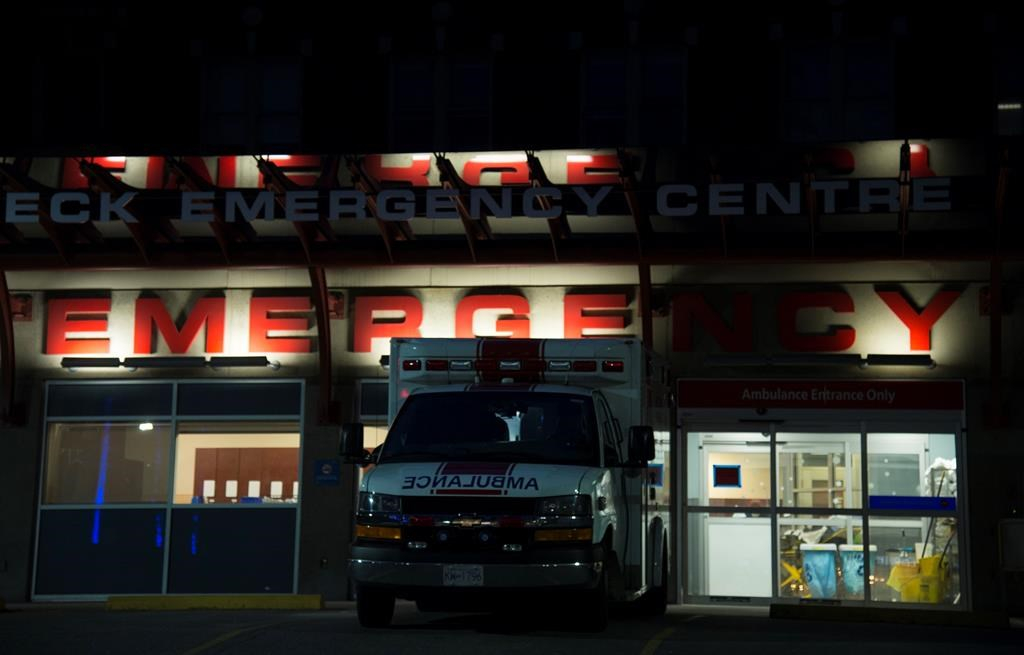 Vancouver's fire department is preparing to stop responding to the site of non-critical medical calls to preserve its ability to respond to major fires and other emergencies during the COVID-19 pandemic.

Fire Chief Darrell Reid told a news conference this week the department is looking at changing its service model, in a move representing one of many ways emergency response across the country is evolving as the novel coronavirus spreads.

"We're triaging ourselves to maximize our ability to stay resilient for a long term," Reid said.

The experience of other countries around the world illustrates that COVID-19 calls may evolve to become top-priority medical calls, Reid said. Firefighters understand they still play a role in the health-care system, particularly in urgent cases, and are prepared to respond to those as need.

But the idea is to preserve the fire department's capacity to respond to fires and other emergencies as pressure mounts on the system.

"There's actually a lot of science behind triage, it's literally a scoring system based on the severity of calls," Reid said.

British Columbia Solicitor General Mike Farnworth said the province is already seeing retired first responders step up and offer to help in case they are need.

Beyond abiding by directives made by public health officials, it's up to local emergency units to make their own decisions about adjusting service models depending on the size of a detachment, its schedules and the situation in a particular region, he said.

In Halifax, Deputy Chief Dave Meldrum said the fire department is asking firefighters to avoid non-essential travel outside the province and to self-isolate even if they've returned to Nova Scotia in the past two weeks.

And while four firefighters used to respond to calls together, only two will touch a medical patient directly now.

When arriving at a call, one firefighter will interview those in the household about travel history and symptoms using a screening tool from a distance of six feet away. If a risk is identified, they will don protective gear before entering, he said.

The fire department already has 95 disposable respirators, protective eye wear, gowns and gloves but are introducing new kits tailored to protect frontline responders against the virus.

"We are this week rolling out a whole new series of kits, we're calling them COVID kits, in heat-sealed bags and we're putting them in all our response vehicles," Meldrum said.

For now, emergency calls are being sorted through the dispatch service and firefighters are not being directed to respond to potential COVID-19 medical calls, he said.

Others are not predicting an increase in emergency medical calls related to COVID-19.

Alberta's chief paramedic, Darren Sandbeck, said since the pandemic began, paramedics have actually seen a slight decrease in emergency calls as most questions about the virus go through the 811 medical helpline.

Paramedics are prepared to protect themselves with similar protective gear in case they do respond to coronavirus calls, he said.

Some RCMP detachments across Canada are reducing or suspending certain front-counter services and others normally offered in their offices, in consultation with local authorities.

But the Mounties national headquarters said the pandemic is not affecting how police respond to emergencies.

"There has been no change to the RCMP’s response to critical and emergency matters," spokeswoman Catherine Fortin in a statement.

The RCMP has plans for national and divisional emergency operations related to health emergencies, as well as business continuity plans. These plans will be activated if and when required, she said.

This report by The Canadian Press was first published March 20, 2020.