Are politicians taking their own advice? 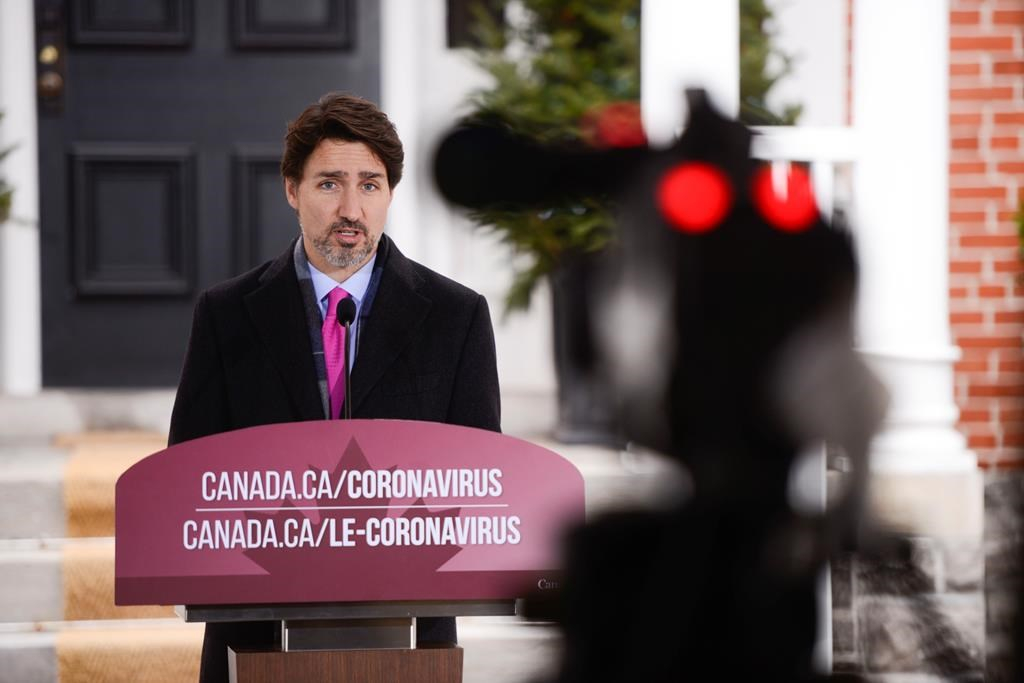 Canada's politicians have been urging the public to work from home during the COVID-19 crisis, but a look at federal and provincial leaders suggests not all of them are following their own advice.

Behaviours run the gamut, from Prime Minister Justin Trudeau holding his daily news conferences in front of his residence to provincial premiers touring factories that are producing key protective equipment.

But industry watchers suggest the two approaches each have merit, saying both leadership by example and direct engagement with a pressing issue offer something valuable during an unprecedented time.

Alan Kearns, managing partner of Ottawa-based leadership consulting firm CareerJoy, said both approaches have allowed Canada's politicians to fair better than some of their international counterparts as they steer the country through the global pandemic.

Whether standing alone at a podium or conducting workaday business from a largely deserted office, Kearns said Canada's political leaders are upholding the crucial principle of practising what they preach.

"It's not what you say, it's what you do and what you say," Kearns said in a telephone interview. "There may be appropriate situations where a politician steps into a situation to offer encouragement or in a crisis scenario, but I think they have to be deeply thoughtful about the reasons for that."

Kearns pointed to Trudeau as the most striking example of leadership by example throughout the COVID-19 crisis. Since the day after his wife Sophie Gregoire Trudeau tested positive for the disease caused by the novel coronavirus, the prime minister has conducted everything from news conferences to first ministers meetings from his Ottawa home.

Kearns said the visual image of Trudeau standing alone while urgently calling for strong physical distancing measures stands in stark contrast to the sorts of crowded news briefings and frequent handshaking displayed by some international politicians.

On Wednesday, Trudeau indicated he would continue that approach, making exceptions only for events such as a cabinet meeting scheduled for later the same day.

"I will continue to work from home day in and day out as we're asking most Canadians to do," he said. "There will be moments for strategic meetings or particular issues where I will go in to the office for meetings, taking all proper precautions, but most of my work will continue to be from home on the telephone."

Politicians ask public to work from home, but are they taking their own advice?

Trudeau's approach seems more stringent than that employed by most provincial and territorial leaders so far, though all have made significant changes to daily routines and work environments.

Premiers such as Saskatchewan's Scott Moe, Ontario's Doug Ford, and Sandy Silver of the Yukon Territory all continue to go into the office, but limit meeting attendees and practise the sorts of physical distancing measures advised by public health officials.

A spokeswoman for British Columbia Premier John Horgan said nearly all meetings are now conducted virtually either from his home or the provincial legislature.

Newfoundland and Labrador Premier Dwight Ball has similarly restricted travel between his office and condo, but said maintaining some presence at the seat of provincial power is important in order to complete key government work.

"If I was feeling symptoms I would be staying home," he said. "Right now, it's a very closed environment. The bubble is what it is, and there's very few people that are inside that bubble."

There have been occasional deviations from the new routine, such as Ford's recent trip to a factory making personal protective equipment, which is currently in short supply across the country.

Both Kearns and McMaster University associate political science professor Peter Graefe said there's room for such departures in the current environment, as long as they bear no trace of the partisan wrangling so common in ordinary times.

"In a moment of crisis, citizens grant their executives ... a lot of confidence that they will be making the right decisions," Graefe said. "The moment those executives begin to be acting in a partisan manner, they'll pay a very big price."

Stephen Azzi, associate professor of political management at Ottawa's Carleton University, said provincial and territorial leaders are offering sound overall leadership, but he would prefer to see them adopt Trudeau's approach and shift government business almost exclusively to their homes.

But he contrasted their active physical distancing measures and zealous promotion of public health advice to the approaches taken by American governors, some of whom he said have yet to start urging residents to stay at home.

He also said their comparatively cautious approach should ensure they remain healthy themselves and able to stay involved in the COVID-19 response.

The perils of neglecting that consideration came into stark relief earlier this week when British Prime Minister Boris Johnson was admitted to intensive care days after testing positive for COVID-19.

"Leaders can't lead if they're not well," Azzi said. "It's not just a question of setting an example, it's a question of maintaining their own well-being."